Groups for the Olympic Games in Tokyo 2021

The draw for the water polo tournament at the Olympic Games in Tokyo took place in Rotterdam. 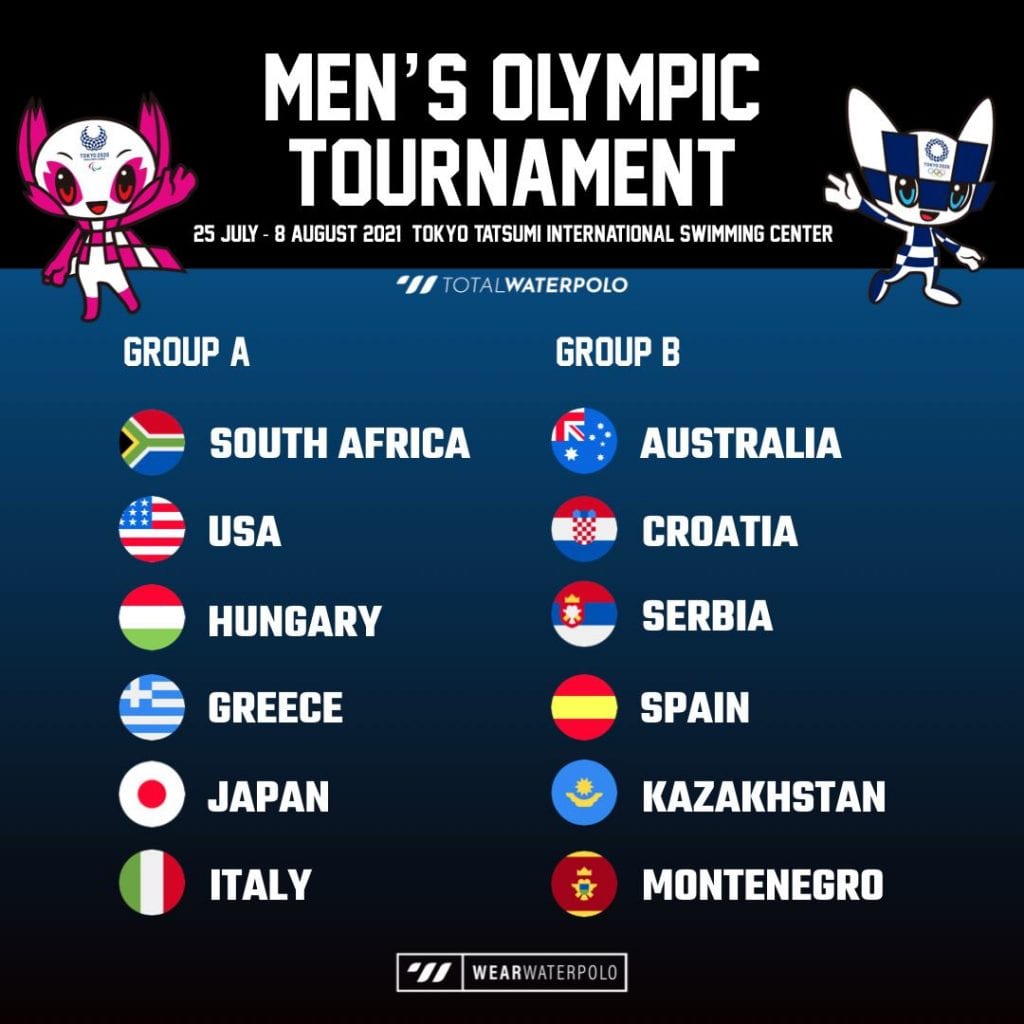 Olympic champion Serbia for men will play in Group B, along with two neighbors and archrivals – Croatia and Montenegro, which secured their Olympic berths this week in Rotterdam. Spain, the silver medalist at the 2019 World Championships and the 2020 European Championships, Australia, and Kazakhstan are also in this group.

Five years ago, Serbia defeated Croatia in the final of the Rio Games. Italy finished third at the previous Olympic Games.

Group B seems stronger than Group A. European champion Hungary and World Champion Italy are the favorites In Group A, but Greece is also one of the contenders for the high rank. Besides three Europeans, the USA, Japan, and South Africa were drawn in this group. Team USA is growing from year to year. Japan and South Africa are underdogs here, but the hosts are preparing for the Games seriously.

Four teams from each of the groups will qualify for the quarterfinals. 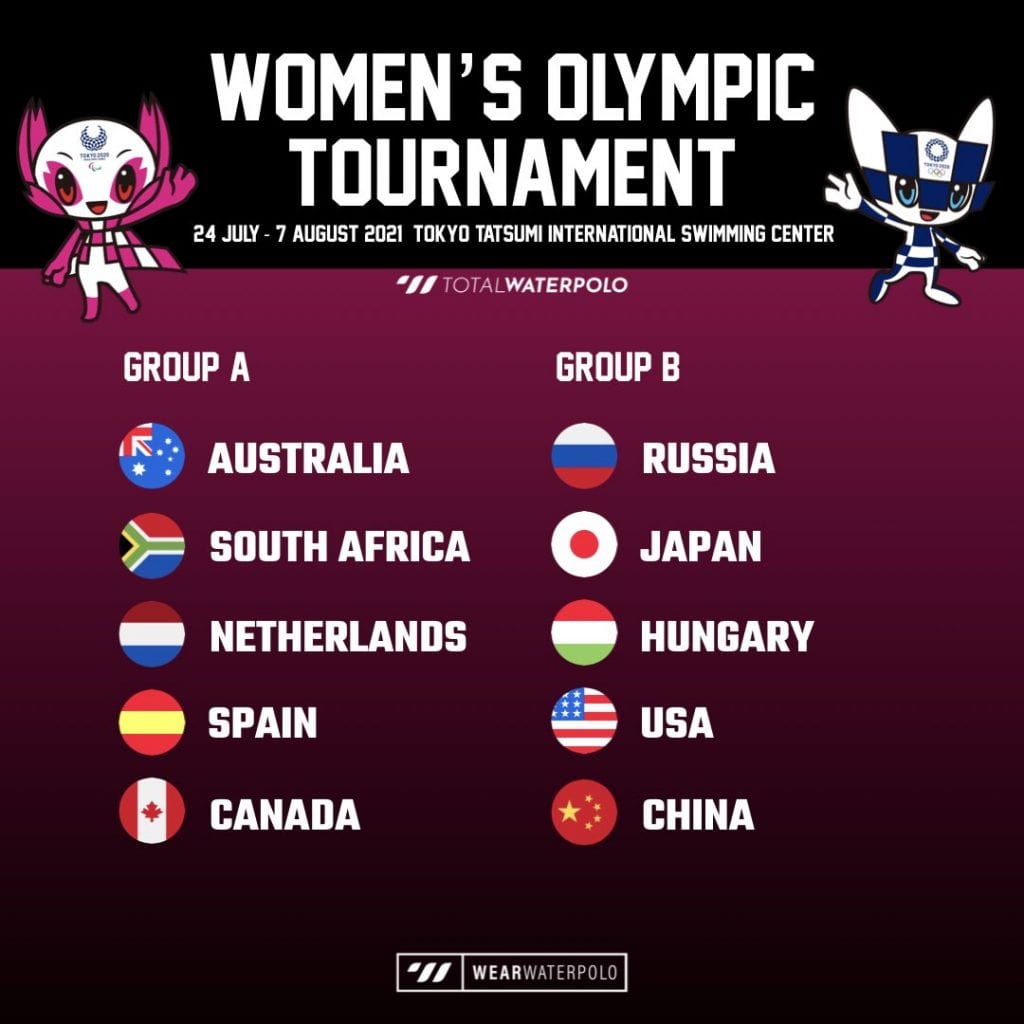 For the first time, ten teams will play at the female Olympic water polo tournament.

Team USA, which has been dominating the women’s water polo in the past few years will play in Group B, along with Hungary and Russia, the 2nd-placed and 3rd-placed team at the 2020 Europan championships. Russia won the bronze medal in Rio 2016. Italy, which was 2nd in Rio, didn’t qualify for Tokyo.

Spain (the European champion and the silver medalist at the 2019 World Championships), the Netherlands, and Australia are the favorites in Group A.

Four teams from each of the groups will qualify for the quarterfinals.

South Africa yes or no?

Rumors that South Africa might withdraw from the Olympic Games water polo tournament have appeared in the past few weeks. That came after South African journalist Greame Joffe’s post on Twitter. He posted that the members of the South Africa water polo teams were told by their swimming federation and National Olympic Committee that they have to pay the costs of the travel to the Tokyo Games. Reportedly, each athlete has to pay 100.000 South African Rands (approximately 5.600 Euros).

But, in a document called “Selection Criteria for Water Polo Olympic Games”, posted on the website of the South African swimming Federation and dated October 2020, there is a point 2 that says “This tour will be self-funded”.

According to the official documents that have been posted on the same website, the national teams of South Africa got used to traveling to the competitions under these conditions.

South Africa’s participation in the 2019 FINA World League Qualifications, 2017 World Championships, the 2019 World Championships, the 2018 Commonwealth Games, and many other continental competitions and for senior, junior and youth athletes were self-funded tours or team members paid the contribution.
.
Most of the costs at the Olympic Games are covered by the organizers and the Olympic Village. The Games are approaching, so it will probably be announced soon what of this information is accurate and how much the players have to pay.

The men’s team of South Africa won 12th place at the 2019 World Championships, while the ladies finished 14th.