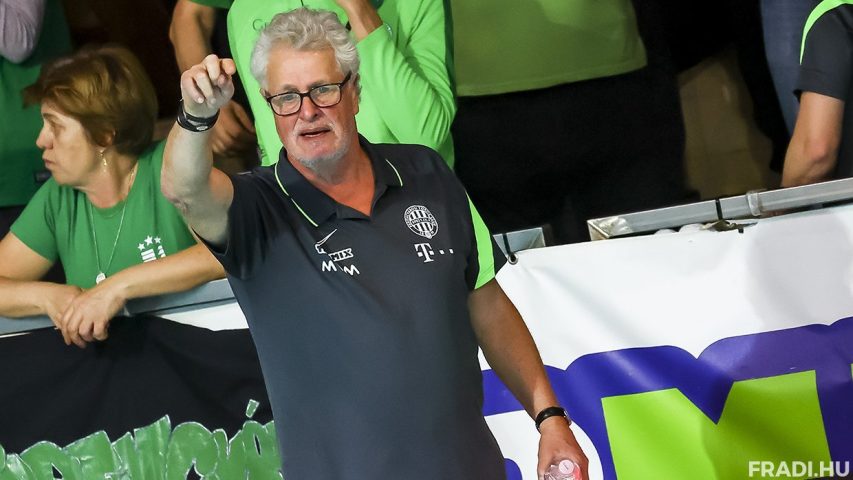 With the World League Super Finals in Tenerife keeping many of Europe’s top leagues on hold, many women’s teams will get an extra week to keep-up preparations for the next section of the season, the busy run-up to Christmas.

In Hungary, the women’s league pressed the pause button as long ago as the 22nd October, and won’t resume until the 19th November, with the Hungarian Cup quarter-finals taking place this week.

With the considerable break between games, we thought it was a good time to catch up with Ferencváros’ head coach, Gyorgy Gerendas, to talk about his team’s progress, who take on Dunaujvaros this evening in the Hungarian Cup.

The Ferencváros women’s section is one of the fastest growing women’s teams on the continent. Six years ago, the team didn’t exist, but now, they are in a title battle with some of Hungary’s more established women’s teams. Gerendas believes it’s time for his team to become winners:

“If you turn the clock back two or three years, this team demanded medals, and in the past two or three years, we have had bronze medals. This year though, this team demands finals. If we talk about my mentality, five years ago, when we started all of this, I thought we wouldn’t be able to make it to the finals, but this year we could. It’s a cliche, but if you make a final, you won’t ever be happy without winning it.”

And his Fradi team came pretty close last season, sitting at the top of the league for the majority of the campaign. In the end, FTC finished third, defeating BVSC in the bronze medal games. But for Gerendas, this was a disappointing outcome:

“We felt really bad because the team was leading the championship for a long time, but when the two most crucial games came in the season, we played horribly. From the point of view that we couldn’t even manage a single point out of a potential six in these two games, you feel bad. On the other hand, if I look at the performance objectively, if I were asked before the season what could be a reality for this team, I would have said the same order for the three teams. Objectively, I say that third place was fair for us. ” 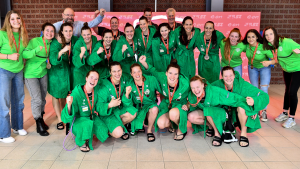 Over the summer, however, Fradi invested heavily, adding key players that the 68-year-old head coach believes will bring his team close to being the finished article:

“The team was not complete last year because we were missing left-handers. It was a missing piece of the puzzle. We have a team that has never been to Ferencvaros. But now we are almost complete. I am not saying that we have two equally strong lines, but they are very close to each other.”

FTC’s ascension to the top of summit of women’s water polo in Hungary has been impressive, and its a experience that Gerendas is enjoying: 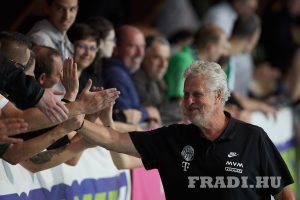 But they are still yet to lift the Hungarian OB I, their biggest goal. Tactically, Gerendas believes a pragmatic approach will be his team’s best route to the title:

“My team needs to realise how important it is to play defensive based gameplay. If I asked them to play all the games to be 0-0, they would still be scoring six goals, because we have so many goal-scorers. But this team, this year’s Ferencvaros, needs to learn how to play the defensive game, and of course, attack as we know. If we manage to do this, it will be really hard to stop us.”

Five Fradi players featured as a part of Attila Biro’s side that won silver at the World League Super Finals. Their club coach explains why this period has been so challenging for him and his players:

“The point of the last few weeks has been to survive, because if we step back a bit, we see there are three different international events with the team. This is abnormal. This is not okay. I got the players back after the world championships and the European Championships. I had two and a half weeks to work with them. After three weeks of preparation and games, I need to hand seven of my players over to the national team. It’s been three weeks since we last trained, we have to play a crucial game in the Hungarian Cup (DFVE tonight). 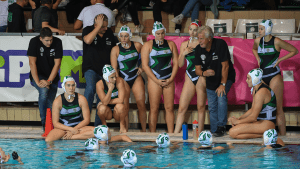 However, Gerendas is incredibly proud that Fradi now has a big influence within the national team; particularly with squad players who received their ‘playing education’ at the club:

“I think the credit goes to Ferencvaros and the coaches. Let me put it this way: wherever I worked, wherever I went, I always liked the feeling of giving potential players to the national teams. For example, Boglarka (Neszmely) is a completely homegrown player, and although the Fradi women’s team had not existed six years ago, it’s wonderful to say that within this short period of time we were able to manage to add  players to the national team.

It completely goes back to the managers of Ferencvaros and all the coaches that have been working with these players. It’s amazing to see how motivated they are and how much effort they put into being part of the national team of Hungary. It’s good to say that they are not just knocking, but kicking the door down of the national team.”

Gerendas described the hectic international schedule as ‘extreme’, and believes that the development of water polo would be better served by concentrating on club teams rather than national teams:

“I think it’s a bad way to organise as many international tournaments with the national team, instead of focusing on the domestic championships and the clubs and the international club events, and it’s horrible. Think about it. It takes decades to build up a competitive or potentially competitive international team. But, for example, to make a relatively unimportant Swiss club become a contender for the Champions League, it is a question of money, and it takes only a few years. One is manageable, and the other is not. It’s weird that nobody realised this.” 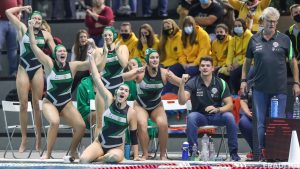 Back to Ferencvaros, and Gerendas believes that the success of the men’s team puts pressure on his squad to deliver trophies:

“Fradi terribly needs us to win a title, but there are bumps on the road, and the biggest bump on the road is the senior men’s team. The men’s team has more chances to win titles than us, and it is not written down, and it is not in the referees’ minds, but subconsciously. Fradi has already won this and that. It’s bad what I am saying, but if we had a bad men’s team that never won anything, it would be easier for us to win.”

But Gerendas, an Olympic Gold and Bronze medal winner, is a fighter, and says its in his character to keep pushing his team to success:

“I was born with this package. When I was 4 years old in kindergarten, I had a friend that was a girl. One day, when all the parents were in the kindergarten, someone hurt this girl, so I pushed this guy into the nettles, and he was sent to the hospital because he had so many rashes. Somehow, in a silly way, I magnetise this kind of tension, or maybe I trigger it, I don’t know. But I can’t do it anyhow else.”