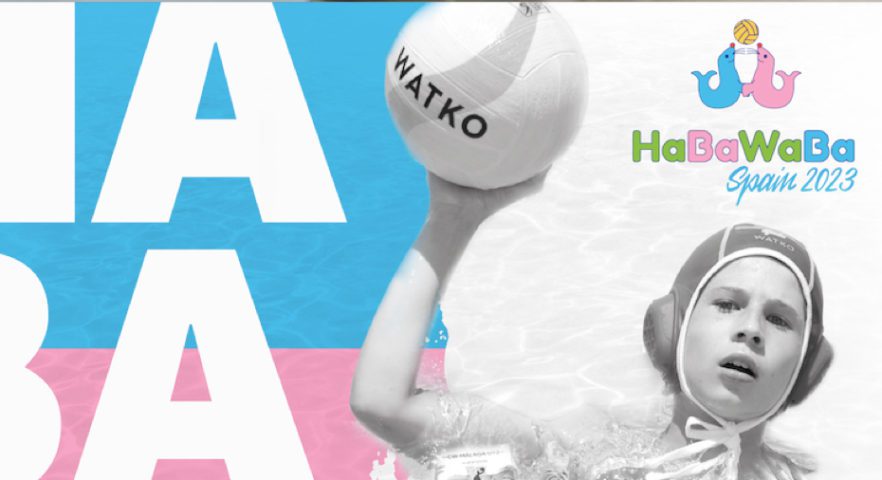 The Spanish version of the world’s most famous water polo tournament for kids keeps expanding. In 2023, it will be held in two different locations and  welcome three different age groups from 9 to 14 years old.

The first tournament on the calendar is the brand-new Plus, which will take place in Lloret de Mar from January 2 to 5 for u14 co-ed teams, at the  Olympic indoor swimming pool.

For the third year in a row, HaBaWaBa Spain’s 5th anniversary will be held at  the Olympic Sylvia Fontana swimming pool in Tarragona. On this second  venue, u10 and u12 co-ed teams from all over the world will have a blast  playing their favorite sport from April 1 to 4.

HaBaWaBa (Happy Baby Water Ball) symbolises the joy of a child practicing  “the sport that is played with the ball in the water.” The main goal of the  Festival is to spread the love for water polo across the five continents and the  noble values of sport and coexistence.

Spain is one of the most important locations of the HaBaWaBa International  Circuit. The first tournament was held in Barcelona during the 2018 European  Championships, and since its inception the event has grown into a must-do for  teams from across Catalunya, Spain and Europe.

Around 14 teams will take part in the first edition of the HaBaWaBa Plus. Even  though the event is already one month away, there are still a few spots  available. More information about the schedule and application process is  available on www.habawaba.es/plus.

On the other hand, the Festival for u10 and u12 teams is also filling up very fast  and there are only places for a total of 36 teams. So far, teams from all over Spain, Portugal, France and the UK have confirmed their participation. Kids will  spend three days of competition combined with fair play workshops and the  famous HaBaTalent at night, while the last day they will enjoy one of Europe’s  best theme parks, PortAventura World. More details can be found on www.habawaba.es/easter.