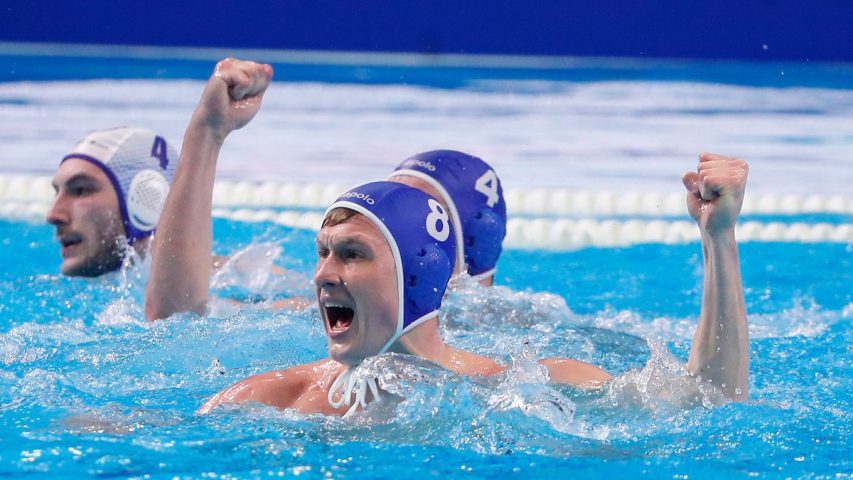 Waspo Hannover defeated OSC in Budapest in the crucial match of the 12th round of the Champions League Group B.

The Germans collected the three points in a 29-goal game. They recorded a 17:12 victory, and they are very close to qualifying for the Final Eight in Belgrade. Hannover kept 4th place in the standings. After the game in Budapest, four points separate Hannover and 5th-placed OSC.

There were no surprises in three other matches in Group B, although Crvena Zvezda wasn’t far from a sensation. Crvena Zvezda played very well but failed to make a surprise in the match against Pro Recco in Belgrade. The European champion struggled but recorded a 14:12 victory. Marseille defeated Steaua (15:10), and Jug beat Spandau 04 (12:9).

Novi Beograd defeated Jadran Split convincingly (14:7) in the first match of Day 12 in  Group A.

Hannover was a team that dictated the pace from the first whistle. OSC equalized just once (1:1). After OSC’s equalizer, Hannover tightened its defense and built a 4:1 lead before the second period. The Germans’ attack was almost flawless in the first half. The visitors, led by experienced players Darko Brguljan and Ivan Nagaev, built a five-goal lead in the 13th minute (8:3), and had a 9:4 advantage (14th minute). The Hungarians reduced the gap to four (5:9).

After nine conceded goals in the first 16 minutes, OSC had a mountain to climb. The Hungarians failed in coming back.

The hosts opened the second half with two goals and came pretty close (7:9). Still, the visitors re-built a 4-goal lead (11:7), and had a 13:9 advantage before the final quarter. OSC didn’t give in, but Hannover stretched the margin to five (15:10) in the 26th minute, and it was clear that there was no way back for OSC. Hannover controlled the match and earned very important points.

In the remaining two rounds, Hannover will play against Spandau and Jug at home, while OSC will travel to Belgrade to face Crvena Zvezda and will welcome Steaua. Everything is still open, but four points is a big difference two rounds before the end. If Hannover beats Spandau in the German derby, it will secure the F8 ticket.

Pro Recco kicked off the game in style. The European champion netted three unanswered goals in the first three minutes and earned a 3:0 lead. It seemed that the Italians would have an easy task in Belgrade. Recco kept a 3-goal difference until the first break (6:3). But, in the second quarter, Crvena Zvezda proved that it could offer strong resistance to the best European teams. The home side, which has been coached by Dejan Savic since mid-February, dominated the second period. Seven seconds before the end of the first half, an experienced Nikola Radjen found the net to make it 6:7.

The third quarter was an equal battle. In the 18th minute, Crvena Zvezda equalized for the first time (7:7). Recco’s Luka Loncar replied for 7:8. But, Crvena Zvezda continued dictating the pace. Veljko Tankosic scored from a 6 on 5 and the hosts gained an advantage for the first time (9:8). Pro Recco’s coach Sandro Sukno switched goalkeepers – Tomaso Negri replaced Marco Del Lungo. But, that move didn’t consolidate the visitors’ defense. Crvena Zvezda went in front again (10:9). Gergo Zalanki closed the third quarter with an action goal, and the teams were tied at 10:10 before the final eight minutes. 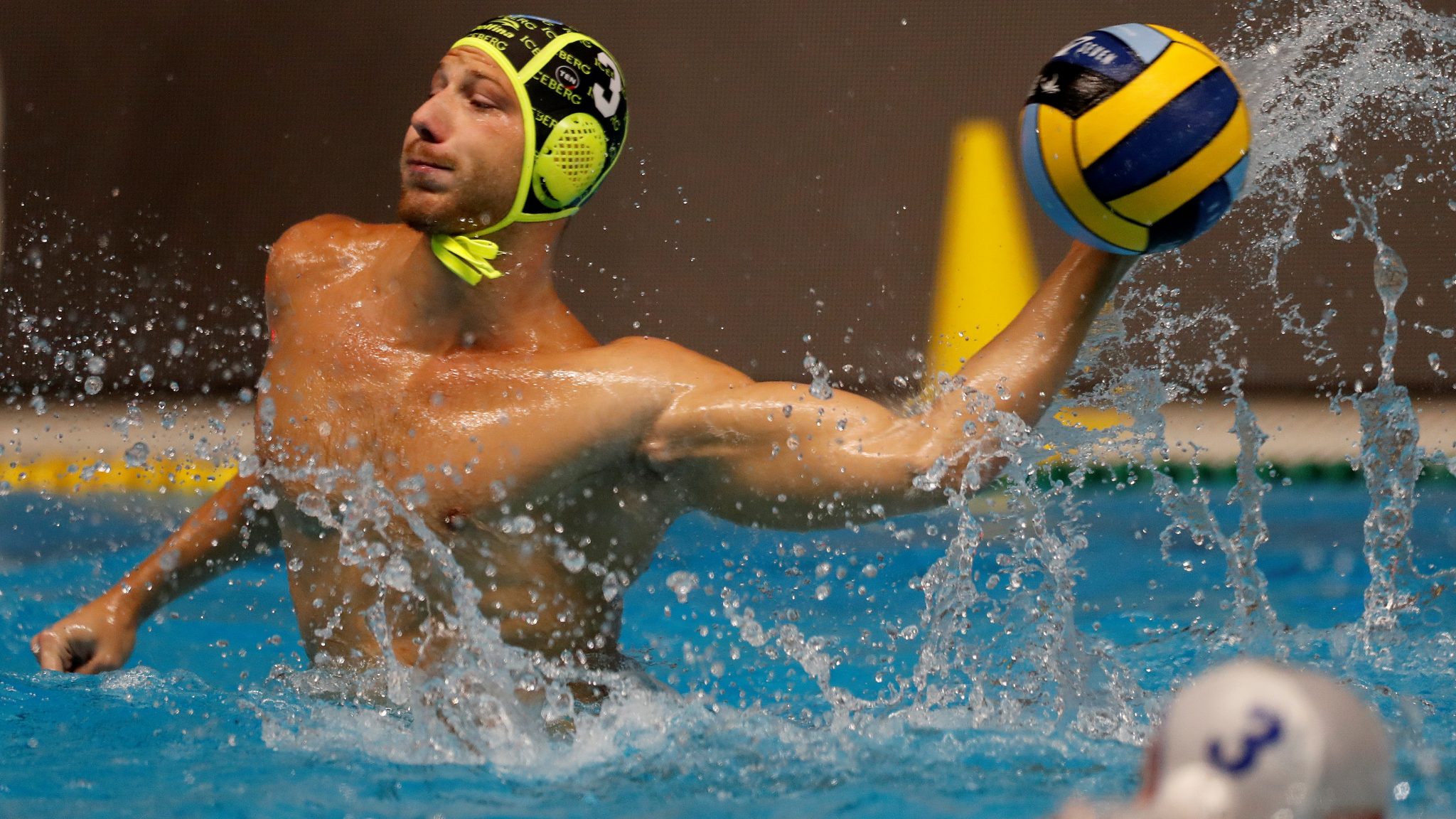 Recco took a one-goal lead twice in the fourth quarter, but the hosts equalized on both occasions (11:11, 12:12). Aaron Younger gave Recco a 13:12 advantage with 02:57 minutes left on the clock. After that, Crvena Zvezda failed to level the score. Giacomo Cannella put an end to the thrilling game by converting a man-up for the final score – 14:12 with 32 seconds to go.

Both teams can be satisfied after this game. Recco earned the three points and continued a neck-and-neck race with Marseille, Crvena Zvezda proved its quality and potential.

Marseille started slowly. The Romanians earned a 2:0 lead in the first four minutes. But, the French recovered from an early shock quickly. They responded with four goals in three minutes and turned around the deficit to a 4:2 lead. Marseille added two goals to the series and went to 6:2. They maintained a 4-goal difference until the end of the first half. However, Steaua didn’t surrender. The visitors halved the distance twice (7:9 and 8:10). The hosts netted two goals in the last 35 seconds of the third period (Prlainovic and Crousillat) for 12:8. Steaua did its best to come back, but it didn’t endanger Marseille’s win.

Jug water polo players didn’t let Spandau surprise them, but the Croats struggled until the fourth quarter. They secured the win in the last ten minutes. Jug was a heavy favorite in the match in Dubrovnik, but it couldn’t make a big advantage in the first three periods. Moreover, Spandau took the lead twice (2:1, 5:4). After Spandau’s fifth goal, the hosts produced a 3:0 run and entered the third period leading 7:5. But, Spandau didn’t say its last word yet. The Germans leveled at 7:7 and 8:8. Just four seconds before the third pause, Alexandros Papanastasiou scored from a counter-attack. Jug had a slim 9:8 advantage before the final quarter. By the middle of the fourth period, Jug went to 12:8. The visitors scored a consolation goal with 16 seconds to go.

Novi Beograd defeated Jadran in a replay of the Regional League final (14:11), played on Sunday. Just like five days ago, the Serbs broke the opponent in the third quarter. Novi Beograd was in front for most of the first half, but Jadran was only a goal or two behind the hosts and leveled three times (1:1, 4:4, 5:5). Jadran led 6:5 at halftime. Seven seconds before the middle break, Antonio Duzevic converted a man-up to give Jadran the lead for the first time. In the first half, the visiting team had an excellent percentage of extra player shots (4/5). 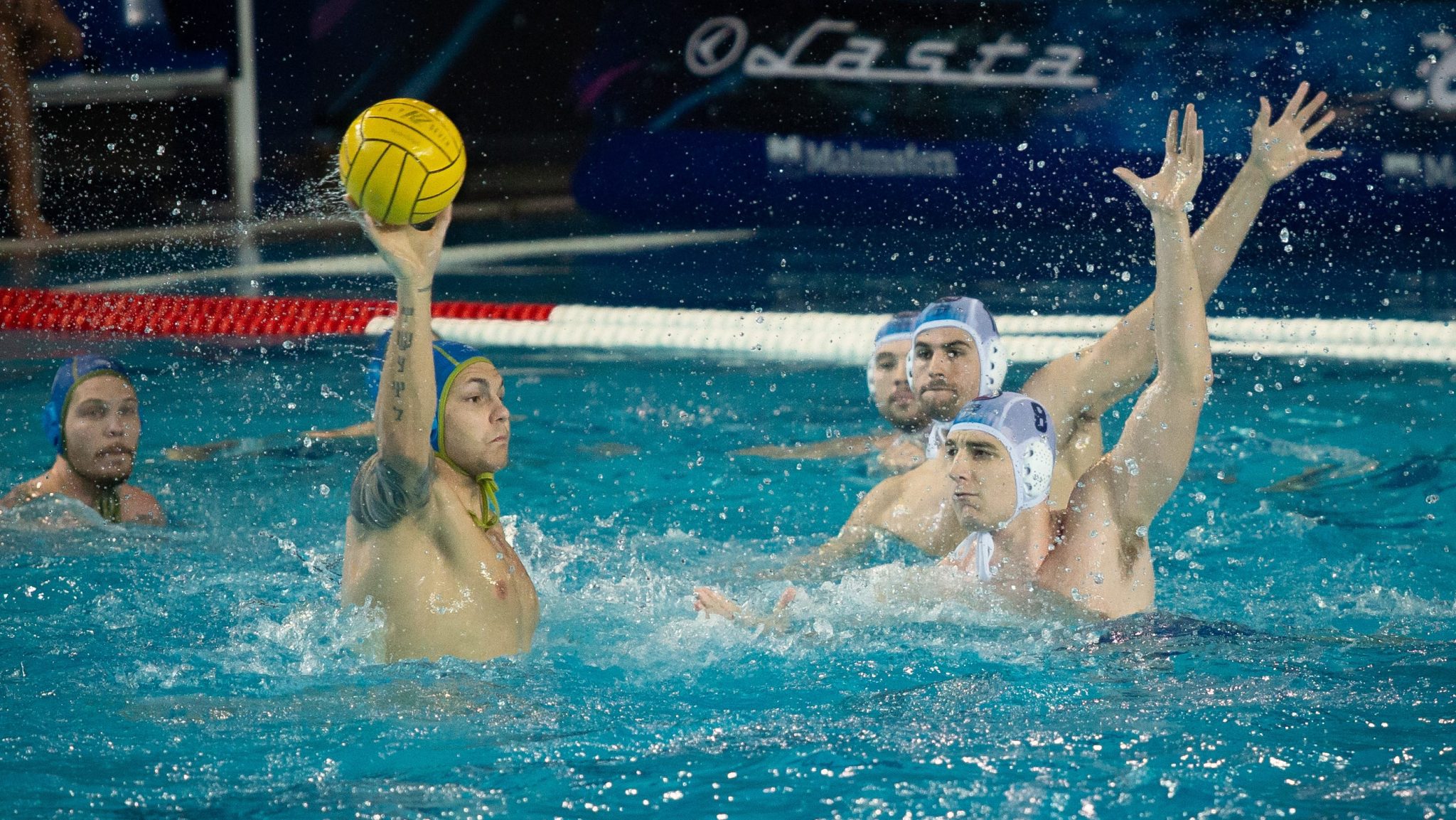 In the 18th minute, Jaksic leveled at 6:6, but Marinic Kragic responded immediately for 6:7. It was Jadran’s last goal in the match. Novi Beograd started taking control and didn’t concede a goal in the last 14 minutes. Goalkeeper Gojko Pijetlovic posted a few excellent saves in the third period and boosted his team’s self-confidence. By the end of the third period, Novi Beograd built a 3-goal advantage (10:7). The Serbs kept momentum after the last break. They recorded a convincing 7-goal victory and returned to the winning streak,after a loss to Ferencvaros in the previous round.

Compared to the Regional League final, Jadran arrived without goalkeeper Ivan Marcelic, who still hasn’t the right to play in LEN competitions, because he arrived in the middle of the season, Niksa Dobud and Andjelo Setka. Head coach Mile Smodlaka was absent too, he was replaced by Marin Kliskinjic.