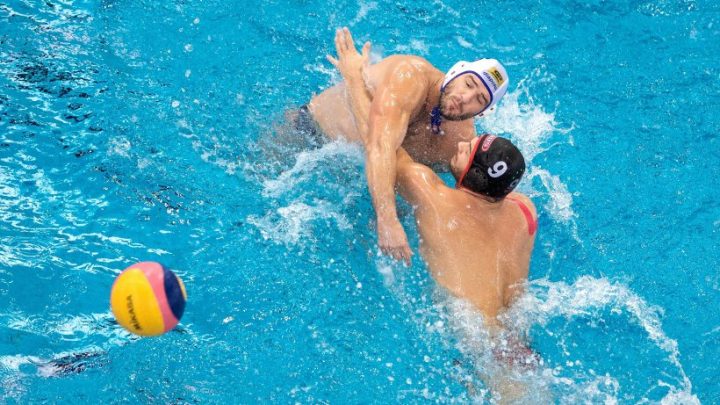 The millionaire Karsten Seehafer explains why he puts a lot of money into the sport in an interview for Berliner Morgenpost.

After the “Best of five” in the German Championship, begins the final series. This Wednesday, at 19:30 at the swimming pool Schöneberg, the record champion Wasserfreunde Spandau will meet with the challenger Waspo Hannover. The fight for the top of Bundesliga is going to be fierce.

The coach and patron, Karsten Seehafer (48), who was with the team since 1993, had a word to say about the future plans. He invested a lot of money into this season and has high expectations of his team. Berliner Morgenpost brings the interview with the head coach.

Mr. Seehafer, are you crazy?

I’m not exactly sure what you mean. In a positive sense, maybe.

Let’s just say we’re all in love with water polo. It is such a nice sport, and everyone can be a little crazy.

How come you enjoy spending so much money on the development of water polo?

First and foremost, I enjoy designing — both professionally and in sports. And designing costs money. Since I like to follow some steps Hagen Stamm takes, it leaves me no option but to spend even more money.

What are you trying to do? You have snatched the championship title from Berlin and are hosting the 2019 and 2021 champions league Final Eight – seems like you want to replace Spandau as the dominant force on every level?

Even though Berlin is the German capital, Spandau can’t be too important for German water polo in general. If we want water polo to succeed as a sport, we need to beat Spandau and show there is room for change. Of course, there is always another reason — we do not always want to end the season with the silver medal. 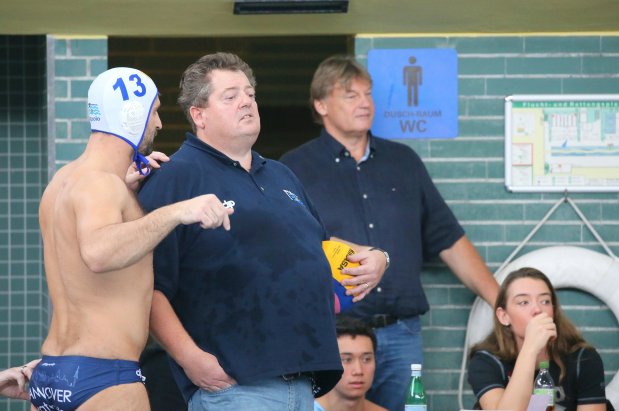 How much money do you need to become the German champion?

You cannot buy the German Championship. I think Spandau and Hannover have similar budgets when it comes to that. About what Hagen says, we would like to have a budget…

… he speaks of one million euros, and you speak of half a million.

I believe the truth lies somewhere in between. The mentioned price is how much you need to be able to play the Champions League. But that’s just the basis because there is still a lot of hard work left. German water polo would do great if other clubs followed this example.

And how much does it cost to get from the European governing body — LEN — all the way to the Final 8?

Such a tournament costs about 500,000 euros. You have to invest it and try and get back as much as possible through advertising and other income.

German water polo has become more interesting with you. But the question is: how long can you keep it up?

I would ask a similar question: how long can Hagen Stamm endure? Or if we talk about soccer: how long can Uli Hoeneß keep it up? As long as you feel like going forward, the rest will follow. Here’s how it goes: my kids are now coming to an age when they’re learning to swim. That’s why a lot of things revolve around this sport in my family. Others go to church or museums. We go to swimming pools.

In the capital, people like to accuse you of relying mainly on the players from the Eastern Bloc. Before this season, the German national players Julian Real and Moritz Schenkel came from Duisburg. Is there a change in your philosophy? How did you convince them to come?

We have not changed our philosophy. We are looking for players who suit us because it takes time to build a good team. Basically, we first needed to see which players wanted to come to us. There were already some like Roger Kong, Andreas Schlotterbeck or Eric Bukowski, who we lured with the option to combine sport and work.

But many German players did not believe we could do this seriously. Later came the foreign players. If you want to play Champions League, you need them.

But look at the Spandau team. There are not many native Berliners there — they are a completely multicultural team. We play internationally and have a European team. How many German players are still in the lineup at Bayern Munich or Borussia Dortmund?

That’s not what it’s all about at the club level. Julian Real has come to us because he can combine sports with studying here. Moritz Schenkel just wants to play with the great.

The Berliners also accuse you of trying to recruit their players like you recently did with Lucas Gielen. Is that true?

Yes, it is true. Lucas is a great player. We made him an offer, but Spandau offered him more. Looks like Hagen has more money than me (laughs).

Who will be the German champion?

That’s really hard to answer. We want to be the champion, of course. But we do not see ourselves as the favorites. Spandau delivered great games in Europe and they deserved to be in the Final 8. We won the Supercup and the German Championship. Both of us showed our best moments and our weaknesses.

It all depends on who will have a cooler head during the next ten days. That’s a rational and emotional thing. Anyone who has won three times is deservedly the German champion.