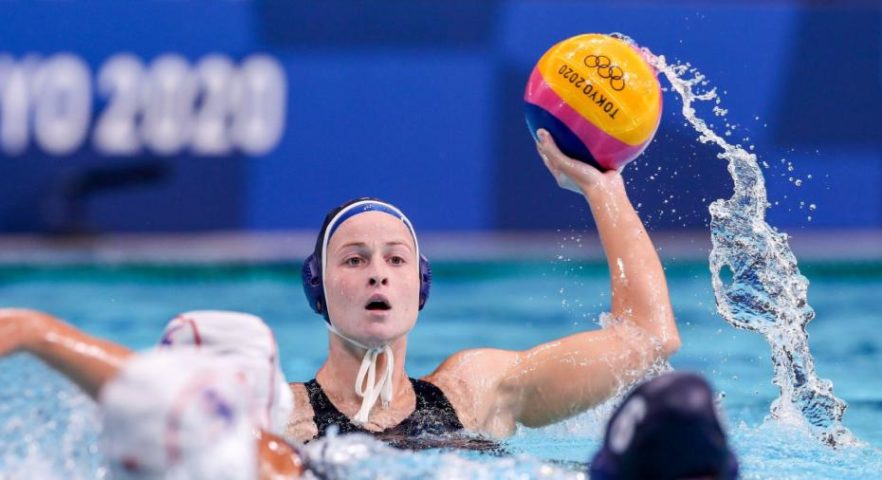 Stephania's recent successes include gold medals at the Tokyo Olympics and the World Championships in Budapest. Photo: Orange Pictures

The Haralabidis sisters, Stephania and Ioanna, are reportedly joining the Fremantle Marlins in a major signing for the Australian club.

The addition of Olympic gold medalist Stephania and her twin Ioanna will be a huge boost for the Perth-based side as the Australian league kicks off on Friday.

Fremantle themselves will be much stronger this season, also engaging the services of the returning Aussie Stinger captain, Zoe Arancini.

The Haralabidis twins, 27, were born in the Greek capital of Athens and initially represented Greece on the youth national teams.

After changing her country of representation after her time with the USC Trojans, Stephania then made her breakthrough into the American national team in 2017 and was a key member of Team USA in their gold-medal triumph in Tokyo.

While their water polo journey was influenced by their early years in Peristeri’s academy, the two Haralabidis sisters returned to make their mark on Greek water polo last season and, when joined by compatriot Ashleigh Johnson, helped Ethnikos lift the LEN Trophy.

The signing of Haralabidis follows the news that experienced Spanish international Anni Espar will be playing for the Sydney University Lions. Espar is expected to return to her parent club, Mataro, in late February.