Hard fought wins for Australia and Netherlands; Serbia downs USA in first derby at U18 Worlds 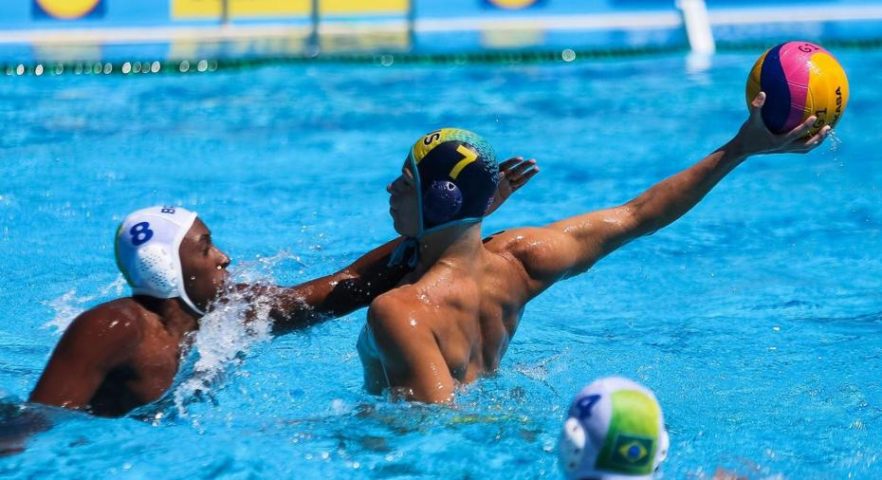 Favorites recorded big wins on Day 1 of the Men’s World U18 Championships in Belgrade.

Most of today’s games were one-sided contests. However, several games offered a lot of excitement.
The competition in Group B started with two exciting duels. Australia was two goals down in the middle of the third period of the match against Brazil. Still, the “Sharks” managed to come back and record a 12:10 victory. The second match in this group, the Netherlands – Turkey, saw a few twists and turns, but the Dutch prevailed – 11:9.

The derby of the day was a clash between host Serbia and Team USA. The Americans kept with the hosts for almost two quarters. Still, Serbia recorded a quite comfortable victory – 17:9.

The opening ceremony was held this evening. Viktor Jelenic, the Water Polo Federation of Serbia’s President, welcomed the guests and the participants. On behalf of FINA, Tamas Molnar, the FINA TWPC Chairman, thanked the organizers and wished luck to the participating teams. Darko Udovicic, an assistant of the Minister of Youth and Sports of Serbia Vanja Udovicic, officially opened the Championships. 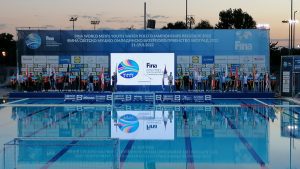 The opening game of the 5th Men’s World U18 Championships was a warming-up for Croatia. The Europeans beat Kazakhstan with ease. Croatia had an 8:0 lead before Kazakhstan scored its first goal. The Asians broke the deadlock five minutes before the middle break. Croatia, which committed only two personal fouls (Kazakstan converted neither of the man-ups), dominated. 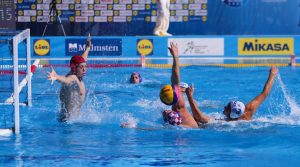 The encounter between Uzbekistan – Kuwait was an even contest until 5:5 (11th minute). It seemed that the Asian derby would enter an exciting finish. But, in the middle of the second quarter, Uzbekistan started breaking Kuwait’s resistance. It netted six goals in five minutes to build an 11:5 lead before the third quarter. After the middle break, the Uzbeks went to 12:5 and there was no way back for the Arabs, who reduced the gap to 6:11 and 7:12. But, Uzbekistan water polo players didn’t intend to stop. They played the best they could until the end and recorded the biggest win of the day, with 11 goals from Danil Krivoxijin.

The matches of Group B were the highlights of the morning session.

Brazil and Australia were in a neck-and-neck race in the first half. Still, the South Americans earned a 2-goal lead at the end of the second quarter. Gomes converted a penalty to give Brazil an 8:6 advantage. Two goals separated the rivals for the first time in the match. Early in the third period, Brazil had a 9:7 advantage. Then Australia started climbing back. The “Sharks” caught up with the rival in the middle of the quarter (9:9). Shortly after, William Valentine converted a man-up, and Australia went in front (9:8).

Valentine, who was voted the MVP of the game, scored the most beautiful and crucial goal in the match. In the last second of the third period, he was four-five meters into Australia’s half of the field, but he found the net. Valentine’s tricky long-distance shot from almost 20 meters surprised Brazil’s goalkeeper Silva and Australia entered the final quarter with an 11:9 advantage.

Brazil halved the distance three minutes before the end (10:11), but Australia responded immediately and kept a 12:10 advantage until the end.

The Netherlands was the favorite against Turkey. Still, the Dutch earned three points overcoming a lot of difficulties. The Dutch dictated the pace in the first two quarters and had a 2:0, 3:1 and 4:2 advantage. However, Turkey netted three quick goals in the last three minutes and a half of the second period and earned a 5:4 advantage.

In the 19th minute, Turkey’s Ercikdi was excluded for brutality, and the Netherlands had a man-up in the following four minutes. That was a turning point. The Netherlands scored three goals during these four minutes and went to 7:5.Turkey managed to reduce the gap to 6:7 and 7:8, but not to equalize. The Dutch built a 3-goal lead with 03:41 minutes left on the clock (10:7) and didn’t let Turkey come back. 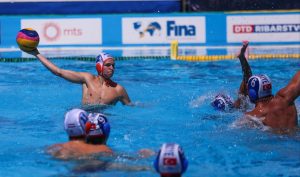 The first two games promised that a battle for the 2nd place would be very interesting. Greece, the reigning champion, will start its campaign tomorrow. We’ll see if some of the other four teams in this group can surprise the Greeks.

The big match of Round 1 was the encounter between Serbia and USA. The hosts collected the points with a convincing win, but the Americans didn’t surrender easily. In the first period, Serbia jumped to a 4:1 lead. However, Ryder Dodd found the net twice in the last 71 seconds of the 1st period (a penalty shot and an extra player shot) for 3:4, and the Americans were back in the game. 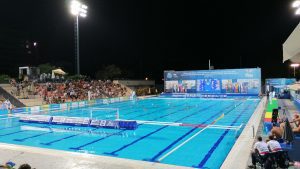 Midway through the second period, the home team, which had solid support from the stands, regained a 3-goal lead with two quick goals (Urosevic from a penalty and Kovacevic from a counter-attack) – 6:3. Castillo scored from a 6 on 5 to reduce the gap to two (4:6). However, the finish of the first half belonged to the Serbs. They scored two goals in the last minute (Dimitrijevic and Stanic) for 8:4. The USA won the swim-off in the third period, but they lost the ball in the first possession. Serbia started a counter-attack, which was finished by Marko Dimitrijevic, who hit the back of the net to stretch the margin to five (9:4). The Serbs maintained a 5-goal difference until the last break. After that, their win wasn’t in danger.

Serbia’s Rodoljub Gajic said that the home team arrived at the tournament well-prepared.

“We are more than two months together; we prepared well and opened the tournament well. It’s great to play in front of the home crowd. We played better, but I think we can do better in the next matches. We want a win in each game.”

“We trained a lot for this championships, we started the match quite well. However, we didn’t capitalize on our opportunities, we missed too many 6 on 5s (USA’s conversion was 5/14). We have to play better in the following days,

Italy left no chance to Novi Zealand. The “Settebello” opened the match with six goals in less than six minutes for a 6:0 lead. The “Kiwis” halved the deficit by the first break (3:6), but Italy retook control after the first break, and recorded an easy and convincing win, as expected. 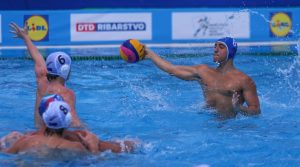 The final score says all. Spain kept Canada goalless until the 22nd minute. The Europeans built a 16:0 lead before the Canadians got on the scoreboard. By the end of the third period, Spain went to 19:1 and slowed in the final eight minutes. 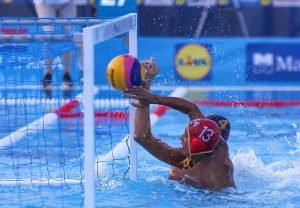 The second game of the group was another one-sided contest. The underdog – South Africa managed to score its first goal already in the second minute. But, Montenegro had netted three before that. However, the South African’s joy didn’t last for long. Montenegro replied with two goals quickly (5:1). Early in the fourth, the team in blue caps reached a double-digit advantage (13:3). In the remaining time, the Montenegrins stretched the margin to 14.