Coaches of Croatia, Montenegro, and the USA have announced the athletes representing these three countries at the water polo tournament at the Tokyo Games.

Ivica Tucak called up 11 of 13 players who took part in the Olympic qualifications held in Rotterdam in January. Goalkeeper Toni Popadic and Rino Buric are missing comparing to the roster from Rotterdam.

They are replaced by two returnees. Paulo Obradovic, who wasn’t invited to the national team between 2015 and 2021, will replace Buric. The second goalkeeper is Ivan Marcelic, who was on the roster for the 2020 European Championship. 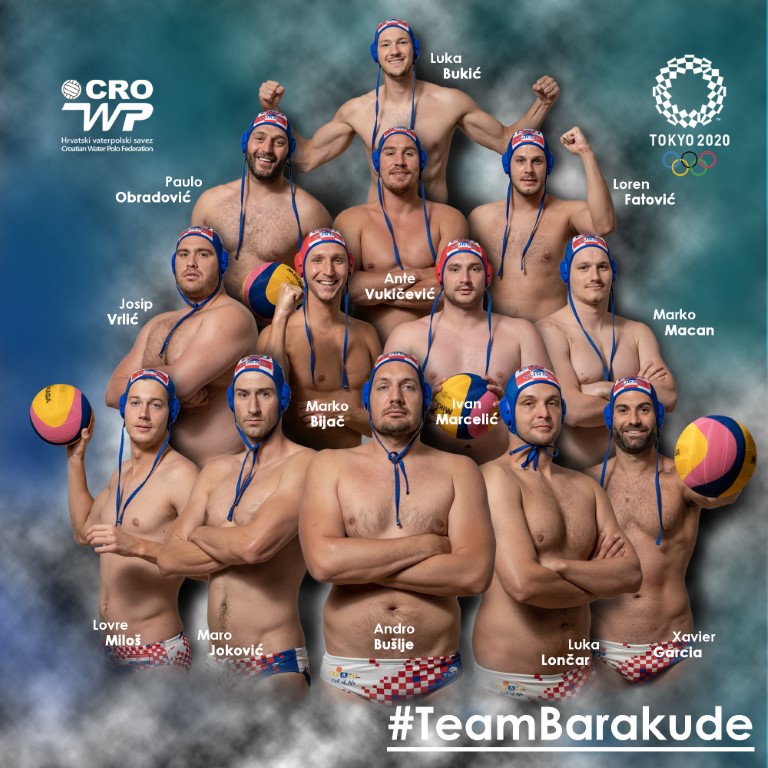 Seven of the 13 picked players won the silver medal at the 2016 Olympic Games: Bijac (GK), Loncar, Buslje, Macan, Garcia, Jokovic, Bukic. Josip Vrlic also played at the Rio Games, but he was part of the Brazilian team.

Buslje, Jokovic, and Obradovic won the Olympic gold in London in 2012.  Buslje and Jokovic have the most Olympic experience. Both debuted at the 2008 Beijing Olympics.

Montenegro is going to Tokyo in a good mood since it won the World League last week. But, injuries have caused some problems.

Vladimir Gojkovic, Montenegro’s head coach, was forced to leave two key players out of the team because of injuries.
Dejan Lazovic, who has been Montenegro’s first-pick goalie in the last four years, can’t play because he still hasn’t recovered from a surgery. Djuro Radovic, a left-handed goal-getter, is injured, too.

Dejan Udovicic, USA head coach, is coming to Tokyo with a team composed mainly of the first-time Olympians.
Five players have Olympic experiences. Veteran Jessie Smith will play at the Olympic Games for the fifth time. Besides Smith. Alex Bowen, Luca Cupido, Ben Hallock and Alex Obert were on the roster for Rio five years ago. The remaining eight players will debut at the Olympic Games.