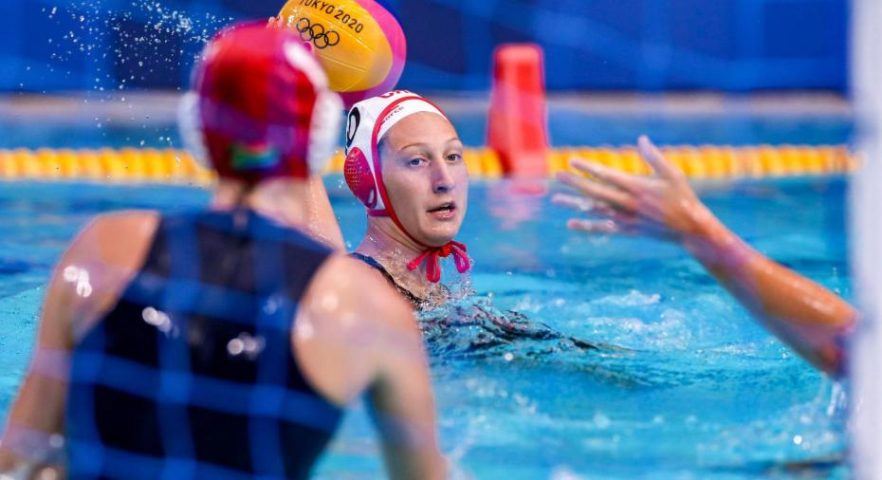 Canada may not be the favourites entering the World League Super Finals, but they are expected to travel to Tenerife with a highly competitive team, with the majority of players now playing their water polo in the professional leagues in Europe.

There are expected to be three absences from the squad that finished ninth at the World Championships in July: captain Gurpreet Sohi, Kelly McKee, and Amanda Amarosa. However, David Paradelo can call upon up to ten players who are currently competing in Europe’s top leagues.

Five of the team are playing their water polo in Spain: Verica Bakoc and Axelle Crevier are at home in Mediterrani, Kindred Paul returns from Australia and finds herself with Terrassa, while Jessica Gauldreault and Blaire McDowell are the Canadian contingent already based in Tenerife with Echeyde.

Meanwhile, Greece is another league where the Maples are having an increasing influence; left-hander Kyra Christmas extended her contract with Olympiacos for another season, while Marilla Mimidis and Emma Wright are both on Vouliagmeni’s books.

Two of David Paradelo’s centre-forwards are testing themselves in Italy: Hayley McKelvey with Plebiscito Padova, and Rae Lekness with Bologna. Shae La Roche, who is also expected to be in the Canadian squad for the Super Finals, left SIS Roma this summer.

With regards to the players based in the US, there is another call-up for understudy goalkeeper Clara Vulpisi, while Stanford’s Floranne Caroll, who enjoyed a strong international career with the Canadian junior teams, returns to the senior team for a first major tournament since 2018. Dafne Guevremont, an intelligent defender, continues to be a leading player for the Fresno State Bulldogs.

A tough trip to Tenerife

Canada has won two World League Super Final silver medals, in 2009 and 2017, but they have a ways to go to match those best-ever performances.

The Maples have placed fourth in the last two super finals, most recently narrowly missing out on a bronze medal in Athens against Russia.

Canada is grouped with the Netherlands, Italy, and the United States in Group A. Despite the difficulty of the assignment, Canada has an outside chance to advance to the semifinals.