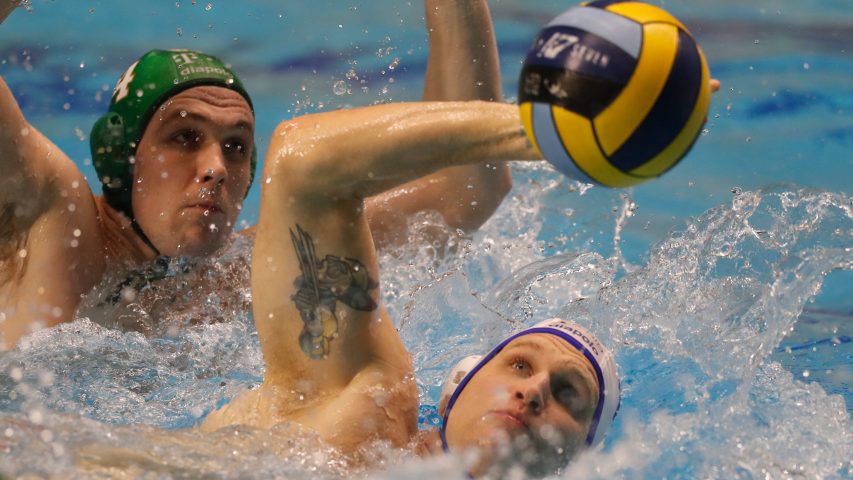 Ferencvaros and Szolnok will play in the final game of the Hungarian Cup tomorrow.

The Final Four has started this evening in Sopron, a city near the Austrian-Hungarian border.

Ferencvaros, the 2020/21 Hungarian Cup winner, defeated Vasas in the first semifinal (14:10). Szolnok secured a spot in the final with a 15:11 victory over OSC Budapest.

Tomorrow’s match will be a re-match of the Hungarian Cup final from 2020/21. Last year, Ferencvaros overcame Szolnok in a thrilling contest that culminated in a penalty shootout (19:18).

The game was an exchange of goals until 5:5. Vasas took a one-goal lead five times, but Ferencvaros leveled each time. It seemed that the game would be similar to an encounter between these rivals played last week in the Hungarian League (9:9).

But, in the middle of the game, Ferencvaros took control.

In the 15th minute, Pohl put Ferencvaros ahead. Gergo Fekete opened the third period with an action goal for 7:5 – two goals separated the rivals for the first time. Vasas responded with two goals quickly and caught up with the opponent (7:7) in the 19th minute. However, Vasas couldn’t score in the following eight minutes, while Ferencvaros produced a 5:0 run and jumped to 12:7 (27th minute). Vasas couldn’t recover from that series.

Ferencvaros secured the final match and will try to win its 4th Hungarian Cup in a row (21st in a total).

Szolnok and OSC met in this season’s domestic competitions for the first time. But, the two clubs have already faced off in this season. It was in the playoffs of the Champions League qualifications. OSC ousted Szolnok (25:18 aggregate score) and took revenge for defeats in the finals of the Hungarian League and the LEN Euro Cup in the previous season.

Today’s encounter was a rollercoaster match. Both teams had ups and downs. OSC entered the second period with a 3:2 lead. Szolnok netted four unanswered goals in the first six minutes of the second quarter to earn a 6:3 lead. OSC reduced the gap (4:6), but Szolnok’s Peto closed the first half by converting a man-up eight seconds from time for 7:4.

OSC started coming back after the middle break and cut the deficit to one goal five times, but it wasn’t able to equalize. Szolnok had a minimal advantage before the final period (11:10). In the 28th minute, Szolnok’s center-forward Bilal Gbadamassi scored an action goal to double his team’s advantage. Shortly after Adam Nagy added the 5th goal to his tally and Szolnok went to 13:10. In the 31st minute, Csacsovszky found the net for 11:13, but Danial Angyal responded immediately for 14:11. Angyal set the final score with 25 seconds to go.

Szolnok, the only non-Budapest team at the Final Four, has won six Hungarian Cups so far (the last one in the season 2017/18)