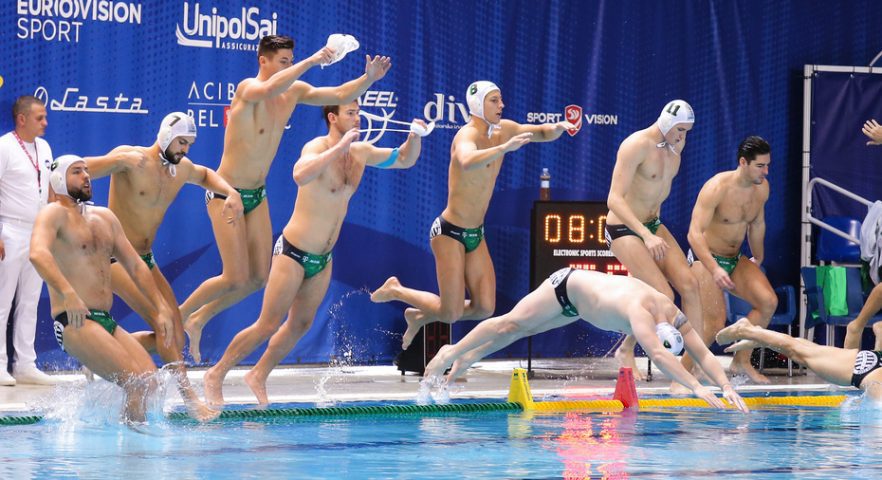 The first national water polo championship in the land of water polo – Hungary, was held in 1904. Since then, the League hasn’t been held only three times due to the war (1914-1916), while the season was interrupted and canceled two years ago because of the coronavirus pandemic. On Saturday, the 117th Hungarian League starts.

Only one club has participated in more than 100 editions. The record-holder in this criterion is Ferencvaros, which has played in the League 111 times and won 24 titles. Former club Ujpest appeared in the league 87 times, Eger has collected 85 appearances, Vasas 74, BVSC and Szolnok 71 each, etc.

In the preview article about the Hungarian Championships, we begin with Ferencvaros, not because of the record, but because „Fradi“ is the reigning champion and one of the heaviest favorites for the title.

Fourteen teams will battle for the glory, but the number of favorites seems smaller than in previous years. Ferencvaros, OSC, and Vasas are the big title contenders. Szolnok, which was the champion two years ago, has changed its team significantly since then. It won’t have foreigners and many experienced players as it had earlier. Other teams that had brilliant results in the national and international competitions in the past years aren’t as strong as the three favorites.

We asked Zsolt Varga, Ferencvaros’ and Hungary’s head coach, for his opinion about the level of the Hungarian championships.

„All teams, including Ferencvaros, have changed their roster in the last few seasons. A lot of players left in the last few years. Yes, it’s true, I think the quality of the League is slightly lower than it was four, or five years ago, when the Hungarian championship was maybe the best in Europe. But I think these processes are normal. Every club change team. Much depends on sponsors’ support.”

Despite the fact that there are not as many strong teams as there were before, the League will be of high quality. In the last season, the teams from the lower part of the table caused headaches for the favorites.

“It will be very difficult to replace Marton Vamos. We will have to change our style of play We don’t have left-handed players on Vamos’ level in Hungary at the moment. We had two excellent players in that position. Both played for Ferencvaros – Vamos and Zalanki. But, both are abroad now. We have younger players. Vadovics is a replacement for Vamos. We will see how he and younger players will manage to fit into our system.”, Varga told Total Waterpolo. 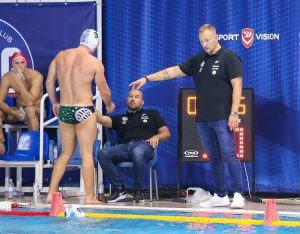 Zsolt Varga with the players Photo by VK Novi Beograd/S.Sandic

Many members of the Hungarian national team play for Ferencvaros, but the club has experienced foreigners on the roster.

“We have four foreigners (Uboovic, Damonte, Merkulov, and newcomer Argyropoulos – Ed.). But only three foreign players can be on the roster for the matches in the Hungarian League. If all four are in the team, we have a system, but if someone is missing, we must change something.”

Interesting championship is in sight

As for the rivals, Varga expects a lot of Vasas and OSC Budapest. 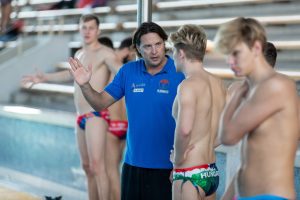 “Slobodan Nikic works very well with Vasas. I think that Vasas did not play as well as he had a quality team last season. They brought in some new players, and I believe they will play better this year. OSC Budapest, with head coach Daniel Varga, also plays very well. OSC also has done a good job in the transfer window. All in all, I expect an interesting Championship and an exciting battle for the title.”, Varga said.

Szolnok was the Hungarian champion and LEN Euro Cup winner two years ago. But, the team has weakened since then. However, Szolnok played well at the preparatory tournament in Belgrade and narrowly lost to Ferencvaros. So, the former European and Hungarian champion might be a team that can surprise. 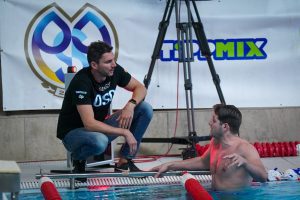 Other teams, as we mentioned, aren’t the title contenders, but they won’t be rivals easy to beat. The battle for spots in the European Cups can be exciting. Honved, BVSC, Szeged, Eger and some others have the right to dream of a new entry on the European stage.

So, let’s conclude – the league maybe isn’t as strong as before, but it’s expected that the new season won’t disappoint water polo lovers in Hungary and that they will enjoy good water polo.

KSI – promoted from the second league