Hungary and Greece undefeated after first day in Itea; the Dutch down the United States 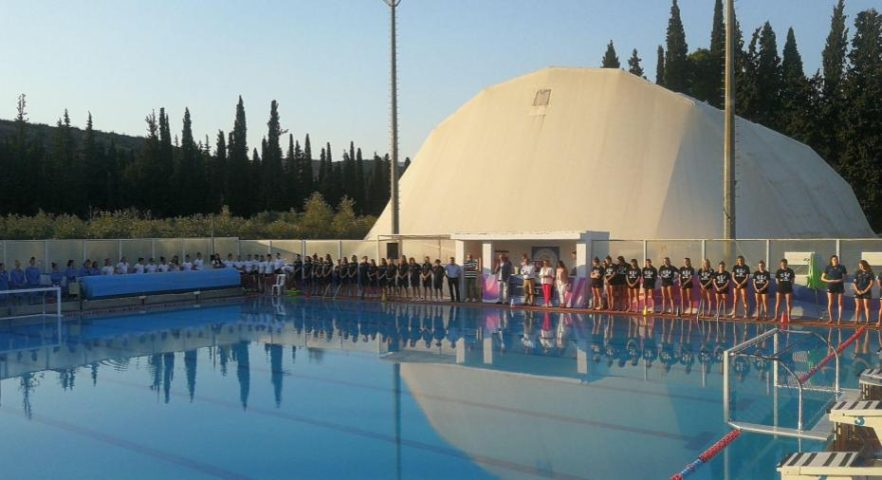 The Pythia Cup has been a fantastic spectacle in previous renditions of the competition, and the first day of this year’s U18 Women’s Tournament in Itea was no exception. There were four games, and four relatively interesting battles between the worlds best junior women’s teams.

The most interesting game of the day featured a 11-10 victory for the Netherlands over the United States – which saw the young Dutch superstar, Lola Moolhuijzen, bag five goals.

In the opening game of the day, Hungary beat Australia thanks to a blistering first period, with UVSE’s Zoe Lendvay (6) and Eszter Macsai (3) both making a big impression in that game.

The Aussies, who played back to back games, then lost to the United States – with the very exciting Emily Ausmus, who travelled as a reserve with the United States Senior team at the World Championships, scoring four in the match for team USA.

The days last contest, under a beautiful Greek sunset, saw the hosts see off the Dutch – who looked slightly fatigued after being pushed hard by the United States in their first game. Stefania Santa (Vouliagmeni), Foteini Tricha and Sofia Tornarou (both Olympiacos) all converted hat-tricks to seal the win.

The really interesting games, however, will take place tomorrow. In light of the World Youth Championships in Belgrade (for which this tournament acts as a warm-up) we will see two fixtures that will foreshadow the ‘main’ tournament in just over a week. Greece and the United States are very cosy together in Group B in Belgrade, and will face-off tomorrow evening, while before that, Australia and the Netherlands will slug it out in the first game on tomorrow, with both teams finding themselves in Group C for the World Championships.

LiveStream of Day 2 of the Pyhia Cup – Greece vs Hungary