Hungary beat Greece and France win against Italy, plus all the action on Day 3 in Netanya! 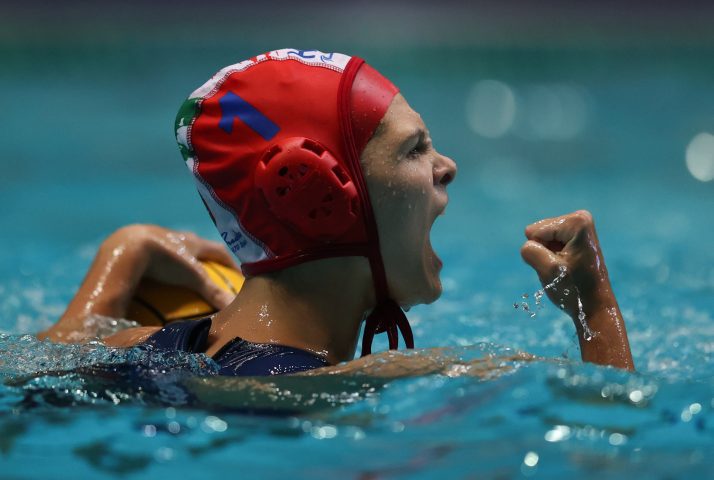 The third day of the Junior European Championships in Netanya, Israel, was full of more exciting games that we had seen previously.

France’s young side showed their potential with a big victory over Italy, while Hungary bossed Greece in a game that many thought would have been a closer contest.

The hosts Israel are unbeaten with a hard-earned win against Serbia, while Portugal beat Ukraine and Romania defeat Turkiye.

In the less exciting matches, the Netherlands coasted against Great Britain, Croatia drubbed Slovakia, and Germany put their COVID troubles behind them, with a very easy win against their neighbours, Switzerland.

Spain, France, Hungary and the Netherlands are all top of their respective groups, and all currently have a 100% win record. Israel are the only other team to remain undefeated, but they are yet to play Spain in Group A – the only group to consist of five teams.

Our photographer in Netanya has taken some photos that can be accessed by following this link. We are happy to invite players, coaches and families to download them and use them on their social media channels. But please note, that these photos are for non-commercial use only. Enjoy!

Israel held off Serbia this evening with a 13-10 victory at the Wingate Institute. The game was ultimately won in the first period, with the Serbs having a nightmare start that saw them 4-0 after six minutes, and 5-1 down at the end of Q1.

The Serbians eventually grew into the game, but the damage from the first quarter was too much to recover from. Four goals from the talented Dar Menakerman, as well as finishes from ASA Tel Aviv’s Alma Yaacobi and Dina Namakshtansky lead the way for the hosts, who are currently unbeaten at their home championships. 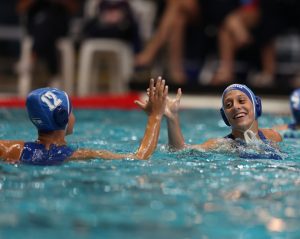 Romania had to come from behind in the first quarter to beat Turkiye. The Turks took an early lead through Ayca Duran and Derin Pehlivanoglu, but a brace from Alina Olteanu inspired her team back to 6-6 at half-time.

In the third, three goals from Romania (Nagy, Olteanu and Sandu) gave them breathing space, before seeing out the game with three more scores from Olteanu, Virtosu and Bobeanu in the last quarter. 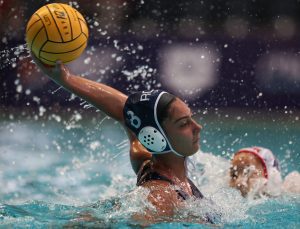 In one of the games of the day, France secured a historic victory over Italy, running out 11-8 winners. In what was an incredibly intriguing game, it was perhaps France’s experience that saw them seal victory today. 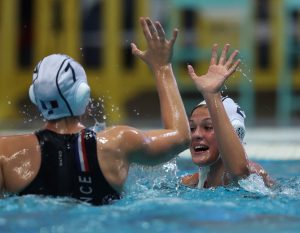 Four of the French team were part of the senior team that finished eighth at the World Championships just a few days ago – with Ema Vernoux (4), Julliete Dhalluin (2) and Camelia Bouloukbachi (1) all featuring on the scoresheet.

It was the second quarter where the gap started to open for Les Bleus. France punished Italy for their ill-discipline three times in the quarter, converting three extra-player situations (Vernoux, Heurtaux and Dhalluin), winning the quarter 3-0. 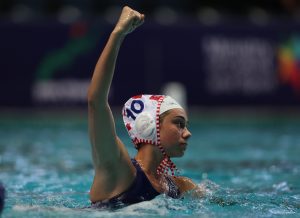 Croatia have their first victory at these championships thanks to an incredible second-half display. The Croats led by a single goal at half-time, six goals in the second half from Nina Medic lead Croatia to what was, in the end, a very comfortable victory.

Hungary were very impressive in the last game of the day in Netanya, as they defeated Greece 14-10.

Eszter Macsai was on fire on the top of the arc, while there were good scores from Kata Hajdu and Dalma Domsodi. It was also easy to see why Ferencvaros rate their young goalkeeper so highly, as Boglarka Neszmely made a number of excellent saves from the Greeks.

The Magyar’s flew out of the blocks against Greece. Kata Hajdu converted twice (one on the right, and one on the breakaway), Eszter Macsai converted on the top with a rocket from 6m, and Panni Szegedi finished off a swift move on the left.

Even though Christina Siouti and Stefania Santa put away a great solo shots from distance for the Greeks, further goals of excellent quality by Szegedi, Aubeli and Macsai (2) maintained a healthy lead for Marton Benczur’s team. Nefeli Chaldaiou’s no-look goal made it 8-3 at half-time. 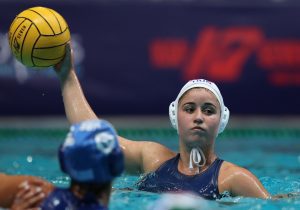 Into the third, the game was nip and tuck. Goals from Domsodi (twice from centre), Szegedi (Penalty) and Macsai (2) kept Hungary ticking, as they cancelled out a close-range strike from Foteini Tricha, Evdokia Tsimara’s lob, a Dionysia Koureta flick and a drilled top-corner finish from Stef Santa.

The game completely lost its edge in the last quarter, with both team accepting the result. Greece did manage to find the net, via another two scores from Stefania Santa and a Christina Siouti penalty. But Flora Fekete ensured that Hungary had the last laugh, with a good finish on the top.

In the earlier game in the group, despite a COVID-19 outbreak within the German team which meant four of their players were unavailable for todays match, they still easily managed to give Switzerland a 25-4 pasting.

SC Chemnitz’s Jamie Julique Haas found the target nine times in the match, with Mara Dzaja and Sinia Plotz both knocking up five goals each. In the absence of both of Germany’s two goal-keepers,  SV Bayer Uerdingen’s Sophie Gromann had to play in goal. 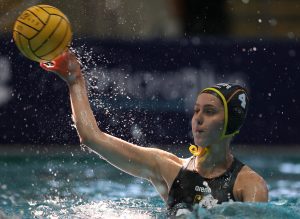 The Netherlands have all but sealed the top spot in Group D as they dominated Great Britain this morning. 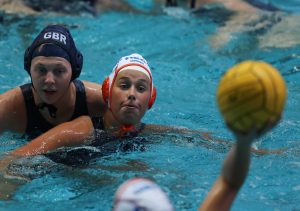 In the second game in Group D, four goals apiece for Madalena Lousa and Maria Machado puts Portugal on course to clinch second place in the group.  The Ukrainians took a three goal lead in the first, but with a spirited comeback, and two goals in the last minute of the second quarter turned the game on its head, putting Portugal 7-6 up at half time.

Ukraine fought back in the third, taking another two goal lead (9-7), but once more it was Portugal who came from behind at the back end of the period to lead 11-9 into the last.

Anastasiia Zelenko gave her team hope within the first attack for Ukraine, but three unanswered goals from Fernandes, Lousa and Ribeiro sealed the victory for the Iberians. 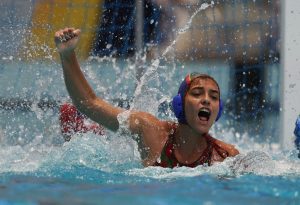