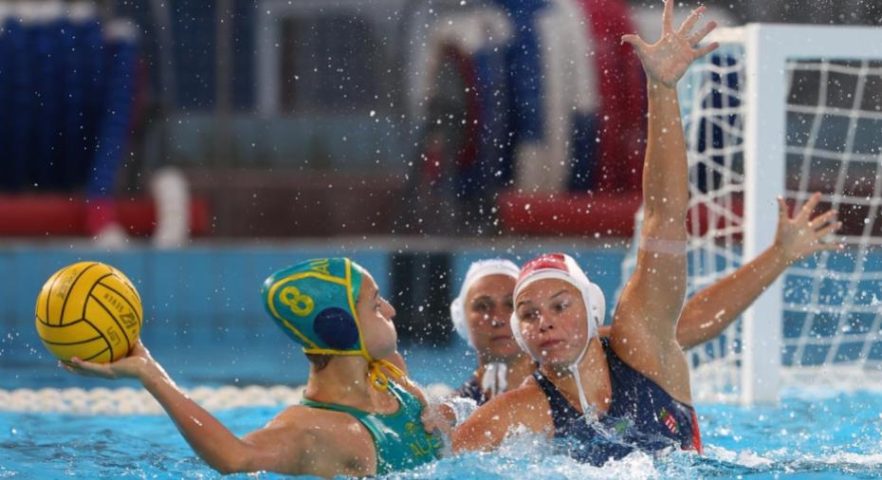 Hungary have won their last warm-up game for the European Championships in Split, beating the Aussie Stingers 10-8 on Margaret Island.

Having scrimmaged together in practice sessions all week, tonight was the official test match between two sides that met six weeks ago at the Quarter-finals of the World Championships, with Hungary also prevailing that evening too, winning 7-6.

The contest was an even affair, with the decisive phase of play coming in the third quarter when two extra-player scores for Hungary (Rybanska and Mate), and a quickly taken foul throw by Dora Leimeter to put Hungary ahead by three goals (8-5).

The result seemed to be beyond doubt early in the last, with Vanda Valyi scoring her second of the night to make it 9-5.

But Paul Oberman’s side scored two goals in two minutes (Jamie Oberman and Alice Williams) to put the score at 9-7. They then had a big opportunity to pull within a single score from a 5m penalty given away by Zsuzsanna Mate. But Ruby Swadling (Cal Bears) saw her penalty saved by Alexandra Kiss – doing no harm to the Eger goalkeeper’s selection prospects for Split.

With the momentum lost for the Australian’s, Greta Gurisatti made her mark in the game with 2:49 to go to seal the victory.  Tilly Kearn’s goal at centre was but a consolation.

All eyes will now be on Attila Biro and his press conference on Wednesday – where he will release the squad that will travel to Split. We understand that the players were made aware of the confirmed squad prior to tonight’s game. One certain absence from the squad though is Rita Keszthelyi-Nagy, who has taken the decision not to play in Split.