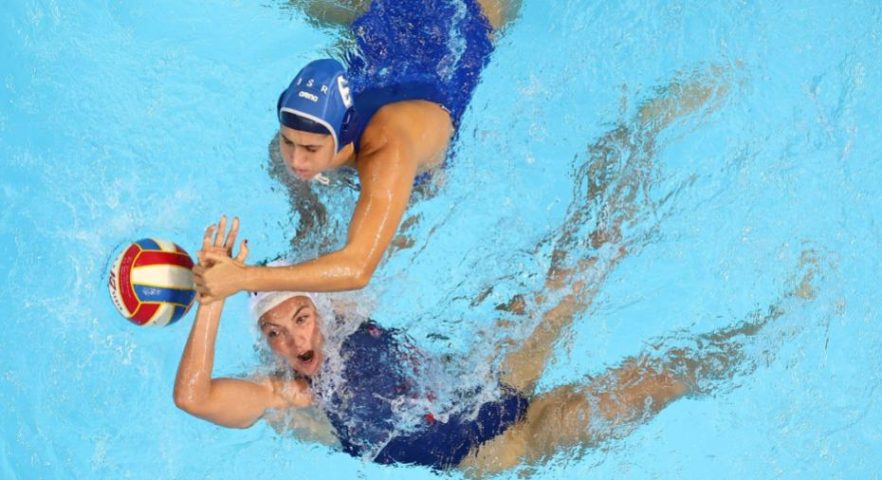 France finished in seventh place at the European Championships for a fifth championship in succession, defeating Croatia comfortably, 13-4, in the first game of the day. France were the better of the two sides from front to back. The French keeper, Anne Collas, saved three penalties in the match.

The three-time European Gold medallists, Hungary, started the game off calmly and in command. A penalty from captain Krisztina Garda, a back-post tap-in from Rebecca Parkes and a breakaway score for Dorottya Szilagyi put Attila Biro’s team in the driving seat. 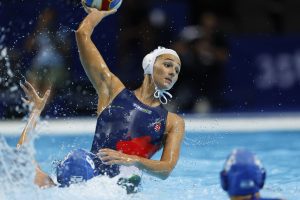 Israel might have pulled one back from the 5m penalty line, but the Israeli skipper, thirty-five-year-old Shunit Strugo, could only hit the right-hand post with her shot.

Alma Yaacobi did eventually net a goal for her side, finding herself completely unmarked inside the Hungarian half during a counterattack and making no mistakes with her finish.

While Israel had been fairly decent at stopping a Hungarian onslaught in the first period, the floodgates opened early in the second; Vanda Valyi, Kamilla Farago, and Dora Leimeter were all on target from precise shots. 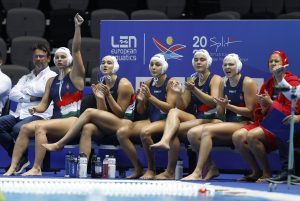 Israel did cut into Hungary’s lead towards the end of the first half with two scores (Sasover and Yaacobi), but Hungary fired back with scores from the tournament’s top goal-scorer, Greta Gurisatti, and the Magyar captain, Krisztina Garda.

While Israel pushed to get back into the game, Hungary kept the scoreboard ticking over thanks to four goals in the third quarter from Greta Gurisatti. Hungary’s Kamilla Farago and Dorottya Szilagyi completed their braces to give Hungary a ten-goal lead going into the last quarter.

The two teams, accepting the result was not in question, cancelled each other out. Hungary’ first choice lefty, Dora Leimeter, scored three in the last, while Maria Bogachenko (2) and Alma Yaacobi (3) added to their tallies.

France enjoyed a strong first quarter and made sure the scoreboard reflected it. Within the first minute of the game, there were five-metre penalties for both teams; France’s captain, Louise Guillet, showed composure to score, while Emmi Milkovic saw her shot expertly saved by Anne Collas.

Gabrielle Fitaire then doubled the French lead with a strong turn and then a finish from centre forward, before Viviane Kretzmann-Bahia’s shot from the top made it 3-0.

Croatia did register a goal in the first, with VAR proving that Nina Eterovic’s powerful shot off of the bar did in fact cross the line. However, eighteen-year-old Ema Vernoux scored the third penalty of the match, to give her side a 4-1 lead and some breathing space.

France continued to assert themselves in the second period. Left-handed sensation Julliete Dhalluin, who has committed to playing in the United States for Arizona State, scored twice in quick succession to increase France’s lead to 6-1. Her second goal was particularly impressive, with her venomous shot clipping the post to give Alexandra Ratkovic no chance in the Croatia goal. 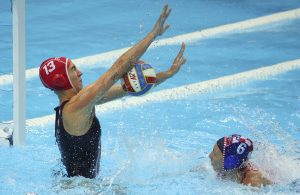 Adding to Croatia’s frustrations, they saw their second penalty of the game stopped well by Anne Collas, with Jelena Butic the player wasting the opportunity for the hosts. The hosts trailed by five going into the half-time break (6-1).

In the third quarter, Croatia quite remarkably squandered yet another 5m penalty opportunity, and Anne Collas collected a rare hat-trick of penalty saves in the match.

After Croatia continued to let France off the hook, a future player of Ferencvaros, Estelle Millot, and Morgane Le Roux of Mulhouse widened France’s lead with scores on the left.

The game was over as a contest by the time two players from Mulhouse scored for France (Guillet and Battu) in the fourth.

The home crowd got practically the only reason to cheer in the game when Dina Lordan, who was not in the team for the first few games, lobbed the ball past substitute keeper Chloe Vidal from 6 metres out. Lordan then set up her Mladost teammate, Matea Skelin, to finish well on the post.

But two late goals in the match secured Aurelie Battu’s hat-trick, and the game for France. 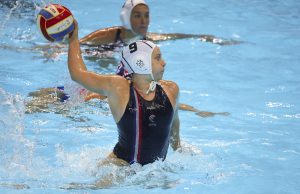