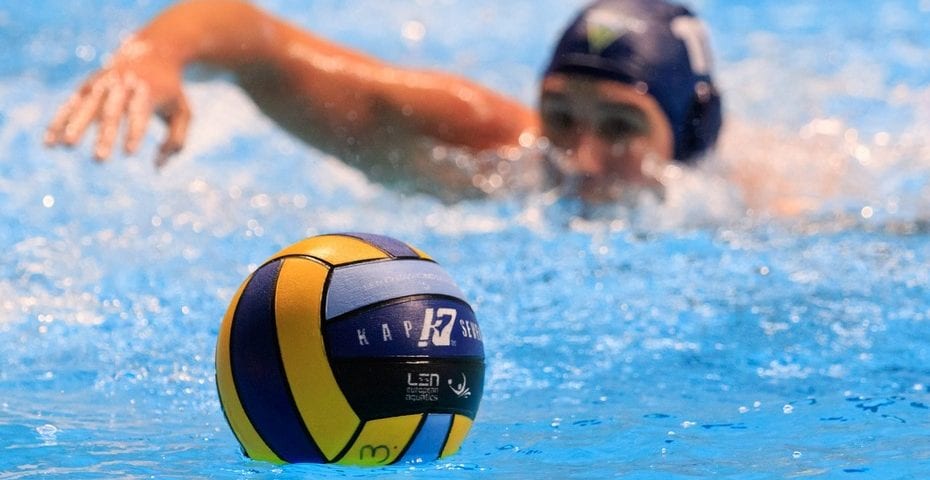 Eighteen teams will take part in the qualifications. They were drawn into two groups, with a total of four subgroups. Only the group winners will advance to the Main round.

All eliminated teams can continue their European season in the LEN Euro Cup.

According to some sources, maybe only 17 teams will play in the qualifications. Greek media report that Ydriakos, which is drawn into Group A in Syracuse (Sicily), considers withdrawal from the competition. The Greek club paid for tickets and accommodation. But the flights that were supposed to return them from Italy to Greece on Sunday (Catania-Milan-Athens) were canceled.

Until Tuesday at 13.00 CET, LEN, the Greek Federation, and the club haven’t published any official information about a possible withdrawal.

Some of the other clubs that travel to Sicily were also facing problems with airline tickets. Many scheduled flights were canceled because there are no many touristic travels in the era of the pandemic.

Host Ortigia, Mladost, and Szolnok stand out from the rest as the favorites for 1st place. Barcelona might enter the battle for the Champions League ticket.

Ortigia opened the season well. In September, the Sicilians reached the Final Four of the Italian Cup. But after that, they waited for a long time to play the next official match. The start of the Italian League was postponed. The Championship started last weekend, and Ortigia convincingly beat Lazio on Day 1 (16:3). Ortigia’s leaders are experienced players like goalkeeper Stefano Tempesti, Christian Napolitano, Valentino Gallo, etc.

Steaua, Jadran, and Primorac hope that they can surprise.

Former European champions Mladost and Szolnok, two regular participants of the Champions League and wildcard-holders in the past few seasons, are in Group B1. Both clubs brought outstanding reinforcements before this season. Serbia’s captain Filip Filipovic arrived in Szolnok from Pro Recco. Andro Buslje, the captain of the Croatian national team, was Filipovic’s teammate at Recco last season, and he signed for Mladost. Besides the two, Szolnok and Mladost have many stars, members of the national teams of Serbia, Croatia, and Hungary on their rosters.

Both teams have very good squads, but they aren’t on the same level of preparations. Szolnok started the season in late July. It won 2nd place in the Hungarian Cup after a loss in a thrilling final against Ferencvaros. Szolnok leads the race in the Hungarian League with 11 wins in as many matches. On the other side, Mladost has played just three matches since the beginning of the season. Three weeks ago, they stopped activities after some players tested positive for coronavirus. Today, Mladost announced that three players hadn’t gone to Italy: goalkeeper and captain Ivan Marcelic, Marin Dasic, and the best scorer Luka Bukic. Szolnok also had a forced pause because of coronavirus cases, but that happened at the beginning of September.

Pays d’Aix and Ydraikos are also seeking their chances from the background. Pays d’Aix, the 2nd-placed team in the suspended 2019/20 French League, had ups and downs in the first six rounds of the French League, but this is an experienced team. Ydriakos, which won 3rd place in the last season’s Greek League, will make its debut in the Champions League qualifications. The Greeks had problems with training. The pools in Greece are closed because of the new lockdown. Ydraikos asked for special permission to train before the Champions League. In principle, the local authorities accepted the request, but the official permission hasn’t arrived, and the club didn’t train in the water in the past week. And after all, the club faced problems with the travel.

A piece of unofficial information that the tournament will be played in the indoor pool in Catania appeared a few days ago. But this information hasn’t been confirmed. Ortigia will host the tournament in its outdoor pool in Syracuse. That might be an advantage for the home team. The other clubs (with the exception of Ydriakos) aren’t used to play in an outdoor pool in November. Syracuse is a Mediterranean city, and water polo games are played in the outdoor pool during the almost whole season. The average temperature in November is 16-17 degrees Celsius. Most visiting teams have to adapt themselves to unusual conditions, especially in morning and evening matches.

It would be a surprise if OSC, with its excellent players Krisztian Manhercz, Balazs Erdelyi, Balazs Harai, doesn’t win the 1st position in Group B1. Terrassa, which played in the 2019/20 Champions League, will probably be OSC’s strongest opponent. Both teams are composed of domestic players. There are no foreigners on the rosters of these two clubs.

The Hungarians and the Spaniards shouldn’t underestimate Sintez, the Russian champion. Radnicki did an excellent job in the 2020 transfer market and it has a team that can upset favorites. The best scorer of the 2019/20 Hungarian League Strahinja Rasovic plays for Radnicki. Tourcoing has a similar role at this tournament as Radnicki.

Brescia and Vouliagemni are eyeing 1st place in Group B1. The two teams were very active in the transfer market last summer.

Vouliagmeni renewed contracts with Christos Afroudakis, brought in Luka Lozina, Emmanouil Mylonakis, etc. Brescia has the biggest chance to reach 1st place, but the Italians had many problems with coronavirus in the past two months. On November 2, they finally overcame these troubles, and the whole team trained together for the first time after August 24.

On the other side, Vouliagmeni plays excellently on the domestic stage. Vouliagmeni has a perfect record 5/5. It has played a few derbies and beat Olympiacos and Apollon. But, Vouliagmen didn’t train last week in the usual way due to the lockdown. Because of that, Vouliagmeni arrived in Budapest yesterday and it will do final preparations in Budapest.

Oradea has a young team. Serbia goalkeeper Gojko Pijetlovic (37) and Ramiro Georgescu (38) are above the average age. Besides Pijetlovic, Oradea’s foreigners are Japanese striker Seiya Adachi and Dragoljub Rogac (Serbia).

ENKA’s capabilities are unknown to the rivals. The Istanbul-based club has two veterans – a 45-year-old goalkeeper of Turkey Atilla Sezer, and Damir Buric (40), who won the Olympic gold with Croatia in 2012. Other players are much younger.

Under LEN Health Protocol, all teams will be isolated during the tournaments. They won’t be allowed to leave the hotels and the pools. All players and staff members had to undergo PCR testing before leaving their countries. Only persons with negative tests can play or attend the tournament.