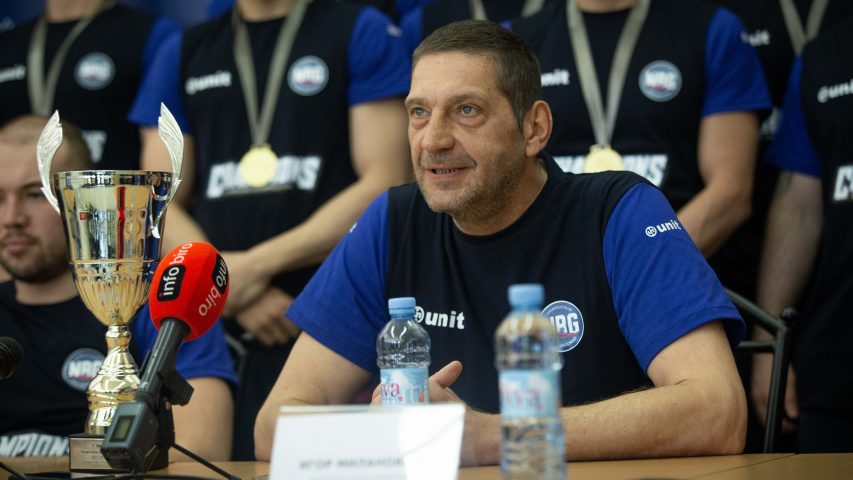 Neither the coach nor the club has commented on the information about the split up, published by the website Sportklub.rs. However, it’s expected that an official announcement regarding the continuation or end of the cooperation between Milanovic and Novi Beograd will come soon. Reliable sources say that Milanovic will likely leave the club.

Milanovic, the five-time Champions League winner (three times as a player and twice as a coach) and double Olympic champion as a player, was appointed as Novi Beograd coach in late February. Since his arrival, Novi Beograd has won the first two trophies in the club’s history – the Regional League and the Serbian Championship.

Novi Beograd was very close to the title in the Champions League. The Serbian champion, the host of the Final Eight, lost to Pro Recco in a dramatic final that ended after a penalty shootout.

So, Milanovic was successful in a short period spent on Novi Beograd’s bench..

Three coaches guided Novi Beograd in the past season. Vladimir Vujasinovic started the season but resigned in the middle of the season. Novi Beograd had ups and downs in the first half of the season. Vujasinovic departed the club after disappointing results in the Regional League second stage in late January. Vujasinovic was replaced by Dejan Jovovic, an experienced coach who works with Novi Beograd’s junior and youth teams. But it was clear that Jovovic’s appointment was a temporary solution, which was confirmed a month after. Jovovic stayed at the club and returned to work with juniors.

Since the last summer, Novi Beograd has had the highest ambitions in all competitions. The team will be stronger in the next season, as Alvaro Granados (Barceloneta), Dimitrios Skoumpakis (Vouliagmeni), goalkeeper Radoslav Filipovic, Savo Cetkovic (both Sabac) will arrive at the club. However, the club hasn’t confirmed any of the transfers yet.