Impressive Hungary down the Dutch in U19 European Semi-finals 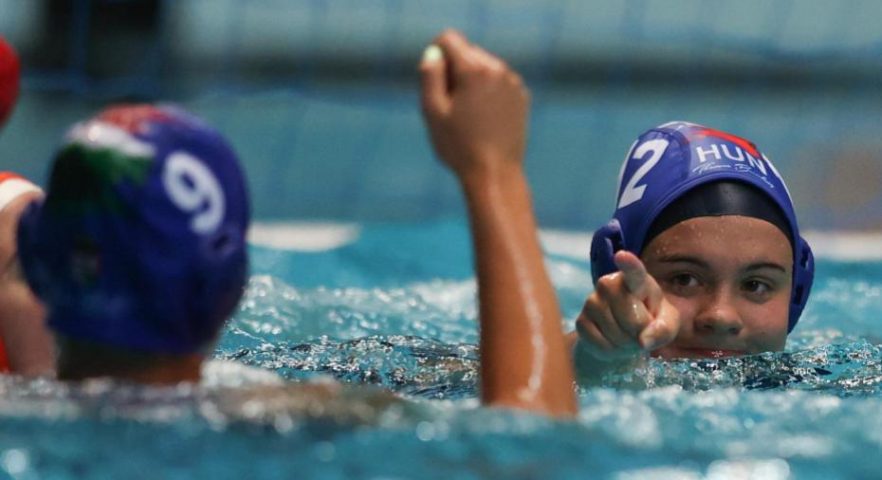 Hungary are through to their first U19 European Championship final in 10 years after bossing the Netherlands 8-4 in the first Semi-final in Netanya.

A brace from Flora Fekete and Panni Szegedi guided the Hungarians past the Oranges – who were without doubt second best today.

In the end, the scoreline didn’t really reflect how well the Hungarian’s played in the match –  the Magyars were rock solid at the back, and were clinical in front of the Dutch goal.

The Dutch managed to score two goals in the last moments in the game to make the score look slightly better, but they will be disappointed in the way they competed today.

Hungary will now face the winner of Greece and Spain, which is to be played at 20:30 local time this evening.

The first quarter was tight, and three of the four goals we saw were from the 5m penalty line.

Panni Szegedi was guilty of giving Feline Voordouw the opening goal of the game via the first penalty with a cool finish into the bottom left corner. Hungary responded immediately, with Flora Fekete finishing well from a Eszter Macsai’s clever pass on the right.

But Fekete was then at fault for giving the Dutch their second penalty of the game, and while Boglarka Neszmely got a lot of her hand on the ball, Kila Van der Veen’s shot to the right had enough pace to beat the promising Ferencvaros goalie. 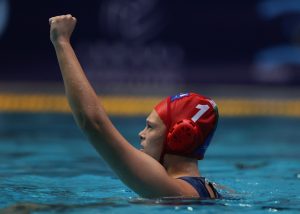 However, the Dutch re-payed the favour, and Nina Van de Geijn must have known that Panni Szegedi was going to fire Hungary level when she saw her grab the ball from the penalty the Dutch number six had conceded.

The second period was as close as the first, but Hungary made their chances pay – Flora Fekete firstly found Dalma Domsodi on the back post for the easiest of tap-ins, before Panni Szegedi gave her club and national team coach, Marton Benczur, something to celebrate with a classy near-post finish from the perimeter.

While both sides hit the woodwork throughout the rest of the quarter, the score stayed at 4-2 for the duration of the period.

Having failed to net in the second period, the Dutch desperately needed to find a way to threaten in the third – but the Hungarians were intransigent in defence, led by the incredibly talented, and vocal, Boglarka Neszmely

But the real problem for the Dutch was that the Hungarians were showing as much quality up top in attack as they were in defence. Sanne Keijzer will know she should have done better from Eszter Macsai’s bouncing shot from the right-wing which seemingly beat her for pace, before Nora Sumegi nonchalantly put the Hungarians 6-2 up with a rocket from range. 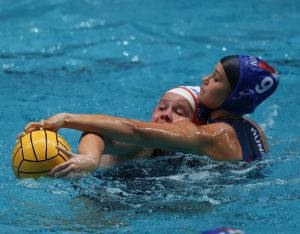 Into the last, having not conceded a goal from open play throughout the whole match, Hungary were destined to reach their first U19 European Championship final since 2012.

To add insult to injury, Panna Tiba showed great skill to score her first of the game. She cleverly deceived the Dutch defence, before firing past Keijzer in the Orange goal. Tiba then set up Eszter Macsai to secure a very well-deserved brace from a swift Hungarian timeout move.

While it didn’t look like the Dutch could find a way to beat Neszmely in the Hungarian goal, it took two very special shots off from the arm of Lois Den Ouden, via the left-hand post, and a Noa De Vries attempt off the cross-bar, to beat Hungary’s substitute goalkeeper, Szonja Golopencza.