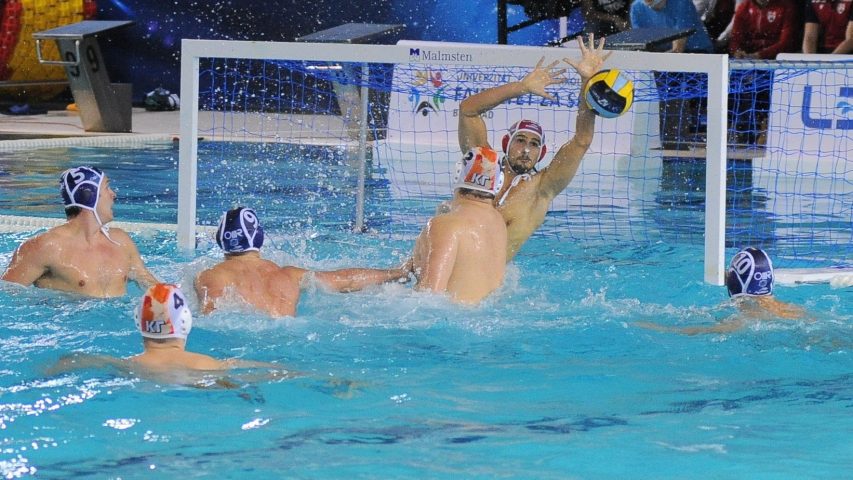 Pro Recco, Savona, Brescia, and Telimar advanced to the semifinals of the 30th edition of the Italian Cup.

The Final Eight has started this evening in Genoa, with the quarterfinals

The most thrilling match of the day was the last one. Telimar Palermo secured the semifinals after a big drama. The Sicilians defeated host Iren Quinto in a penalty shootout – 13:11 (9:9 regular time).

Tommorow, Pro Recco will face Savona in the semifinals. Telimar and Brescia will clash in the second match.

The first two matches of the day lacked excitement. Pro Recco showed no mercy to Trieste, which had only 11 players on the roster, including three teenagers. Savona broke Anzio’s resistance in the middle of the game. Savona had a one-goal advantage (4:3) in the 12th minute. In the following seven minutes, Savona scored five unanswered goals, jumped to a 9:3 lead and never looked back.

A month ago, the league match Brescia – Ortigia ended in a 9:9 draw. Today’s game between these rivals produced 18 goals again, but Brescia recorded a 10:8 victory. Brescia played brilliantly in the second quarter, and had a 6:2 lead at halftime. The Sicilians narrowed the gap (4:7) before the final period and started coming back. Ortigia scored three straight goals in the first 03:13 minutes and leveled at 7:7. Edoardo di Somma replied with two goals immediately and Brescia went to 9:7. Two and a half minutes before the end, Ortigia’s Rossi converted a man-up to give his team hope (8:9). But, in the next attack, Vincenzo Dolce netted an action goal to set the final score 10:8.

Telimar and Iren ran a neck-and-neck race throughout the game. Before the final quarter, the score was 6:6. The Sicilians scored the first two goals in the fourth period (Basic and Irving) and Telimar went to 8:6 (27th minute). Two goals separated the rivals for the first time. But, Quinto responded with two quick goals (Panerai and Di Somma) to level at 8:8. Davide Occhione gave Telimar a 9:8 advantage with 03:14 seconds remaining on the clock. After that, defenses dominated. Telimar was very close to a victory. But, the Palermo-based team lost the ball in its last possession, and Quinto had a chance to equalize in the last 20 seconds of the match. Quinto’s goalkeeper Pellegrini joined his teammates in the attack. This move paid off. A second before the end Ravina netted the equalizer and the drama continued in a penalty shootout.

Telimar’s goalkeeper Gianmarco Nicosia was a hero of the thriller. He saved shots from Gitto and Ravina in the third and the fourth round of the shootout. Telimar’s players made no mistake and they celebrated the win after the 4th round of the penalty shots.