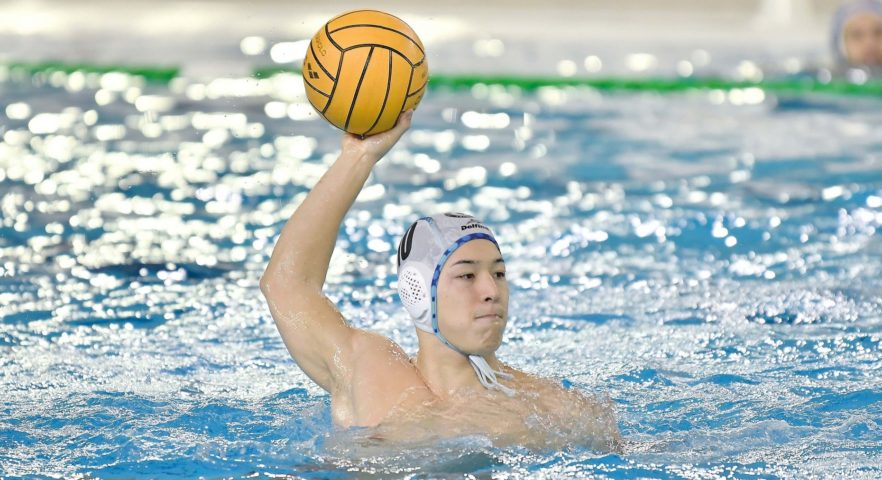 It seems that there are not many open questions before the return leg of the LEN Euro Cup quarterfinals.

The teams that won in the 1st matches today are very close to the semifinals.

Both Italian clubs in this stage earned away victories.

Savona, playing excellently in defense, beat Tourcoing in France (8:5) in one of the derbies of the quarterfinals.

The other derby is an encounter between Szolnok and Trieste. The first match was played in Hungary, and Trieste emerged as a winner in a big battle – 13:12. One goal isn’t a big victory, but it’s hard to beat Trieste on its home field.

The other Hungarian club in the quarterfinals, Vasas made a big step toward the semifinals with a 10:4 victory over Sabac in the game played in Budapest.

Panionios recorded a convincing win in front of the home crowd, like Vasas. The Greeks defeated Oradea (10:5).

The return matches are scheduled for February 8.

Savona stunned Tourcoing in the first half. The Italians’ defense, commanded by Gianmarco Nicosia, was superb. Already in the 9th minute, Savona had a 4:0 advantage. It was the last goal in the first half. Tourcoing got on the scoreboard only in the 18th minute when Brguljan converted a man-up. In the 22nd minute, the hosts reduced the gap to two (2:4), but the Italians rebuilt a 2-goal lead before the final quarter (6:2).

Tourcoing well in the fourth period. The French narrowed the distance to two in the middle of the fourth period (5:7), but they didn’t go further. Ten seconds before the buzzer, Valerio Rizzo converted a man-up, and Savona had a very good 3-goal advantage before the home match.

The encounter between Szolnok and Trieste didn’t disappoint. It was an even contest, as expected. Three goals never separated the rivals.

The Italians, led by Japanese Yusuke Inaba, leveled at the beginning of the third quarter (7:7), but Szolnok quickly regained a 2-goal lead (9:7). The visitors leveled twice (9:9 and 10:10). Still, Szolnok had a slim advantage before the fourth quarter (11:10).

However, the hosts couldn’t continue in the same rhythm. The fourth quarter belonged to the hosts. Trieste produced a 3:0 run and went to 13:11 (29th minute). The hosts halved the distance, and they had a chance to level from a penalty shot in the 31st minute. But, Trieste’s goalkeeper Oliva saved a shot from Pasztor and the Italians claimed a slim but valuable victory.

The Hungarians scored three unanswered goals in the first quarter (all three were with an extra man), and Nagaev extended the hosts’ series in the first possession in the second period (4:0). Immediately after, Sabac got on the scoreboard (1:4), but the Hungarians regained a 4-goal lead quickly and maintained the difference until the middle break.
Nine of ten goals in the first half were scored with a power play advantage. Only the last one was from a 6 on 6 attack (Randjelovic hit the back of the net for 7:3 in the 14th minute). Vasas’ conversion of the 6 on 5 opportunities was 6/8, and Sabac’s 2/6 in the first two periods.

In the second half, both defenses worked better. Still, Vasas streched the margin to six (10:4). Sabac had a good chance to reduce the gap from a penalty shot in the last minute. Still, Branslav Mitrovic saved a shot from Ognjen Stojanovic.

Panionios led throughout the match, but Oradea kept up with the hosts until the middle of the second quarter. Two minutes before the end of the first half, Oradea was just a step behind (3:4). But, then Kapetanikis opened the hosts’ series of three consecutive goals. Panionios entered the final quarter with a 7:3 lead. The Greeks controlled the match in the fourth period. They had a 6-goal lead at the finish (10:4), but Negrean beat the buzzer. He scored in the very last second for 5:10 to wake up Oradea’s slim hope before the return match