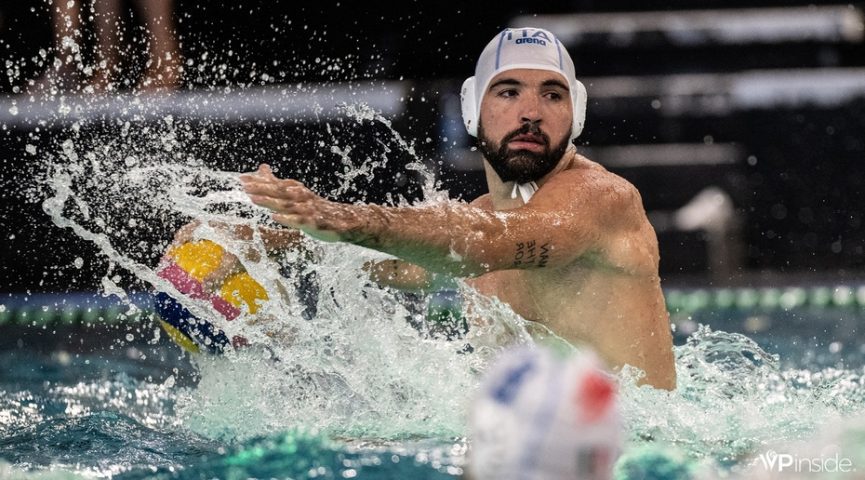 The male Italian national team advanced to the World League final for the fourth time in its history.

Italy beat Spain narrowly (9:8) in the first semifinal of the World League Super Final in Strasbourg.

The “Settebello” led most of today’s rematch of the World Championships final. But, Spain managed to come back in the final minutes. The reigning World champions erased a three-goal deficit and leveled at 8:8. Still, the Italians scored the last goal in the match and kept a chance to win a first World League gold.

As mentioned, Italy played in the final three times (2003, 2011, 2017) but lost all three games. Besides three silvers, Italy has won two bronze medals in the World League

Both teams had ups and downs in the first half. After less than three minutes, Italy earned a 2:0 lead (Cannella and Renzuto). But, Spain took control after that and netted three straight goals (Sanahuja, Barroso, Paul) and went ahead – 3:2 (11th minute).

But then Italy tightened its defense, produced a 3:0 series by the middle break, and entered the second half leading 5:3.

It’s interesting that there were only four exclusions in the first half (Spain committed three personal fouls, Italy one). The Italians scored one power-play goal, while Spain didn’t convert its only chance.

After the 3-minute break, the Italians kept the momentum and added the fourth goal in a row for a solid 6:3 advantage (19th minute). The “Settebello” kept Spain scoreless for 09:43 minutes. Bustos ended his team’s long goalless phase by converting a man-up for 4:6.

The Italians regained a 3-goal in the last minute of the third period after Cannella scored from a counterattack for 7:4. But, Sanahuja responded immediately with an action goal for 5:7.

Early in the fourth period, Vincenzo Renzuto Iodice added his third goal (8:5). However, the final was still far from the Italians. Spain’s new comeback was yet to come. They netted three goals in a row and caught up with the big rival.

Centre-forward Roger Tahull found the net with 02:12 minutes left on the clock and leveled at 8:8. The teams were tied, but not for long. In the next possession, Alesiani made it 9:8. It turned out that it was the final score. Shortly after, the Spaniards wasted a man-up (Barroso hit the post). They had the last attack in the match, but Del Lungo saved two shots in the dying seconds and Italy went to the final.

As for the official statistics, there were just 13 exclusions during the match (6 for Italy and 7 for Spain). Italy’s conversion of the man-up shots was 2/5, and Spain’s 1/3. There were no penalty shots.