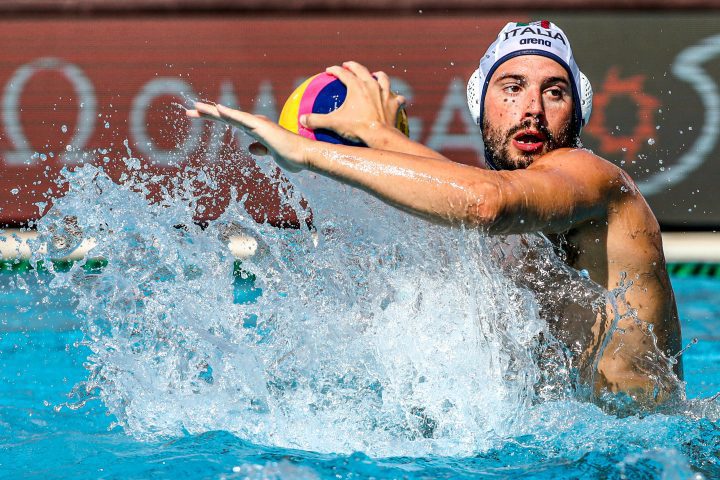 On Sunday, Italy will battle for its 5th title of the World water polo champions for men.

The reigning champions beat Olympic silver medalist Greece 11:10 in the first semifinal of the World Championships in Budapest.

Italy is the only team with four titles of the world water polo champion for men, and now, it has a chance to improve the record.

The Italians led throughout the game. The Greeks leveled only three times, but nothing was decided until the final buzzer.

There were no goals until the middle of the first period when Dolce converted a man-up for 1:0. Kalogeropoulos leveled immediately, but the Italians built a 2-goal lead (3:1) in the 7th minute, and maintained the difference until the first break.

Vlachopoulos halved the gap in Greece’s first possession in the second quarter. Still, in the following minutes, neither of the sides could find the net. The teams fought a hard battle. In the third minute of this quarter, it was a 5-on-5 battle. At 05:10, after, four players were excluded (two double exclusions) – Marziali, Iocchi Gratta (Italy), Argyropoulos, Kakaris (Greece). During these 20 seconds in which both teams played with two players fewer, there were no goals.

Fountoulis leveled at 4:4, scoring an action goal in the 14th minute. However, the Italians restored a two-goal lead quickly (Presciutti and Di Somma) – 6:4, but just 19 seconds before the buzzer, Nikolaidis netted from a 6 on 5 and Greece trailed 5:6 before the second half of the game.

Gendiounias opened the third period with an equalizer for 6:6. There were no goals for a while. Defenses and goalkeepers (especially Marco Del Lungo, who deserved the MVP of the match award) did a good job. Still, two and a half minutes before the last break, Francesco Di Fulvio found the net from a distance for 7:6.

The Italians got off to an excellent start into the fourth period. They scored two goals in the first 77 seconds. Presciutti made it 8:6, while Dolce scored with a nice backhander after Damonte’s assist, and Italy had a 3-goal lead for the first time (9:6). 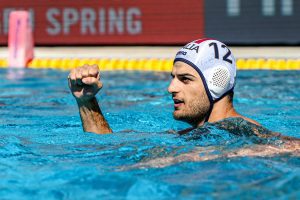 But, Greece replied with two quick power-play goals (Kakaris and Kalogeropoulos) and was back in the game. Midway through the quarter, Dolcescored from a 6 on 5 for 10:8. After that, Greece failed to convert a double man-up, but the drama wasn’t over yet.

A minute and 50 seconds from the buzzer, Genidnounias scored with an extra player – 10:11 and revived Greece’s hopes. But, in the next possession, Francesco Di Fulvio “fired” the bomb, and Italy went to 11:9 with 58 seconds remaining on the clock. Still, Greece didn’t surrender, but it couldn’t come back. Genidnounias hit the post with 41 seconds remaining. Italy didn’t shoot in its last attack, so Greece had the last 11 seconds and a chance to make a miracle in that period.

There were no miracles, but the game had a controversial ending. Four seconds after a quarrel and pushing between the players in front of Italy’s goal, and a very long VAR review, the referees awarded a penalty for Greece. Vlachopoulos sent the ball into the net -10:11. Then, two seconds from the end, an Italian player made a mistake and sent the ball into the corner. Still, Greece could do nothing in the last two seconds and Italy went to the final.