Italy’s roster for Strasbourg: Di Fulvio and Echenique are missing 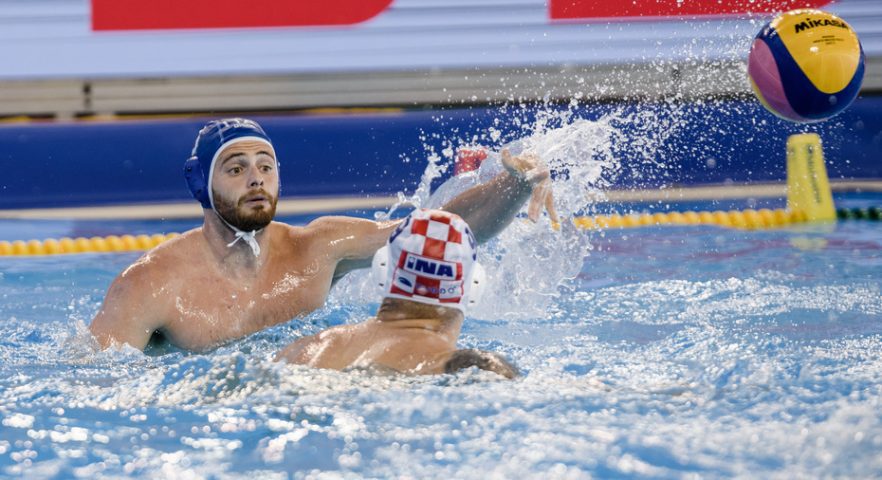 Luca Damonte will be the only left-handed Italy's player in Strasbourg Photo by Krsto Vulovic/wpolo.me

Italy will play at the World League Super Final (Strasbourg, July 22 – 27) with almost the same team as at the World Championships.

Only two of the players who won silver in Budapest aren’t on a 16-players list announced by head coach Alessandro Campagna. Two Pro Recco’s aces – Francesco Di Fulvio and left-handed Gonzalo Echenique – won’t participate in the Super Final. Echenique underwent surgery shortly after the World Championships, and he is still recovering. Francesco Di Fulvio, who has played in all national team competitions since 2014, got a rest.

Actually, Italy will probably play without three silver medalists. Lorenzo Bruni (Savona) is on a 16-player list  However, Bruni is slightly injured and probably won’t play in Strasbourg, but he will travel to France and train with the team.

New faces compared to Budapest are Brescia’s Jacoppo Alesiani and Vincenzo Renzuto Iodice (both were reserves in Budapest), and three young players of Ortigia – Fererro, Condemi and Cassia.

A head coach can enter a 15-player roster for the World League Super Final and pick 13 before each match.

Italy will play in Group B in Strasbourg, with USA, France, and Canada.

The ‘Settebello”‘s last rehearsal before the Super Final was a tour in California, where they played three matches against the USA. The Italians lost two games (the second after a penalty shootout) and won one match.