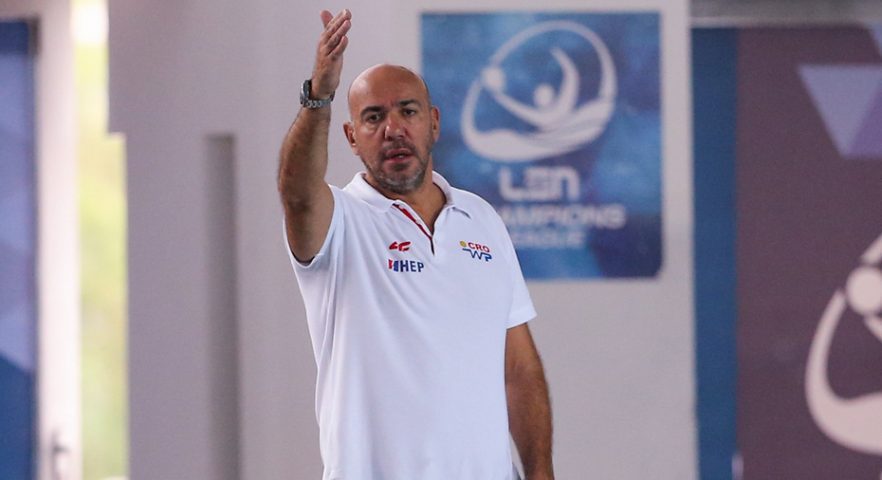 The men’s team of Croatia, the hosts of the European Championships, has just finished one more phase of the preparations for the tournament in Split.

Croatia played in the tournament in Belgrade. They beat France and host Serbia and lost to Italy today to finish in 2nd place.

The Croats opened this summer with 4th place at the World Championships. Reaching the semifinals is good, but Croatia’s ambitions are always higher.

“I can’t say that 4th place in Budapest was an excellent success. Regardless of whether the team is young or experienced, we always target a medal at each competition. Therefore, we can’t be fully satisfied with the results in Budapest. But, on the other side, I think that we played quite a good tournament. This new generation proved that it has potential for the future period.”, Tucak said in an interview with Total Waterpolo.

Croatia has had problems with injuries and health during the preparations. Tucak couldn’t count on all players he wanted to.

“Yes, we had some problems, we left without Ante Vukicevic, who is one of our key players. He will miss the Championships due to high blood pressure. It is a big blow for our national team. However, in the past weeks, we have made some corrections to make up for his absence. I think that we have been getting in good shape. This team has become more and more serious. I believe that we can play well in Split.

As usual, the favorites for the title are “the big seven” – Croatia, title-holder Hungary, Serbia, Spain, Italy, -Greece, and Montenegro. Croatia’s rivals in the group stage will be Greece, France, and Malta.

Croatia played against one of its opponents, France, on Day 1 of the Belgrade tournament and recorded a 15:11 win.

Do you expect some surprises in the tournament?

“Anyone can beat anyone in that circle of seven, eight favorites. But, European water polo has changed in the last years. Serbia, Croatia, Hungary don’t dominate anymore. A very good team of France appeared on the stage. The French invest a lot in their clubs. For instance, 20 Croatian players are in the French clubs. Their national team has become better and better. France isn’t in a circle of the favorites, but it is a tough rival. Each team must respect France and prepare well for a game against them. I see the Netherlands as a possible surprise. There will be many excellent teams at the European Championships, and I expect a very balanced tournament.”

“As always, our ambition is to win a medal”, Ivica Tucak said for the end.