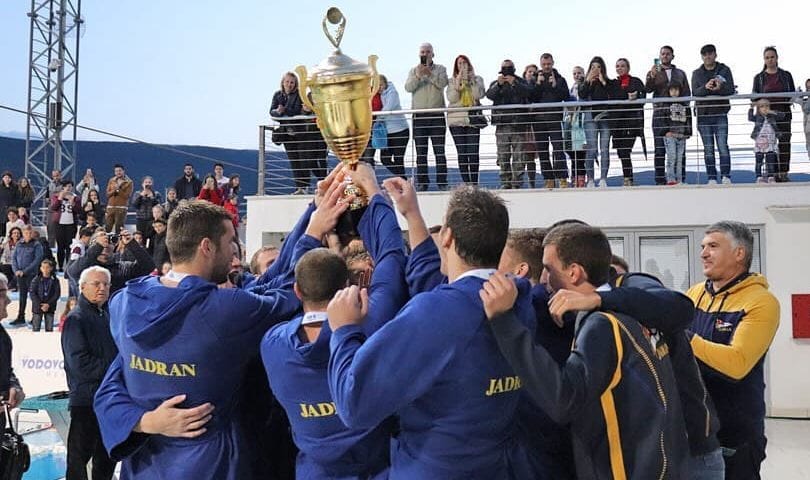 Yesterday, Jadran Carine and VK Budva played their 3rd game in the playoff final series of the Montenegrian Championship. In front of their home crowd, Jadran managed to defend their title and lift the Championship trophy for the 15th time in their history.

Similar to the first two matches, Jadran showed they are one step ahead of Budva at this moment, not leaving any room for surprises. After losing the 1st quarter, they pushed harder and turned the result in their favour, winning the game 12-10.

“This is the crown of our season. Our team has great players and I believe this is just the beginning of their fantastic careers! “

This is Jadran’s 9th title in the last 11 years. Considering how young players like Duro Radovic and Vladan Spajic became crucial parts of the team this season combined with their successful junior divisions who recently won the TOMO 2019 Tournament in Dubrovnik, Herceg Novi is set for excellent water polo in the upcoming years.