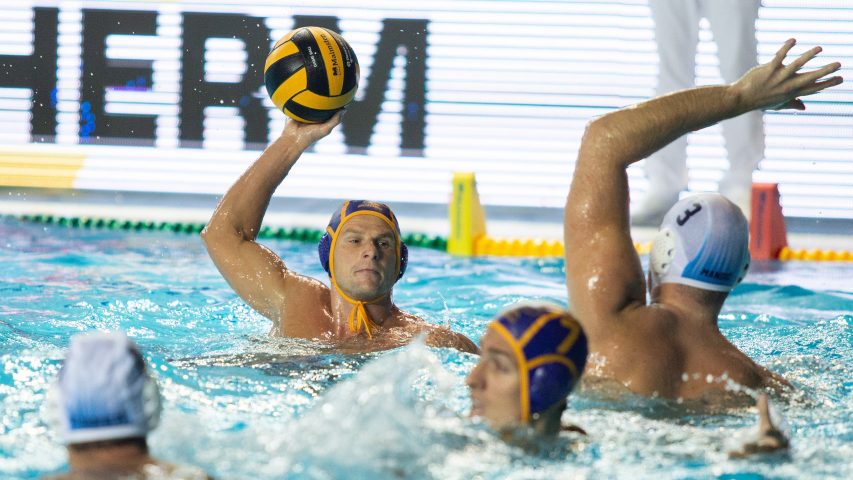 Jadran Herceg Novi defeated Crvena Zvezda 11:9 in the derby of the opening day of the Premier Regional League Stage 3.

That duel was the first one in Group F in Zagreb. Collecting the three points Jadran HN kept its hopes of reaching the Final Four alive. On the other side, Crvena Zvezda is practically out of the race for the spots at the final tournament.

An encounter between host Mladost and Mornar closed the first day. Mladost started slowly, but it didn’t let Mornar make surprise. The home side recorded a 11:7 victory.

The first round in Group F (Kragujevac) will be played tommorow.

Jadran took control in the opening minutes and built a 4:1 lead. However, Crvena Zvezda came back in the match. Even four goals were scored in the last two minutes of the first period. The Serbs cut the deficit to 3:4, Vujovic doubled Jadran’s lead (5:3), but Pjesivac made it 4:5.

After nine goals in the first quarter, defenses were up to the task in the second period. Gavril Subotic was the only one who found the net in this period, so the sides were tied at 5:5 at halftime.Jadran netted three unanswered goals in the third quarter. But, Crvena Zvezda responded in the same manner and caught up with the Montenegrins – 8:8 (30th minute)

Jadran went to 10:8 with 59 seconds to go, but the drama wasn’t over yet. In the next attack, Crvena Zvezda’s Basara scored for 9:10. After that, the Serbs killed Jadran’s man-up with five seconds remaining on the clock. Their coach Dejan Savic called a time out and set up a 7 on 6 attack. But Gavril Subotic had his shot blocked in dying seconds. Jadran’s goalie Darko Djurovic grabbed the ball and sent it into the net for the final score – 11:9.

Jadran remains in the race for the F4 berths. Tomorrow the Montenegrins face Jadran Split. That will probably be a decisive match in the battle for 4th place. Jadran Split has three points more than its namesake from Herceg Novi, but it will play one match more in the remaining three days. After the duel between two Jadrans, the Split-based side will play against Novi Beograd and Mladost. The Montenegrins will finish the regular season on Saturday with a game against Mornar.

Jadran Split left no chance to Budva. The leader of the Croatian Champion cruised to a win. Already in the 10th minute, the Split-based side had a 7-goal lead (8:1). After that, Jadran slowed down and saved energy for tomorrow’s derby against Jadran Herceg Novi.

Play by play and statitsics

The first half was an even contest. Moreover, Mornar dictated the pace in the first two quarters. Mladost took a lead just once (2:1). But, the hosts regrouped themselves during the middle break. They tightened their defense and produced a 6:0 run for a comfortable 11:6 lead (28th minute). Mornar scored a consolation goal in the last minute.