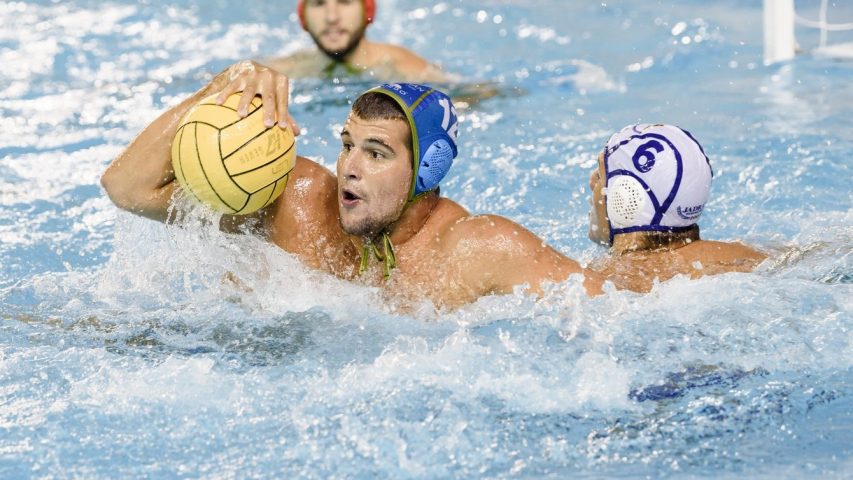 Several important and exciting games have been played on Day 2 of the Premier Regional League Third Stage.

It’s most likely that reigning champion Radnički will join these three clubs at the final tournament. But, Radnički disappointed its fans today. The title-holder suffered a 10:12 loss to Partizan in the first round of Group F in Kragujevac. Partizan can’t reach the F4 (only a series of surprises will lead them to the final tournament). But, the “black-whites” helped Jug, Jadran S and Novi Beograd. After Partizan beat Radnički, the Kragujevac-based team is practically out of the race for the top spot.

Two Serbian derbies were played today. The other was held in Zagreb. Igor Milanović debuted as Novi Beograd’s head coach with a 15:11 victory over Crvena Zvezda. Novi Beograd downed the rival with a 6:0 run in the third quarter.

Tomorrow, two big derbies will be played. Jadran S and Novi Beograd will face each other in Zagreb. An encounter between Jug and Radnicki will be the big match of the day in Kragujevac.

The results of these two games may answer the question of which team will take 1st place and organize the final tournament.

In the games between the teams that are at the bottom of the table, Solaris beat Šabac (12:10), and Budva and Mornar shared the points (6:6).

Besides Šabac, Solaris, Mornar and Budva, Primorac and Mladost are in a “danger zone”.

Jadran Split killed all the suspense quickly. The Croats dominated throughout the first quarter. The Split-based side earned a 4:1 lead. Early in the second period, Jadran HN came close(2:4), but the Croats didn’t let the Montenegrins go further. In the middle of this period, Luka Bukić netted an action goal for 5:2. Konstantin Kharkov streched the margin to four – 6:2. From that point on, Jadran Split’s win wasn’t in danger. The team in blue caps controlled the match. It even had a 6-goal advantage (11:5) before Jadran HN reduced the gap to five.

The final score was very similar to the result of the first match between these two sides this season. In September, Jadran S beat Jadran HN 15:10 in the Champions League Qualifications in Podgorica.

Luka Bukic and Jerko Marinic Kragic were the best scorers with three goals each.

Budva finally won the first point in the season. However, Mornar could be happier with this outcome, because it kept 12th place. If nothing changes in the standings Mornar will avoid direct relegation and secure a spot in the relegation playoffs.
Budva started excellently. The Montenegrins went to 4:1 before the first break. There were only three goals in the middle two periods, and Budva entered the final quarter with a 5:3 advantage. In the 26th minute, Budva’s Jablan converted a man-up for 6:3. However, Mornar was able to come back and secure a point. Bušelić scored from a 6 on 5 for 5:6 with 40 seconds remaining. Budva lost the ball in its last attack. Marin Vrdoljak, the man of the match, beat the buzzer. He scored his fifth goal with only three seconds to go and Mornar secured a 6:6 draw.

Play by play and statitsics

The result by quarters says all. The first half was quite balanced, but Novi Beograd stormed past Crvena Zvezda in the third period and secured the win during these eight minutes.

There were a lot of twists and turns in the first half, but the difference between the sides was never bigger than a goal. Crvena Zvezda was ahead at the first break (4:3). Novi Beograd gained a 5:4 lead in the 14th minute, but its rival equalized immediately. The teams were tied at 5:5 at halftime.

After the middle break, the match turned into a one-sided contest. Novi Beograd outplayed Crvena Zvezda in every aspect of the game. It netted six straight goals in seven minutes, while Gojko Pijetlovic posted several nice saves. A minute and 7 seconds before the last break, Novi Beograd led 11:5. Gavril Subotic broke Crvena Zvezda’s silence in the last minute of this period, but Vučinić closed the quarter and Novi Beograd regained a 6-goal advantage (12:6). But, Crvena Zvezda didn’t surrender. The “red-whites” halved the distance (10:13) with 02:25 minutes left on the clock. Still, Novi Beograd retook control and recorded a 15:11 victory.

Play by play and stastics

A young team of Primorac kept up with the favorite throughout the match and didn’t let Jug make a big difference. However, a more experienced team celebrated the win. Jug needed a lot of time to break the Montenegrins. After a 4:3 first half, Primorac leveled at 4:4 (17th minute), and again at 6:6 (21st minute). But, after Primorac’s sixth goal, Jug responded with three. The Croats produced a 3:0 series in 01:21 minutes (Fatović, Papanastasiou, Benić) to earn a 9:6 advantage (22nd minute). It was crucial for the final score. The fourth quarter was balanced, and Jug kept a 3-goal lead and 1st place in the standings.

Partizan’s win over Radnički isn’t a big surprise. The two teams have fought hard battles since the start of the season. Partizan beat the Regional League champion in the Serbian League. But, Partizan had very slim chances to reach the F4 before the third stage. On the other side, Radnički was targeting first place. Besides, Partizan played without Olympic champion Milan Aleksić. Considering all these facts, few could expect that Radnički would leave the pool empty-handed. 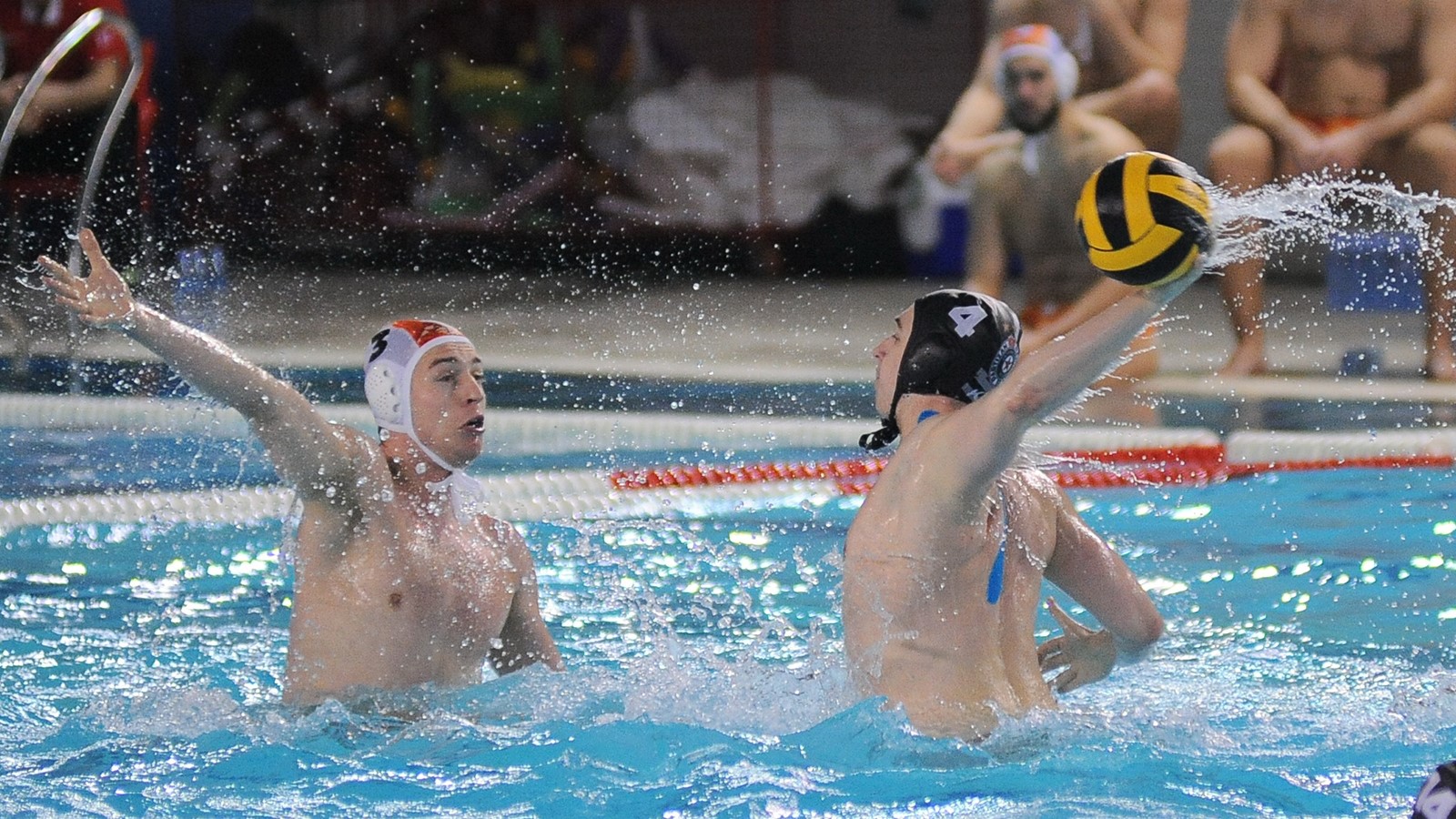 The hosts started very well. Radnički had a 2:0 lead after less than three minutes of play. In the fourth minute, it stood 3:2. Partizan caught up with the rival before the end of the first quarter, while it dominated the second. The visitors, led by a young Nikola Kojić jumped to a 4-goal advantage by halftime. In the last second of the first half, Kojić gave Partizan a 9:5 lead. In the 18th minute, another youngster Aleksa Nešić stretched the margin to five (10:5).

Radnički started climbing back. Stanojević scored a power-play goal for 8:10 in the 27th minute. But, Kojić replied with two goals within 21 seconds and Partizan went to 12:8. That was decisive. Radnički halved the distance, but Partizan kept the win.

After this loss, Radnički endangered its spot at the Final Four. In the next two days, the Kragujevac-based side will play against Jug and Šabac and needs at least one win to stay in the top four teams. After today’s loss, it’s almost certain that Radnički can’t bring the Final Four to its pool.

Solaris earned three valuable points, beating Šabac. The Šibenik-based side climbed to 10th place and pushed Šabac to 11th. If Solaris’ water polo players manage to keep 10th place, they will secure themselves a spot in the 2022/23 Premier League, while Šabac will play in the relegation playoffs. Everything is still open, but both teams will have challenging tasks on Saturday and Sunday. This win might be crucial in the battle for 10th place.

The game was an even contest until the middle break. Solaris scored four unanswered goals in the first four minutes of the second half and jumped to a 9:5. Šabac couldn’t recover from that shock. The Serbs cut the deficit before the last quarter (7:9), but Solaris regained a 4-goal lead in the final period.