The qualifications for the Champions League started with three high-scoring games. A total of 85 goals were scored in round 1 of Group B in Podgorica.

Jadran Split defeated its namesake Jadran Herceg Novi (15:10) in the derby of the opening day. Apollon Smyrnis was five goals down, but it beat Sintez Kazan (18:15). Enka Istanbul was too strong for Lithuanian Zaibas (18:9).

Seven teams play in this group. OSC Budapest, the strongest favorite, will play its first game on Thursday.

Two rounds will be played in Podgorica tomorrow (three games in the morning and three in the afternoon session). Group A in Savona starts tomorrow afternoon. Savona, Montpellier, Terrassa, Primorac, Vitoria Guimaraes and AZS Warsaw will battle for four available berths in Savona.

Apollon made an important step towards the second round by beating Sintez Kazan. The Russians started excellently, but Apollon produced a great comeback. Already in the 8th minute, Sintez had a 5-goal lead (7:2). A young Russian who plays for Apollon Ivan Gusarov found the net for 3:7 two seconds before the first break. Apollon started coming back and equalized at 11:11 in the 22nd minute. Forty-five seconds before the end of the third Goniotakis put Apollon in front (12:11). 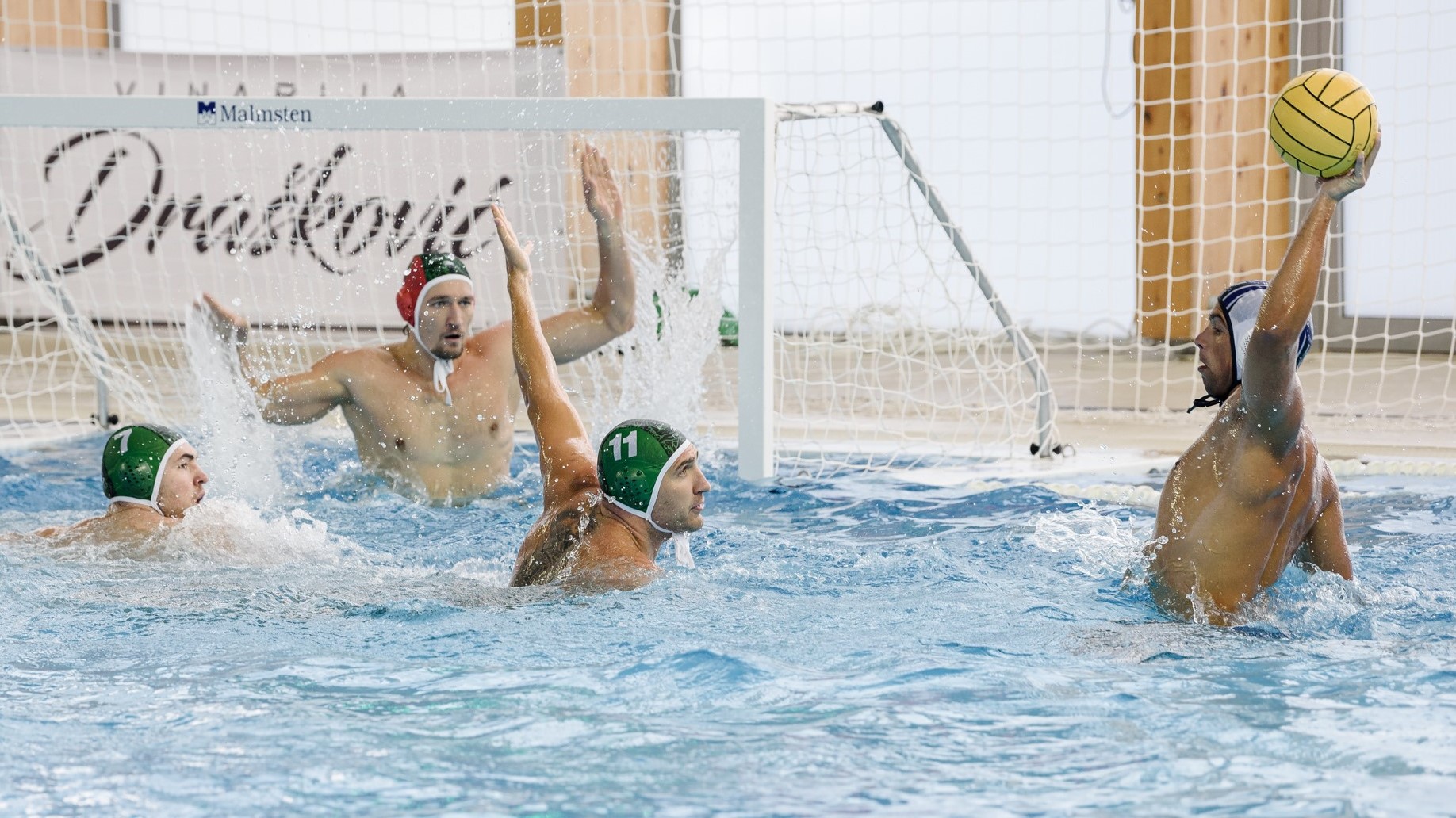 Sintez leveled at 12:12 and 13:13. At 04:46, Sintez’s Lisunov was red-carded for a brutality foul, and the Russians played with one man less in the following four minutes. AT that moment, the Greeks led 14:13. Gounas converted a penalty after the brutality foul for 15:13. Odintsov found the net for 14:15 immediately after. Shortly after, Apollon scored three goals in two minutes for 18:14 and secured the points.

“This was our first game in the season, and we needed some time to adapt to the Champions League rhythm. Fortunately, we managed to adapt and record the win, although we didn’t start well. I am happy because of the result and because our young team showed it had a character. That fact is the most important for me. We can be competitive in each game at the tournament, but we have to start better in the next games.” Apollon’s captain Alexandros Gounas told Total Waterpolo.

Jadran Split was a favorite in the derby of the day since the Croatian side has been reinforced during the summer, while many players left the Montenegrin champion. Jadran Split controlled the match The hosts equalized just once (3:3), but they kept up with the Split-based team until the middle of the third period. Jadran Split earned a 3-goal lead for the first time (10:7) in the 19th minute. The Croats led 12:9 before the final period. Early in the fourth, Jadran Herceg Novi came close (10:12). However, the visitors, led by a left-handed newcomer Konstantin Khrakov responded with three goals for a comfortable 15:10 victory. 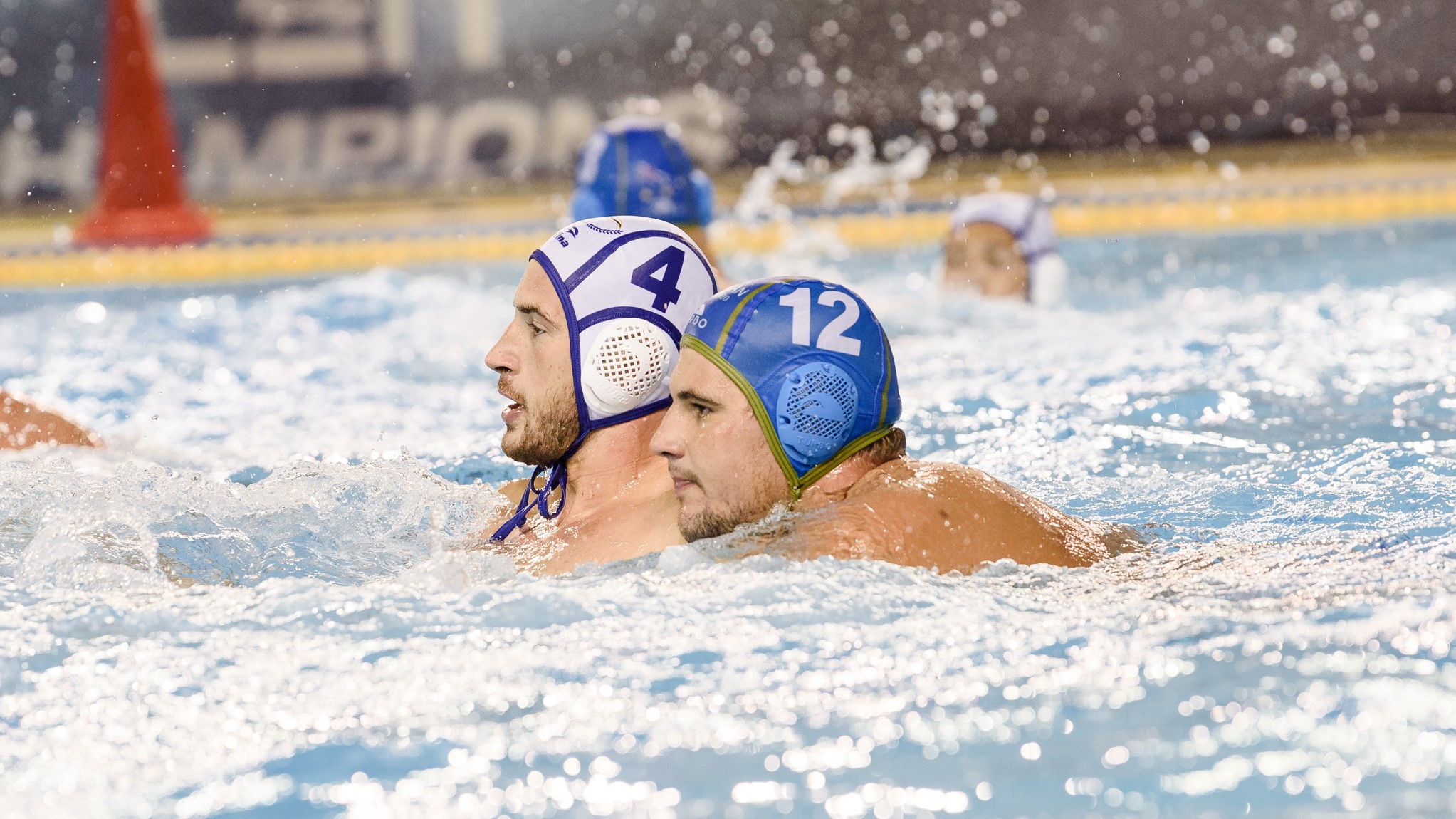 Enka Istanbul opened the match with a 4:0 lead, while it built a six-goal lead by halftime. It was clear that Zaibas couldn’t surprise the Turkish team. 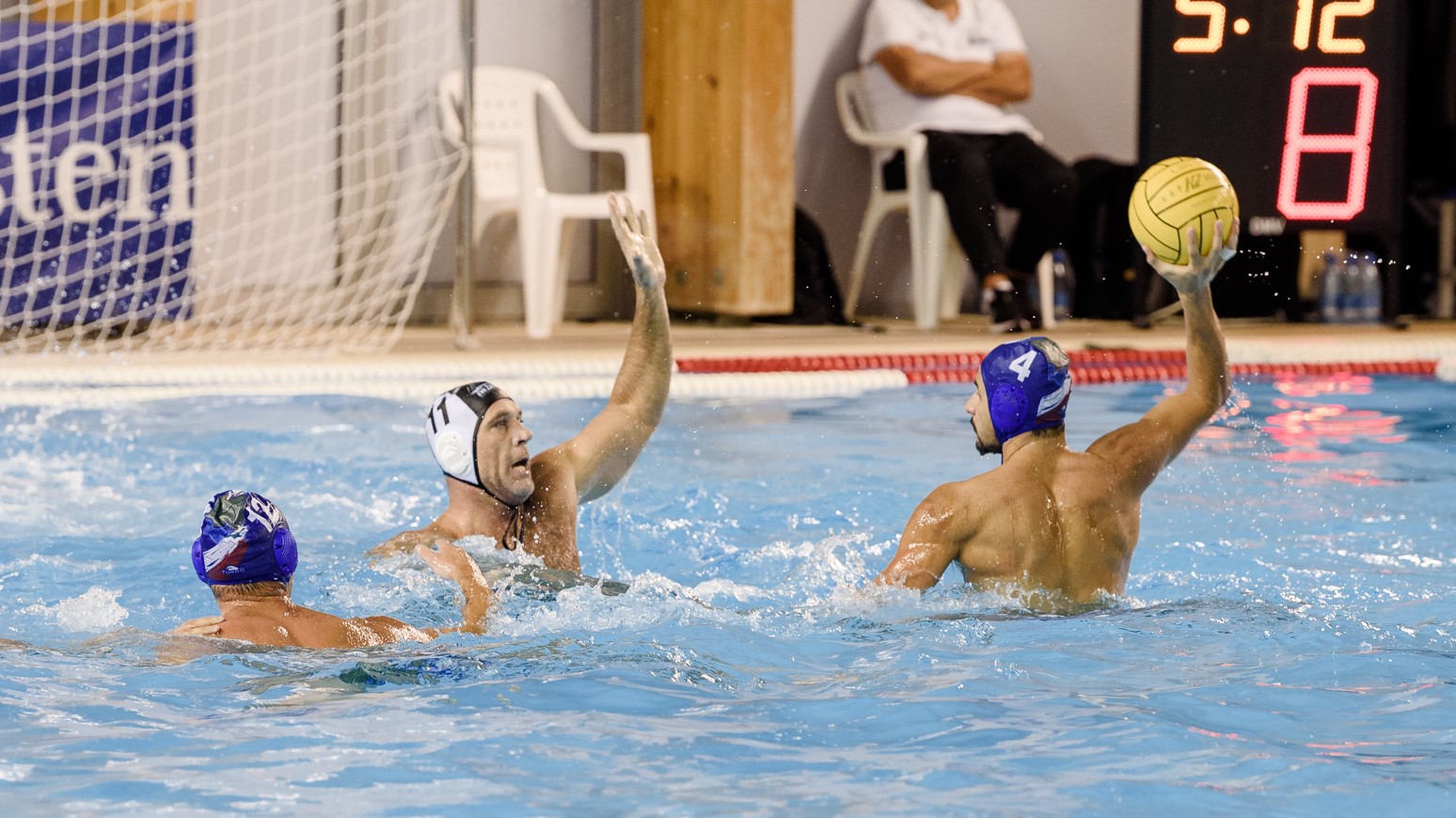 The two oldest players at the tournament were in the pool in this match. Enka’s goalkeeper Atila Sezer is was born 46 years ago. Zaibas’ most experienced player is a 41-year-old Blagoje Ivovic, a brother of Recco’s captain Aleksandar. Blagoje Ivovic was the best scorer in the Lithuanian team (three goals). The best scorer of the match was Paulo Obradovic (35 years), the Croatian Olympian and the 2012 Olympic champion, who debuted for Enka with four goals.