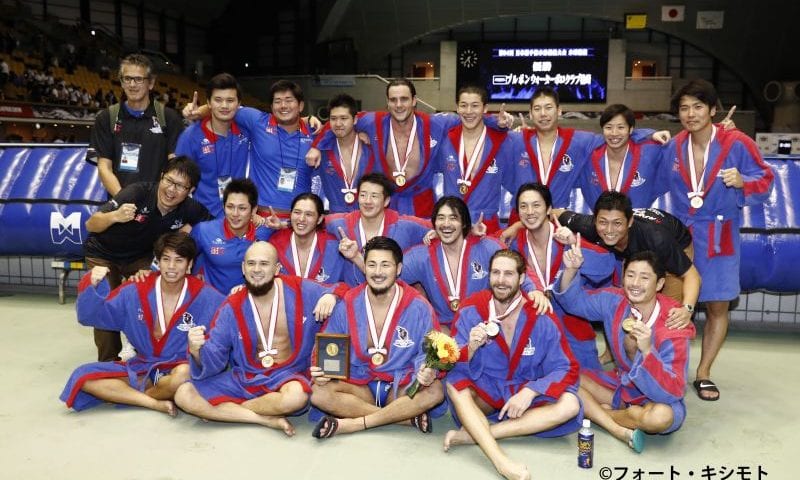 The 94th Japan Men’s and Women’s Water Polo Championship ended its final day, and the audience feedback was beyond expectation.

Although Shumei dominated the best part of the game, Kashiwazaki caught up pretty quickly and tied the result to 12:12 by the end of the fourth quarter. A penalty shootout followed, with Shumei scoring four goals as opposed to Kashiwazaki’s two. The decisive shot got them the third place and they went home with bronze.

In the Men category, University of Tsukuba fought Nippon Sports Science University for the bronze. The latter completely dominated the pool with their speed and strength. They scored seven goals only in the first quarter. While continuing with the outplaying, Tsukuba turned defensive, thus keeping the difference, but not scoring. With the final 12-goal difference, Nippon took the bronze.

In the battle for the gold in Women’s Championship, Shumei chased their 2nd consecutive title. As their captain said “The key is in the good start,” the team rushed from the beginning, scoring five goals in the first quarter. Japan Club scored only one, and the goal difference was on Shumei’s side for the rest of the game.

There were many counter-attacks in the second quarter, but none too good to stop the leading team. In the end, with 13:8, Shumei got their second consecutive title. 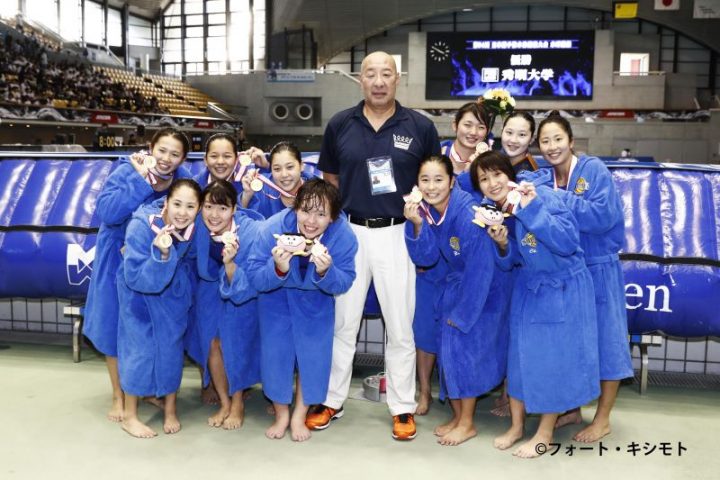 In the men’s finals, Kingfisher 74 and Kashiwazaki offered an exciting match to the audience. All until the last quarter, the score was tied, which was an intense situation for Kashiwazaki since they wanted their sixth consecutive gold very badly.

The constant battle in the pool and on the scoreboards kept the audience on their feet. The first quarter ended with 1:1, the second with 4:4, and the third with 7:7. It took all these quarters for the current champions to wake up and score a two-goal difference for 8:10.