Jerko Marinic Kragic: I am happy with direction in which Jadran is going 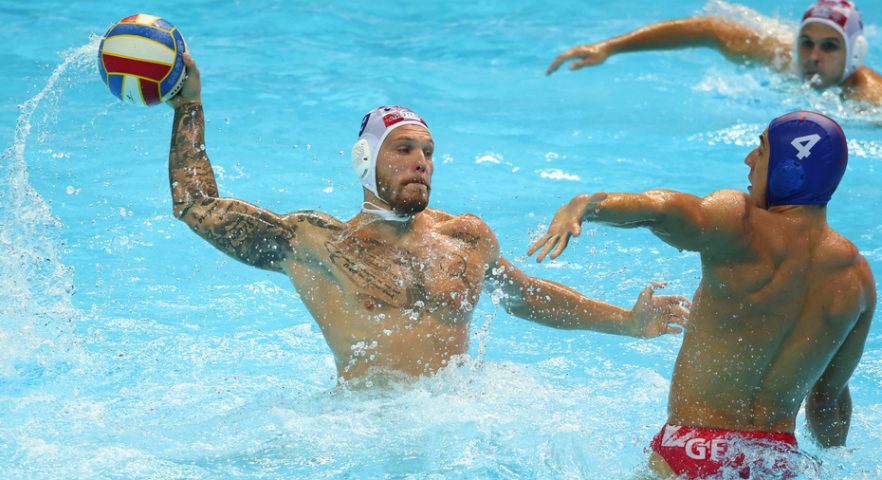 The last weekend was fully packed with games in the LEN competitions. A total of 91 games were played across Europe in the LEN Champions League Qualifications and in the LEN Euro Cup.

There were a lot of excellent and exciting matches, but the tournament of Group A of the Champions League Qualifications was the focus of the attention of most water polo lovers. Many called the tournament the “group of death” because several excellent teams battled for the top two spots – two former European champions, Jadran Split and Vasas, which both started getting back to the European top, 3rd-best Italian team Savona, former Serbian champion Sabac and reigning Romanian champion Steaua.

Jadran emerged as a winner in this very tough group. On Day 1, the hosts beat Steaua Bucharest convincingly. After that, crucial matches came. Jadran trailed for most of the game against Vasas, but recorded a 13:11 victory thanks to an excellent finish. A day after, Jadran beat Savona easier than expected. The match turned into a one-sided contest (13:5). The hosts secured 1st place with that victory. The last game could change nothing, but Jadran finished the tournament with a 14:13 win over Sabac.

Total Waterpolo spoke to Jerko Marinic Kragic, Jadran’s goal-getter, who was one of the key players in crucial matches.

“The match against Vasas was the most important in the group. We knew that even before the tournament, after the draw. Vasas is a club that has invested a lot in the team in the last few seasons and targets the best results. We had ups and downs in that game, but it is normal in the early phase of the season. However, we proved that we were a better team than Vasas at the moment and deserved the win.

After beating Vasas, we faced Savona. We took that match seriously because a bad result could spoil our plans. We beat them by nine goals. It’s hard to say if that result mirrors a real difference in quality, but we dominated from the beginning of the game and proved that we were better, as we did the day before against Vasas.”

Jadran’s current roster is similar to the one that played last season.

“Jadran is a team that hasn’t changed much in the last year. There were a few arrivals and departures, but the backbone of the team remained the same. Almost all of us have been together for a year, and that is our big benefit for this season.”

Analyzing the entire tournament and the matches that Jadran has played since the beginning of the season, Kragic says:

“I am satisfied with our current shape. We did a job at the tournament in the best possible way. It can’t be bad if we record four wins in four games. I am happy with the direction we are going. As for my individual shape.I played well. But I am aware that I still haven’t reached the optimum level of my form, but I am closer to the desired shape every day, which makes me happy.”

Last season, Jadran played in three finals. After almost three decades, it won the Croatian Cup, which was the club’s first trophy. The Split-based team lost to Jug in the final of the Croatian League and Novi Beograd in the Regional League gold match. 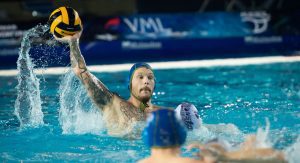 “Our ambitions are clear in this season. We want to battle for trophies in the domestic competitions and the Regional League. As for the Champions League, at this moment, we only think about the Qualification Round 3, and achieving the primary goal in Europe – getting into the Preliminary Stage.

Jadran will play against Oradea in the playoffs round. The Romanians surprised many by advancing to Round 3. Some consider Oradea an underdog in this stage of the qualifications. However, Marinic-Kragic, who played in the Romanian League for a few seasons, doesn’t underestimate Jadran’s next opponent:

“Oradea is a good team, which has been reinforced by several players of the Romanian national team. We mustn’t underestimate Oradea, but I believe we will achieve our goal and play in the Preliminary Stage.”

European gold – wind at back; everything is easier with fans

The pause between the national teams’ season and the clubs’ competitions was very short. Memories of the European Championships, held in the Spaladium Arena in Split, are still very fresh. Croatia won gold in the Spaladium (which is located several hundred meters from Jadran’s pool Poljud). Marinic-Kragic was one of the champions’ best players at the European Championships. He took responsibility in crucial moments. For instance, he scored two goals from penalties at the finish of a thrilling final against Hungary. 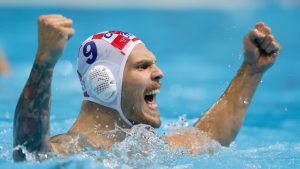 Besides Marinic-Kragic, two of Jadran’s players are freshly-crowned European champions (Luka Bukic, and Rino Buric). European gold is an excellent stimulus for Croatian water polo, especially for the team from the city where the national team won the crown.

“The gold medal at the European Championships boosted our self-confidence, of course. That is a great success. I think we still haven’t become aware of what we have achieved. The European title is the wind in our back and motivated us to continue with the work and success.”

The fans were an important part of the win in the Spaladium. Croatia had enormous support from the fans, and most of them were normally from Split. Marinic Kragic believes that water polo fans in his hometown will keep the momentum gained at the spectacular Europeans in Split.

“I believe that people who watched the games enjoyed water polo and that we brought our sport closer to them. A long season has started. We will play many demanding matches against demanding opponents. We must give our best to achieve good results, and it will be easier if we play in front of the packed stands!”