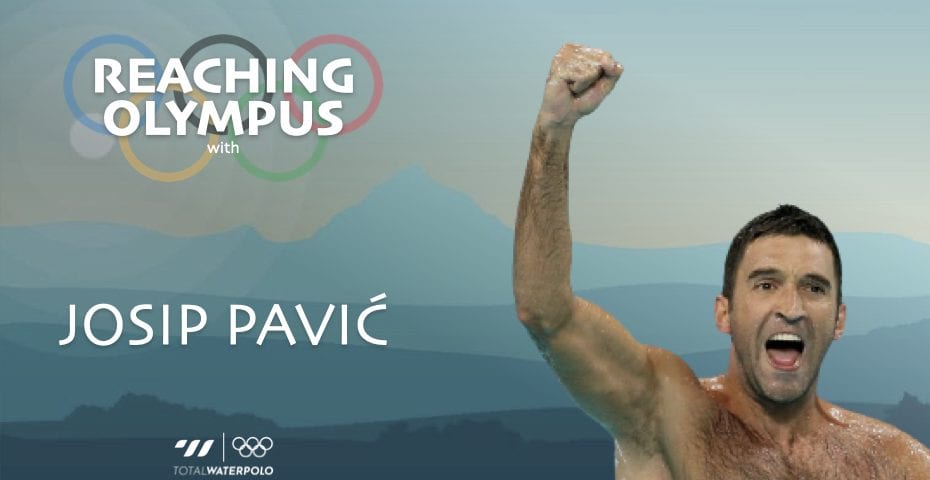 We finish the “Reaching Olympus” series with an interview Josip Pavic, a goalkeeper of the Croatian national team which won the gold medal at the 2012 Olympic Games.

Pavic, the best goalkeeper of the 21st century by Total Waterpolo’s jury, was a leader of the Croatian team in London. He was voted the MVP of the water polo tournament in London, and that says a lot about how he played at the 2012 Olympics.

He debuted at the Olympic Games in Beijing in 2008, and he retired from the national team after winning silver in Rio in 2016. Pavic won 15 medals with Croatia at major competitions. Besides two Olympic medals, his most significant achievements with the national team are the title of the World Champion (2007), European gold in 2010 (he was the only goalkeeper on Croatia’s team at the 2010 European Championships in Zagreb), the title of the World League champion in 2012, etc.

You had an excellent save percentage (more than 70 %) on Croatia’s road to gold in London 2012. Obviously, there was a great synergy between you and your teammates. How did you “conducted” defense? Did you ask your teammates to let certain players of the opposing team shot, did you ask them to let shots from certain positions, or did everything depended on your sense?

Really, there was no need for some conducting because we played a team defense, which was outstanding. I remember the matches against the USA and Montenegro. We practically played defense with no mistake in these games. We always played the way we agreed at a meeting a day before each match . We didn’t let certain players shot, but we let shots from certain positions, depending on an opponent. All teammates played fantastic defense, and I didn’t have a difficult job. They helped me more than I did them.🙂. 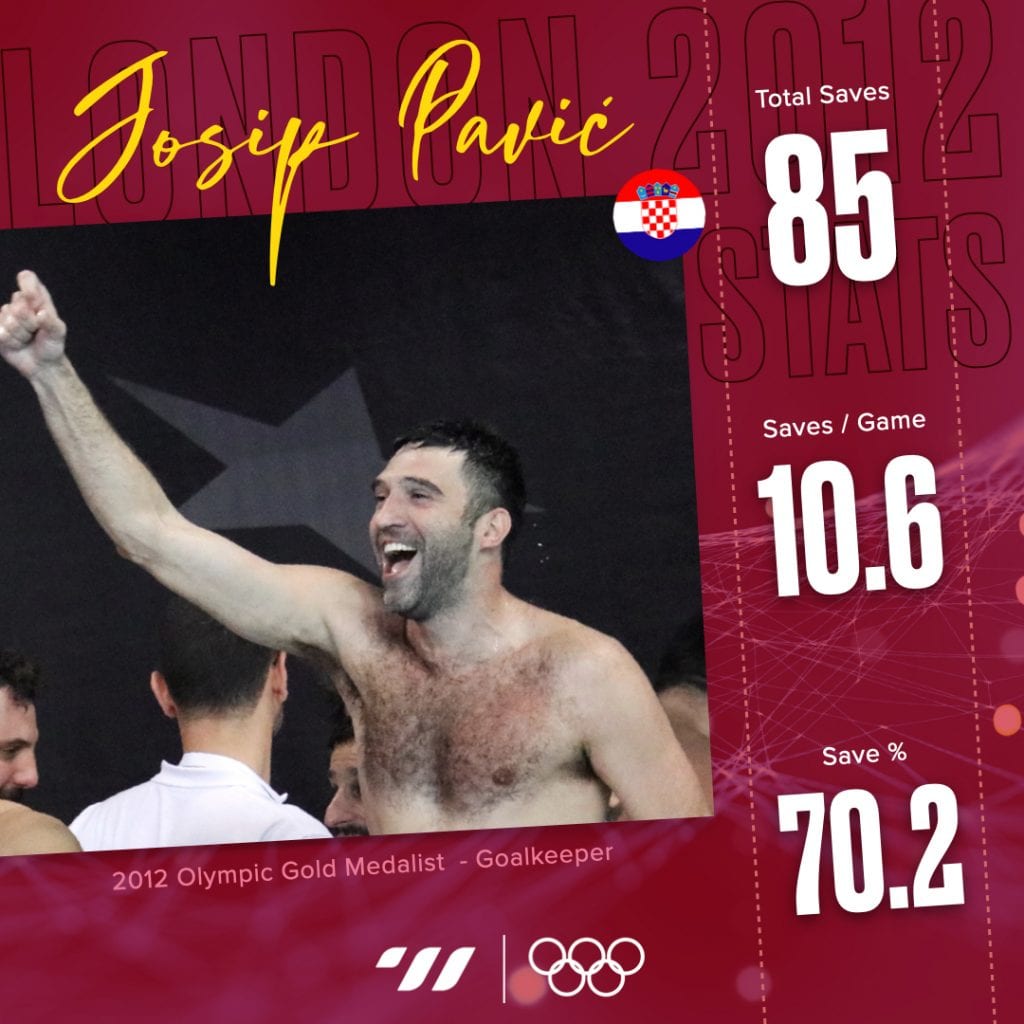 Do you remember a moment in the final against Italy in which you realized that you had become the Olympic winners?

We were very focused on our play throughout the game, and we only started looking at the clock for the last two minutes and counting how many Italy’s possessions were left until the end of the game. As far as I remember, we defended our goal about 40 seconds before the end, we had a 3-goal lead at that moment, and that was when we realized that we had gold.

From your point of view, what it takes for a team to win an Olympic gold medal?

The first and basic requirement for success is that everyone is healthy. It may happen that you have the best atmosphere and synergy, but anyone’s injury can disrupt it all.

Another crucial thing is that a team has a great team spirit. We were a well-coordinated group.

I always emphasize that I am glad that I did not win that gold with my teammates but with my friends. We were all maximally subordinate to the team. Nobody’s ego was bouncing out. We also had excellent communication with our head coach Ratko Rudic, and we trusted him and his assistants. Everyone could say what he thought.

We had great self-confidence. We all were as one, and completely focused on the ultimate goal.

You had the honor to be Croatia’s flag bearer at the opening ceremony of the 2016 Olympics. How does it feel when you lead your country’s best athletes at the greatest sporting event in the world?

Bearing a flag at the opening ceremony is a great personal pleasure. Although Lostert and Balic (handball players who were already carrying the flag at the opening) told me about their experience, when I entered the stadium, the adrenaline was so high that I wasn’t aware of many things at the ceremony. I don’t remember them. Luckily there are some pictures where I can see what it looked like 🙂. Anyway, it was a huge honor and pleasure, but surely without my teammates and coaches, I would never have experienced that moment.

Your predictions regarding the water polo tournament in Tokyo. Which teams are favorites, who could surprise?

From year to year, the quality has been growing and competition has been stronger and stronger. We certainly have 7-8 teams that can go all the way to the title, and two more that can get beat each rival. Croatia is a strong group in Tokyo, which is a positive thing, in my opinion. Not only because of the crossover in the knockout phase, but also because of keeping the tension through the tournament. Two weeks is not a short period, especially in this pandemic situation. And that is why it is important to keep the tension with strong matches. I think it will be a phenomenal tournament.:)