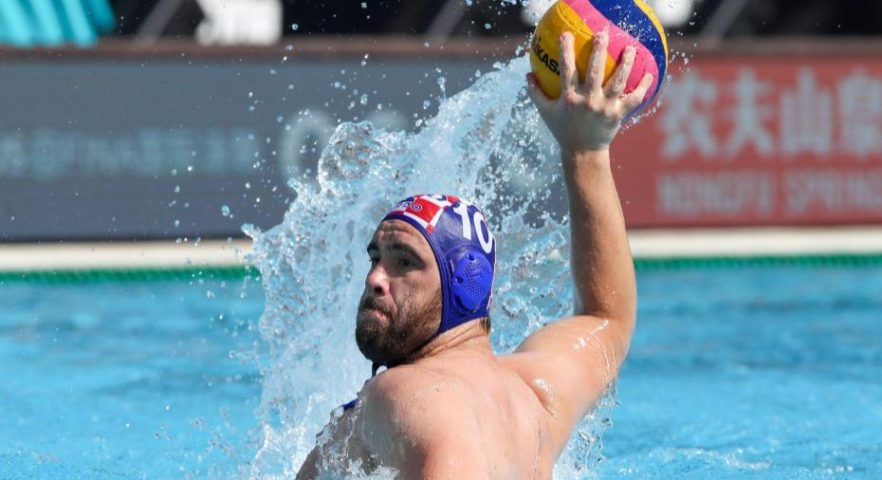 Croatia head coach Ivica Tucak picked 22 players who will start the preparations for the European Championships in Split (August 27 – September 10). Vrlic’s name isn’t on the list.

Vrlic (36) was the oldest member of the Croatian team at the World Championships in Budapest. After the Worlds, he talked to head coach Ivica Tucak and said that he decided to retire, considering his age. He gives a chance to the players of new generations.

Vrlic is a Croat, but the first national team he played for was Brazil. Before the Rio Olympics, the Brazilians reinforced the national team with foreigners. Several European players got Brazilian citizenship. Among them was Vrlic. He won bronze in the 2015 World League, silver at the Pan American Games in the same year, and 8th place at the Olympic Games as a member of the national team of Brazil, coached by Ratko Rudic.

At the club level, Vrlic played for Primorje Rijeka, Barceloneta, Fluminense, Jug Dubrovnik, Mladost Zagreb. Last year, he returned to Radnicki. His most significant trophy with the clubs was the 2016 Champions League with Jug. Vrlic won the Serbian Cup with the Kragujevac-based club in the past season.

Vrlic was voted as the best center-forward in the World in 2019 by Total Player experts jury.

Vrlic is the 6th player who retired from the national team of Croatia after the Tokyo Olympics. In the past few months, Xavi Garcia, Andro Buslje, Maro Jokovic, Paulo Obradovic, and Luka Loncar said goodbye.

Croatia will play without Hrvoje Benic at the Europeans. The player who recently moved from Jug AO to Waspo Hannover hasn’t recovered from an injury he suffered at the end of the clubs’ season yet.