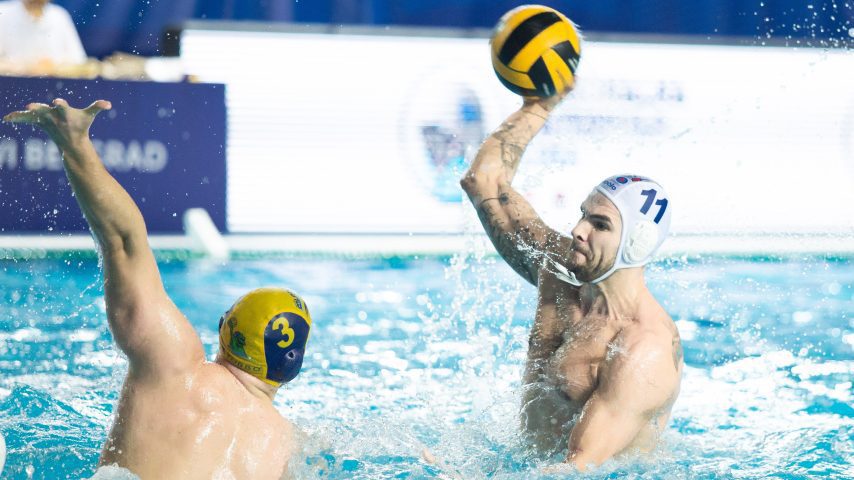 There haven’t been many games in the water polo competitions of the ex-Yu countries this weekend. The Serbian League will continue next week, the Montenegrin Championship hasn’t started yet.

The 8th league round was on the schedule in Croatia, but only two games were played. Three were postponed due to coronavirus cases at clubs.

Jug defeated Solaris in the derby of the day. Jadran Split blew away Medvescak. Both teams kept their perfect records.

Jug played without first goalkeeper Toni Popadic who got ill, but his replacement Antonio Vukojevic did his job well. Maro Jokovic missed the match, too. Jug opened the match with two goals in the first two minutes for a 2:0 lead. Solaris leveled at 3:3 midway through the quarter. But, Jug kept the Sibenik-based side goalless in the following ten minutes, while t netted six goals to jump to a 9:3 lead which proved vital for their win. The best scorer was Hrvoje Benic (three goals).

Jadran, which won the Croatian Cup three weeks ago, played without captain Setka and Butic in the match against Medvescak in Zagreb. But Kharkov, Bukic, Duzevic and Buric recovered and returned to the team. Medvescak started well (the hosts led 3:2 and 4:3). However, Jadran took control in the second period and demolished the rival. Duje Pejkovic contributed to Jadran’s victory with four goals.

The Serbian League continues next week. The teams will be split into two groups.

The top six teams after the 9th round, the last in the first part of the season, will battle for the title. The remaining four teams will play in the relegation group.

The points won in the matches between the teams that are in the same groups, have been carried from the first to the second stage of the league. The second part will be a single round-robin competition (five rounds in the group for the title and three rounds in the relegation group.

Novi Beograd will start with 15 points. Partizan, which beat Radnicki and Crvena Zvezda in derby games, is in 2nd place, etc.

Standings before the 1st round of the second stage.

More news about water polo in Croatia, Serbia and Montenegro