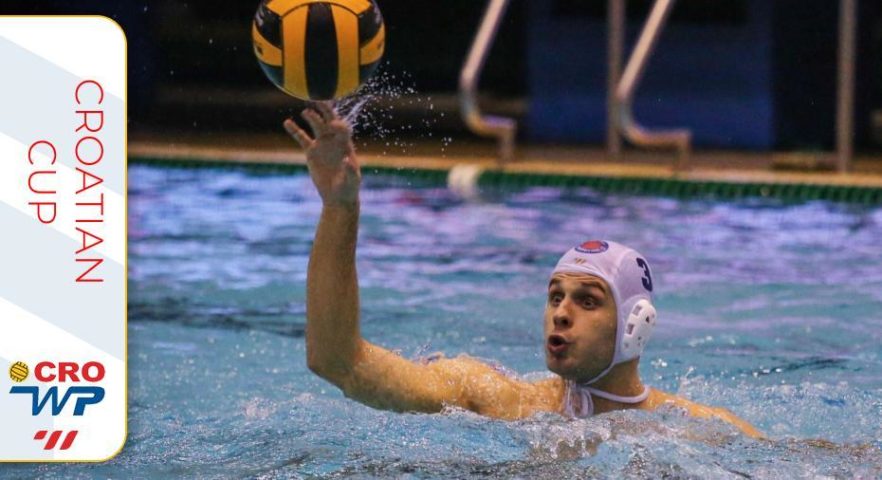 The two best Croatian clubs, Jug and Jadran Split, will play in the final of the Croatian Cup tomorrow.

The Final Four started in Zagreb today. Jadran and Jug were the favorites in the semifinal matches. However, both of the teams had a challenging task today. Their rivals did their best, but there were no surprises.

Jug defeated Mladost 12:9. The Dubrovnik-based side staged a 4:0 rush in the second half, which determined the rest of the match.

Jadran beat Solaris 13:8. Before the final quarter, the score was 7:7. Just like in the first semifinal game, a series of four consecutive goals from the favorite was crucial for the outcome.

Jadran is the reigning Croatian Cup winner. Last year, the Split-based team won the trophy, beating Jug 14:11. That was the first-ever Croatian Cup for Jadran. Jug hasn’t won a national cup since the season 2018/19

Mladost fought bravely, but the hosts didn’t surprise Jug. The Dubrovnik-based side, with an excellent duo Loren Fatovic and Marko Zuvela, secured a win scoring four unanswered goals in 12 minutes and jumping from 7:7 to 11:7.

The score of the first half mirrors the situation in the water. The teams were in a neck-and-neck race. Jug was mostly in front, but Mladost didn’t let the favorite make a big advantage. In the 10th minute, Jug earned a 4:3 lead. However, Mladost took control then and netted three goals in less than two minutes to build a 6:4 lead. For the first time two goals separated the rivals. But, Jug responded in the same manner. Actually, it was a “one-man show”. Captain Loren Fatovic scored three action goals within 1:53 minutes and put his team in front. In the last minute of the first half, Mijic leveled with a man-up (7:7).

Still, Jug dictated the pace after the middle break. It scored three straight goals in the third period (two from Zuvela and one from Fatovic). Biljaka extended that series to 4:0. Four and a half minutes before the end, Biljaka found the net for 11:7. The contest was over.

Jadran opened the game with a 3:0 lead and many believed that the Split-based side wouldn’t have big problems. But Solaris didn’t surrender too early. The team from Sibenik leveled at 3:3 and again at 4:4. Still, Jadran had a 6:4 advantage at halftime.

However, Solaris got off to a flying start into the second half and scored three goals in a row. Jakovcevic gave Solaris a 7:6 lead with 23 seconds before the end of the third quarter. After that, a 4:0 series that decided the match started. Just two seconds before the last break, Bukic equalized (7:7). Jadran scored three straight goals in the first four minutes of the final period and jumped to 10:7. Solaris reduced the gap shortly after (8:10), but it couldn’t come back. Moreover, Jadran extended the margin to five.

More news about water polo in Croatia, and Serbia