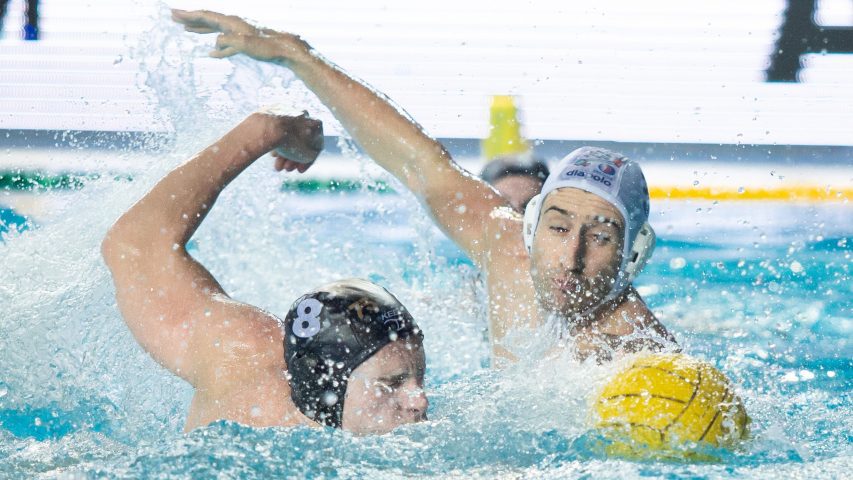 A long-awaited new season of the Premier Regional League has started today.

Three games of the first round in Group A were played in Belgrade. The big match of the day was an encounter between two former European champions – Jug defeated Partizan 15:13. 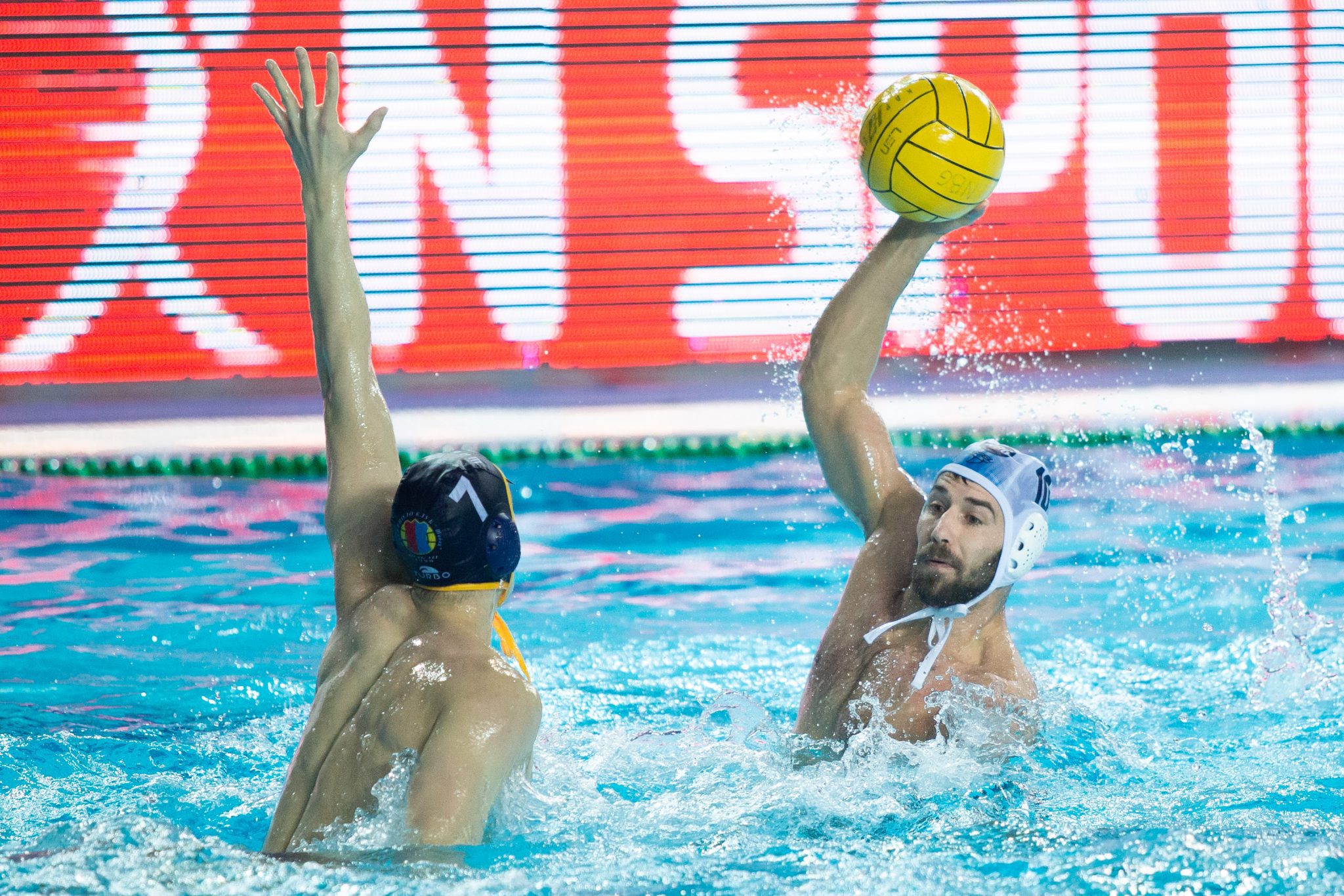 The tournament was opened by an encounter between one of the biggest Novi Beograd and Sabac. The hosts played without the two most experienced players, brothers Dusko and Gojko Pijetlović. Head coach Vladimir Vujasinović let them rest at the start of the exhausting tournament. On the other side, Ognjen Stojanović was missing from Sabac. Novi Beograd controlled the match, but Sabac didn’t disappoint. The former Serbian champion fought bravely. Only two goals separated the rivals at halftime (6:4), but Sabac ran out of gas for the second half, and Novi Beograd secured a convincing win. Djordje Vučinić, who arrived at Novi Beograd from Sabac this summer, was the best scorer in the winning team, with three goals. Kristijan Šulc netted four for Šabac.

“Gojko and Duško Pijetlović didn’t play because I gave them a rest. Each team has to save energy and motivation for this long and challenging tournament. I planned to provide a chance to Petar Mitrović and Matija Vlahović, but they weren’t allowed to play due to bureaucratic obstacles. We made a first step, and go on, Novi Beograd coach Vladimir Vujasinović said. 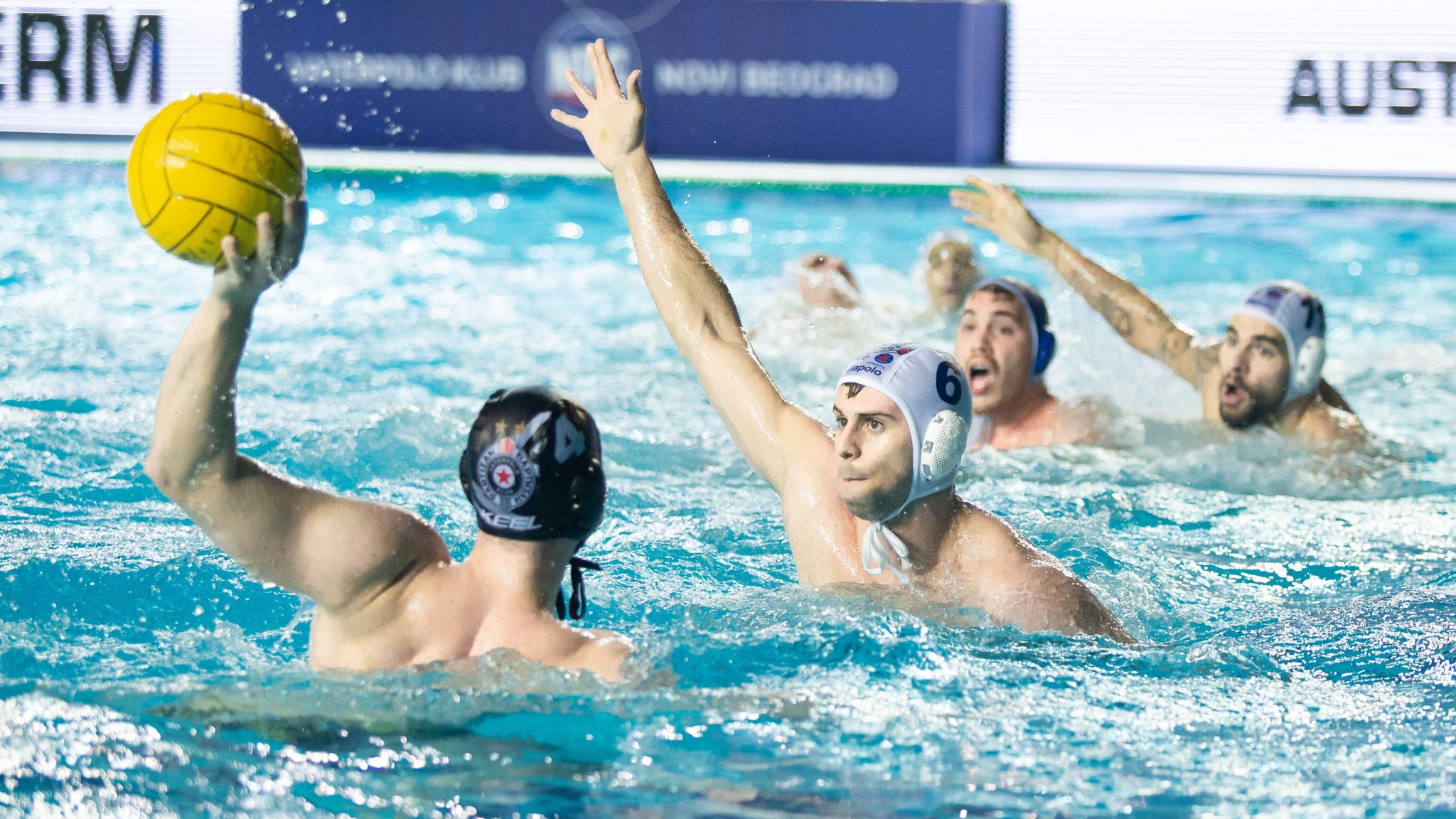 After a long time, Partizan was an equal opponent to its arch-rival Jug, but the Dubrovnik-based continued a series of victories over the “black-whites”. Both teams were without a few key players. Jug’s captain Loren Fatovic is in quarantine in Germany, together with Luka Stahor. Partizan’s Olympic champion Stefan Mitrovic missed the match, but he will probably be on the roster tomorrow.

Jug and Partizan were in a neck-and-neck race in the first eight minutes. Jug took a one-goal lead four times, but Partizan leveled on each occasion. The first goal in the second quarter came in the 12th minute. Lazar Vickovic scored from an extra, and Partizan went in front for the first time (5:4). However, Jug started breaking the rival shortly after. The Dubrovnik-based side produced a 4:0 run in 02:17 minutes to gain an 8:5 lead. Jug’s outstanding leftie Maro Jokovic was unstoppable. He scored three of these four goals.

That series of four goals proved crucial for Jug’s win. Partizan was chasing its rival in the second half, but it couldn’t catch up with the Croats. 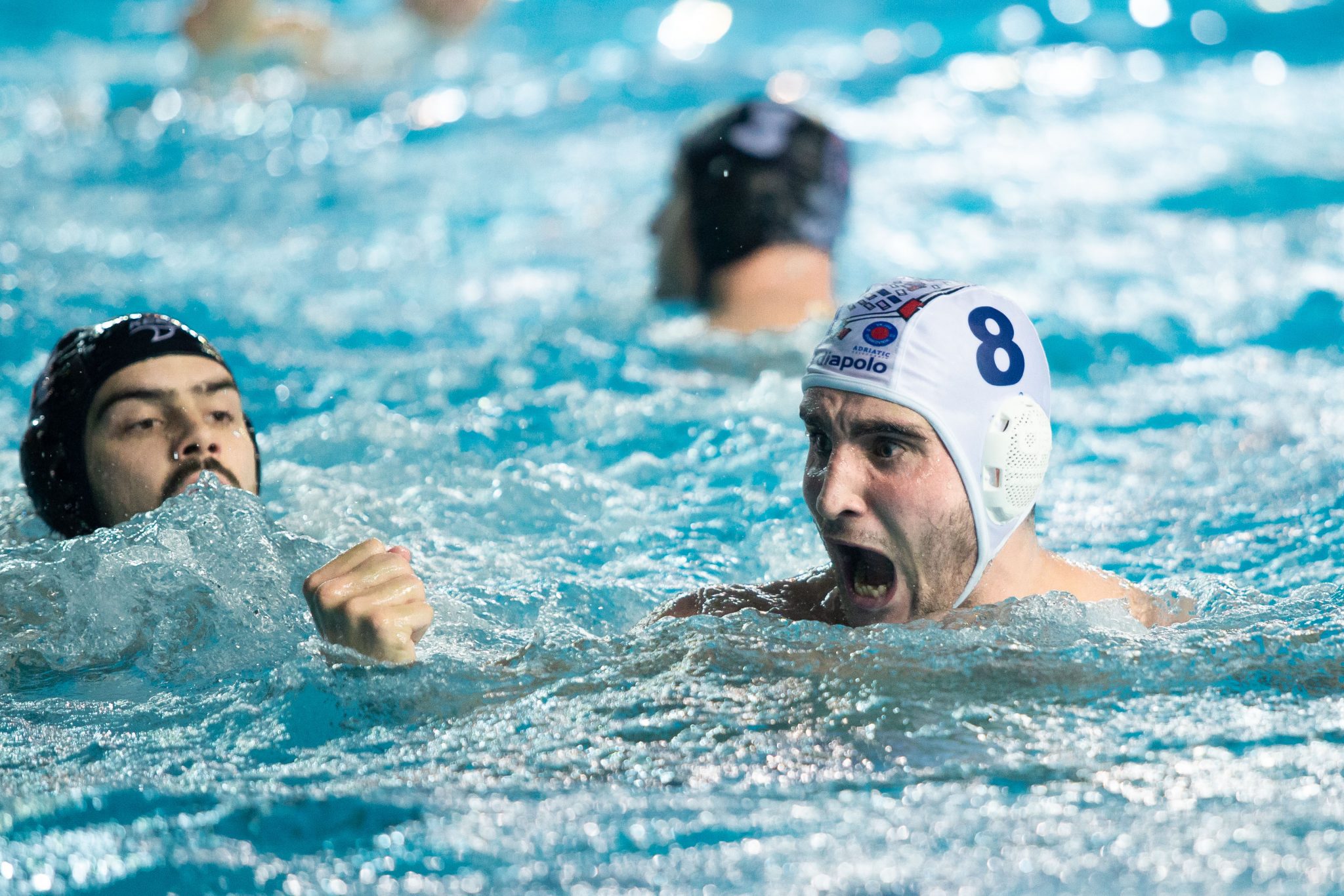 After the middle break, Partizan started climbing back. The “black whites” scored a few nice goals from a distance. They narrowed the gap twice (9:10, 10:11) in the third period, but Ivan Vukojevic closed the third period for 12:10. Jug rebuilt a 3-goal lead after the last break (13:10) and controlled the match until the end.

“We knew that we would have a harder task against Partizan than we had had against Spandau in the Champions League in Berlin. Our attack worked well, we maintained a continuity of our good offensive play. But, we have to improve our defense. There are a lot of young players on our team. They lack experience and that’s one of the reasons why we still haven’t reached a good level in defense. But, I believe that the youngsters will gain experience through these tough games, Maro Jokovic commented after the match.

“We fought hard against Jug, but we made a lot of mistakes, especially in defense. We conceded too many easy goals, so we can’t be satisfied with our performance today.” 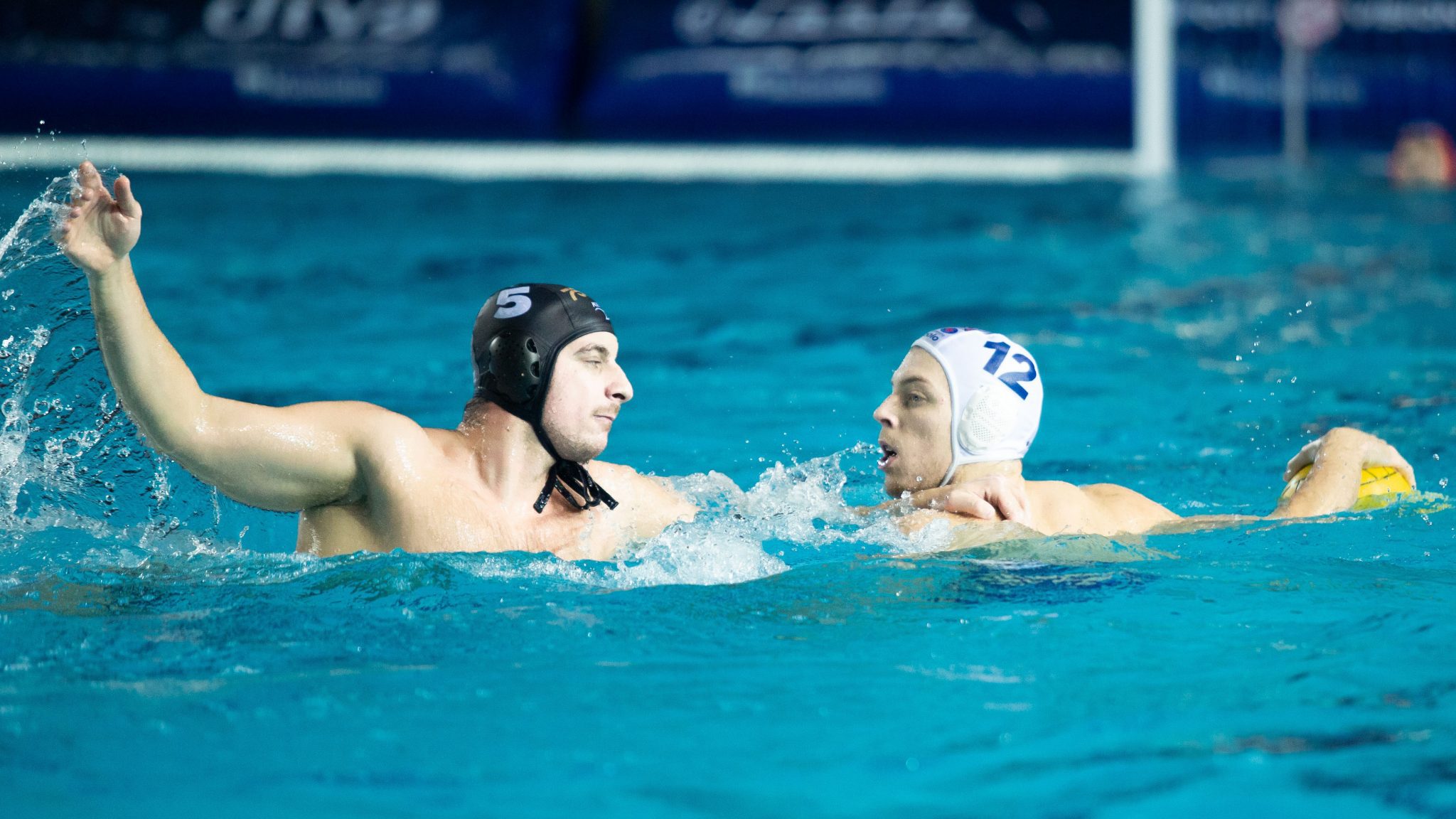 Mladost struggled, but it defeated Budva in the last match of the day. Mladost had a 2-goal lead a few times during the first two quarters, but Budva didn’t let the Croats make a big difference.

At halftime, it stood 6:5. Budva’s Korac scored from a power-play advantage and leveled at 6:6 in the first minute of the second half. But, Mladost responded with three goals and went to 9:6. Budva had nice chances, including one penalty shot in the third period, but Mladost’s goalkeeper was up to the task in this quarter. His saves gave a new stimulus to Mladost’s field players, who secured a quite win, despite they had ups and downs in this game. Mladost stretched the margin to five – 12:7 (27th minute), but Budva was able to strike back once more and cut the deficit. In the 31st minute, Korac converted a penalty to 11:12. But, Rakovac responded in the same way immediately after. Mladost forced a penalty shot. Rakovac sent the ball into the net from the 5m line for 13:11. Dasic converted a man-up in the last minute for the final score. 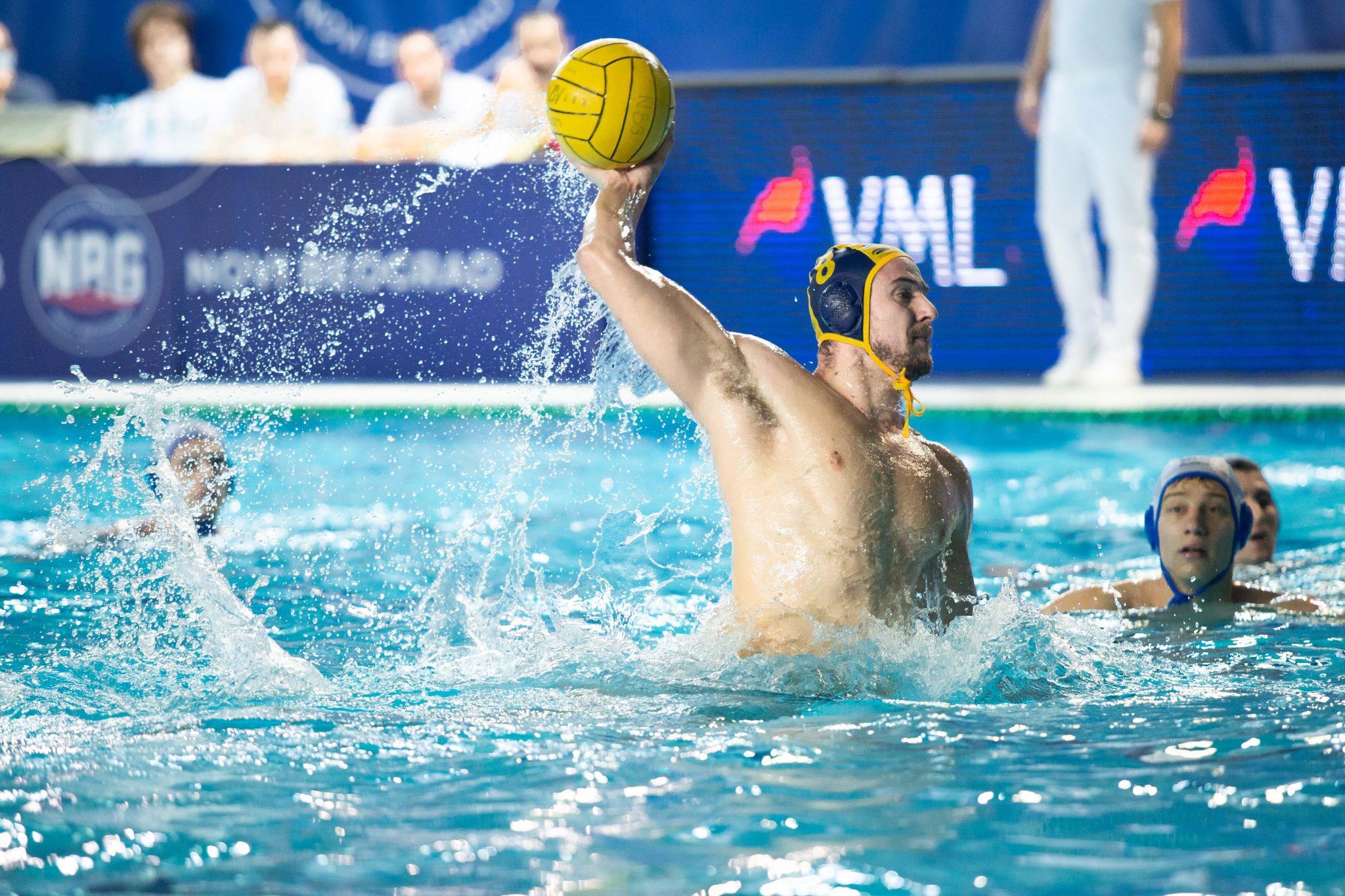 The first round in Group B will be played tomorrow: