Jug Gets Back On Its Feet With 12:10 Against Mladost

Water polo players from Jug Croatia Osiguranje won against Zagreb Mladost in the third game of the Croatian Championship finals. This victory moved Jug to a leading position with 2:1, and everyone’s waiting for the fourth game which will be played in eight days in Zagreb.

Unlike the match from three days ago, the current Croatian champion — Jug — entered the game with more determination. In the first halftime, Jug led with four goals difference (6:2). Their attacks were much better, but there were still some mistakes. While the attacks slacked, the defense played better than ever with Marko Bijač on the goal. In the first three quarters only, though.

In the last quarter, Jug led by six goals. It obviously made the players relax too much, resulting in a series of successful attacks from Mladost. With the rough ending, Jug finished the match with only two goals of difference.

The fourth game of the final series will be played on May 30 in Zagreb. 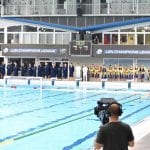 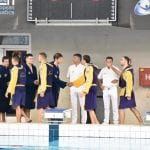 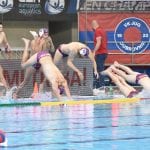 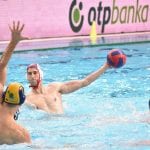 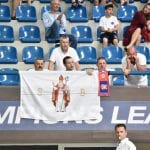