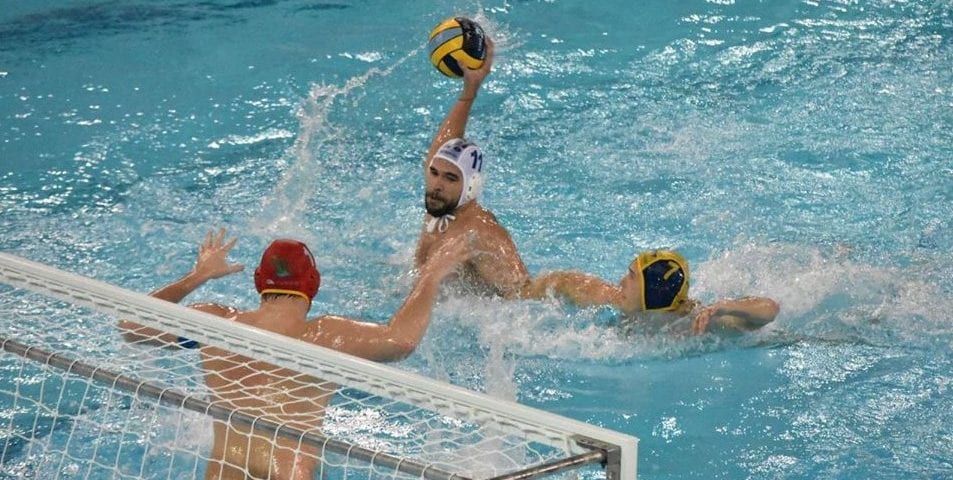 Jug Dubrovnik came to a step closer to its 16th title of the champion of Croatia. The reigning champion defeated Mladost in the first game of the final series of the playoffs (best-of-five), played in the pool Gruz.

The match was decided after a penalty shootout – 18:16. In the middle of the second quarter, it seemed that the game wouldn’t have a thrilling finish. Jug, led by Hrvoje Benic (five goals in the regular time), had a 7:2 advantage. But Mladost was able to come back, to equalize 40 seconds from the end. Still, Jug celebrated after a penalty drama and took revenge for the defeat in the Regional League final on Wednesday, when Mladost recorded a 15:11 win.

Jug had a nice start. The center-forwards of the home team Luka Loncar and Luka Lozina gave Jug a 2:0 lead. Mladost responded quickly and equalized in the middle of the first period – 2:2. However, Jug tightened its defense after Mladost’s second goal. The Dubrovnik-based side kept the visitors goalless for almost eight minutes, while it produced a 5:0 series and jumped to a 7:2 lead in the 10th minute.

Konstantin Kharkov broke Mladost’s silence that lasted 07:44 minutes from a counterattack for 3:7 and the Regional League winners started coming back in the match. In the 15th minute, Mladost reduced the gap to two (6:8). The visitors had a chance to come even closer, but they lost the ball in front of Jug’s goal 31 seconds before the middle break. They paid for it – Luka Loncar scored from a counterattack and Jug earned a solid 9:6 lead.

The home side had a very good percentage of the extra man attacks in the first half (5 goals of 8 opportunities, Mladost was on 4/9). A big problem for Mladost was that Milos Cuk, the MVP of the final match of the Regional League, finished the match already in the 14th minute, because of the third personal foul.

In the opening minutes of the 2nd half, Jug earned a 10:6 lead, just after Cosmin Radu, the visiting team’s center-forward was excluded.  Still, Mladost didn’t give in and managed to cut the deficit to one. The visitors dominated in the following minutes. 65 seconds from the end of the third period, Luka Bukic converted a penalty for 10:11. But, in the next action, Greek Alexandros Papanastasiou doubled Jug’s advantage and the hosts entered the last period with 12:10.

Mladost’s Marin Dasic opened the scoring in the fourth period (11:12), and quickly after, the visitors had a great opportunity to equalize for the first time. Luka Bukic was in the counterattack, but he hit the post. In the middle of the final quarter, Papanastasiou gave Jug a 13:11 advantage with his 2nd goal. But, Jug didn’t manage to keep that lead. Russian Konstantin Kharkov scored from an extra (12:13) in the 31st minute. After that, Benic’s shot was blocked. Forty seconds before the final buzzer, American Alex Bowen fired the ball from a distance and Mladost finally equalized – 13:13. There were no goals in the remaining time, and the match entered the shootout.

The first series of penalty shots decided the winner. Jug’s goalkeeper Toni Popadic saved the shot from Bukic. All other players found the net in the shootout and Jug recorded win.

Loren Fatovc scored two goals for Jug (plus one in the penalty shootout):

“After our good start, Mladost changed their defense, and that surprised us a little bit. They scored a few goals from counter-attacks and managed to come back and take control. However, we didn’t let them go in front and came out as winners. Although we lost control of the match after the big lead, there were many good things in our play. Of course, the win is the most important. We lead 1:0, Mladost is under a bigger pressure now. We go to Zagreb to record the second win”.

“Despite we lost, we showed that we are the team that has a strong character. Maybe, we entered the game with too much self-confidence under the impression of winning the Regional League. Jug opened the game very well. Besides, Milos Cuk finished the game already in the 2nd quarter. But, that exclusion gave us additional strength and motive to do our best. We came back, we didn’t win. I congratulate Jug. Based on what was shown in the first game, this will be an exciting final series.”

FOLLOW THE LIVE SCORE AND STATISTICS ON OUR PAGE, POWERED BY TOTAL WATERPOLO ARENA: Jug-Mladost,the  final series of the Croatian League