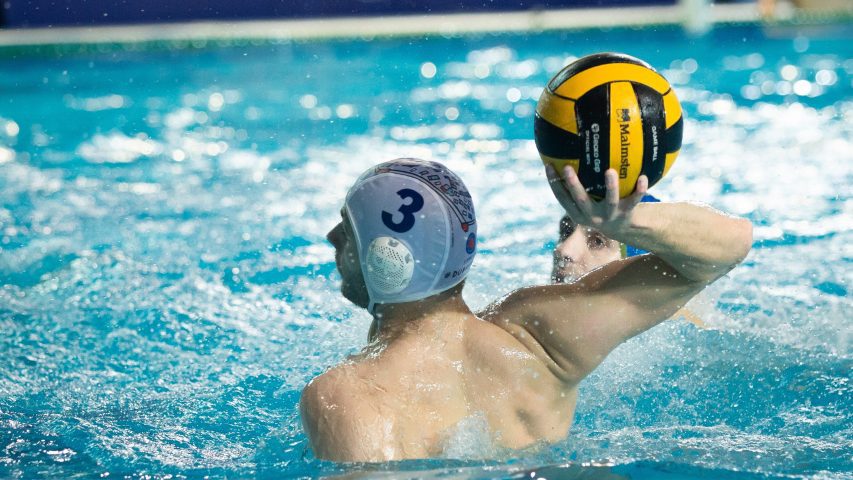 However, this win won’t help Jug move higher than 3rd place in the group. Marseille has three points more than the Croats. If Jug and Marseille are equal in the points after the last round, Marseille will finish 2nd. The French have a better score in the head-to-head matches. They recorded a five-goal victory in Dubrovnik (14:9). At least, Jug took revenge for that defeat today.

Pro Recco ran over Steaua (14:3) and could be even happier after learning the news from Marseille. Recco will host Marseille in the last round. The European champions won’t stay atop the group only if they suffer a 7-goal or bigger loss to Marseille at home in the 14th round. Pro Recco beat the French 13:7 on Day 1. So convincing victory in Italy will be a “mission impossible” for the French.

OSC defeated Crvena Zvezda 13:9 and kept its hopes of reaching the F8 alive. But, the last hope will be ruined if Hannover defeats Spandau tomorrow.

Marseille’s winning streak started with a 14:9 victory in Dubrovnik, and ended in the duel with the same rival.
Jug played really well. It seemed that it could erase the deficit from Dubrovnik and record a 5-goal or 6-goal win. But, Marseille did a great job in the last quarter and secured 2nd place in the group. The fourth period turned into a scoring festival. Marseille netted seven goals – two more than in the first 24 minutes.

Marseille leveled just once in the first half – at 1:1 (5th minute). After that, Jug’s defense, commanded by Toni Popadic, was almost flawless. The visitors produced a 5:1 run. Jug jumped to a 6:2 lead after Marko Zuvela scored a power-play goal . But, shortly after Ugo Crousillat converted a man-up for 3:6 and ended the hosts’ goalless phase that lasted more than 11 minutes. It was Marseille’s first power-play goal. The hosts missed three extra player shots until the middle of the third quarter and failed to score from two penalty shots (Popadic saved one of these two penalties). The rest of the quarter was an exchange of goals. Jug entered the final period leading 8:5.

But, the hosts found their rhythm after the last break. In the first three minutes of the fourth quarter, they scored three goals and conceded only one to reduce the gap to 8:9. Maro Jokovic doubled the visitors’ lead. However, Andrija Prlainovic responded with two goals in 63 seconds to tie the score – 10:10. Zuvela gave Jug an 11:10 lead, but Prlainovic equalized again. Still, Jug secured the win with two back-to-back goals at the finish. Filip Krzic made it 12:11 with 01:32 minutes left on the clock. Less than a minute after, Loren Fatovic added another action goal for 13:11. Just nine seconds before the buzzer, Marseille’s ace Thomas Vernoux scored his first goal in the match to set the final score.

OSC led throughout the game. But, after an opening 2:0 lead, Crvena Zvezda started chasing the hosts. The Serbs cut the deficit to one goal several times and had chances to equalize- one of them was with a man-up. However, the Hungarians were always in front. Crvena Zvezda kept up with the hosts for almost three quarters. Two and a half minutes before the last break, only a goal separated the rivals (7:6). Then, OSC netted two goals within 63 seconds and built a 3-goal lead for the first time – 9:6 (01:28 before the end of the third).
In the 25th minute, Varnai found the net after a mistake Crvena Zvezda made in defense for 10:6. The visitors couldn’t recover from the 0:3 series.

The European champion dominated from the first whistle. Steaua’s attacks were harmless to Recco’s defense. Steaua scored only three goals. Recco’s goalkeepers weren’t too busy. They posted only four saves (Del Lungo – 3 and Negri – 1). After a 5:0 first quarter, only the visitors’ winning margin was in question.