Keszthelyi:”It was time for me to put myself and my health first” 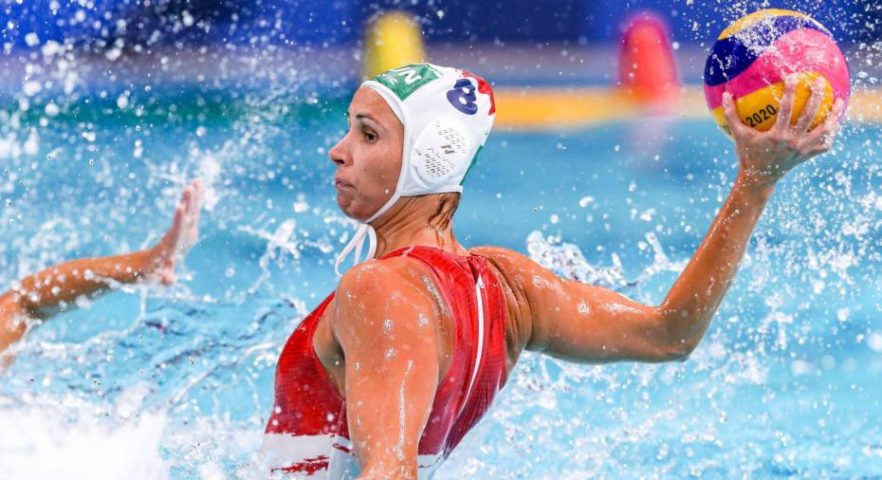 After a hectic summer that exhibited an extremely demanding water polo schedule, it was an equally busy summer for headlines about the best Hungarian player of the last decade and a half, Rita Keszthelyi-Nagy.

Firstly, after winning a silver medal at a home world championships, the water polo world was surprised to hear that Rita Keszthelyi-Nagy took a painful decision to do something she hadn’t done in thirteen years – miss a major international tournament for her country. Two weeks later, it was then announced that she would be departing UVSE, a club she spent eight years at, for pastures new in Spain.

Eyebrows were certainly raised by Keszthelyi’s decision to break with two long-standing allegiances. However, many often forget the physical and mental toll that performing at the summit of elite sport can have on athletes, and for Rita Keszthelyi, the summer was a breaking point. It was time to put her welfare first.

In an exclusive interview for Total Waterpolo, Rita Keszthelyi opens up about a really important summer of events in her career; more for events that took place out of the water than in.

The story starts last season. While the 2021/2022 club season in Hungary was long and arduous, a home World Championships in June were a breath of fresh air for many players:

“The World Championship gave us such an amazing memories for all time, and it happened in Budapest, which is the best competition pool in the world. The Hungarian fans are also one of the best, so I am happy that I was there.”

The only damper to the vibrant competition was the fact that the United States were once again triumphant, defeating the hosts in the final, something Keszthelyi saw as a missed opportunity:

“This was the chance to beat them. They were better with Musselman, and obviously, they are very very strong as a team. We couldn’t use our opportunities well in the game, mostly in man-up, and in the end, we were just running after the result. We knew we would have to live with our few chances to score. It would have been a dream come true if we had won the final, but we have nothing to be ashamed of. I just wish for us to have finals in the next 2 years too” 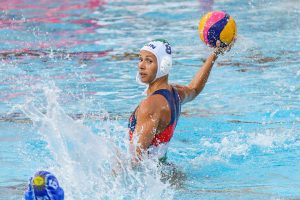 But a long time before the carnival arrived in the Hungarian capital, and another wonderful tournament on Margaret Island had begun, the eight-time Hungarian player of the year came to the self-realisation that, after a hugely taxing season, she was devoid of motivation:

“I had a long season mentally. I was sick a lot. I trained for 2-3 weeks, and then I missed one. It was difficult to get back all the time. It felt hard to push myself all the time for the team and for a good result. I realised it was time for me to put myself and my health first. I needed a rest.”

While the seed had been planted a few years previously, it was around this time that the idea of a change of scenery, and a fresh start, started to grow inside Keszthelyi’s thoughts:

“I needed new impulses and challenges. I had thought of leaving (Hungary) in the last couple of years, but I always leave that thought alone. After the World Championship I was stuck, and this thought came back to my mind, and I talked to people around me about this idea, and they were supportive. We started to look for options, but this idea came very late, so every team had their own foreign players, so I didn’t have high hopes of finding a good team.”

While Keszthelyi herself was pessimistic about finding a suitable team, one of Europe’s top clubs, CN Mataro, could not pass up the opportunity to sign one of the best all-round players of her generation:

“I am thankful to Mataro for having me and also thankful to UVSE for letting me go. The new environment and the new challenges are good for me. I am working hard to get back to where I was physically and mentally. I really enjoy the new environment around me. The new teammates were nice, and I got a warm welcome from everyone. I am trying to learn the language as soon as possible because I like to communicate with my teammates during a game” 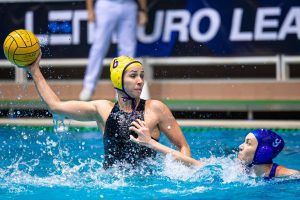 The now former UVSE player, who won 13 major titles at the club, has no concerns about her former team, saying she believes they will continue to thrive in the Hungarian league:

“I think they are still a strong team, and there are so many young, talented players who can step forward and surprise. I think they can get into the final, but it also depends on how fast Natasa Rybanska’s rehabilitation will be.”

With Rita now in Spain, she might well be out of the immediate sight of her national team coach, Attila Biro. But the national team is certainly not out of Keszthelyi’s mind. Keszthelyi watched  on as her team finish a disappointing 5th in Split, but was eager to dismiss any claims that the team couldn’t function without her:

“Of course, I watched the games. I think the team was tired mentally and couldn’t help each other in the right way because of that. I wanted to be there for them, but me being away was a decision I had already made before the World Champs. They functioned without me in world league games. I couldn’t say anything smart because I wasn’t there.” 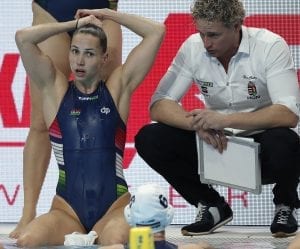 But Rita is still eager to play for the Hungarian national team at least to a fourth Olympic games, and even hinted that she would be open to returning to Hungary next season, although she was diplomatic in her response to what her plans would be after this campaign with Dani Ballart’s Mataro:

“It depends on the qualification for the next Olympic games and what the national team coach asks of the players.’

To conclude the interview, Keszthelyi offered this important advice to those who should ever find themselves in the position she  found herself in all too often over the last few seasons:

“I really believe it is important to use a mental specialist’s help if you feel that you need to. I always ask for help; when I feel I am stuck or I just have to talk out my feelings, frustrations, stress and thoughts to someone else. It can be your coach, a psychologist, or a family member, but just talk. I think we don’t really like to share our problems, but in this rushing world we need to be more concentrated on ourselves or others.”