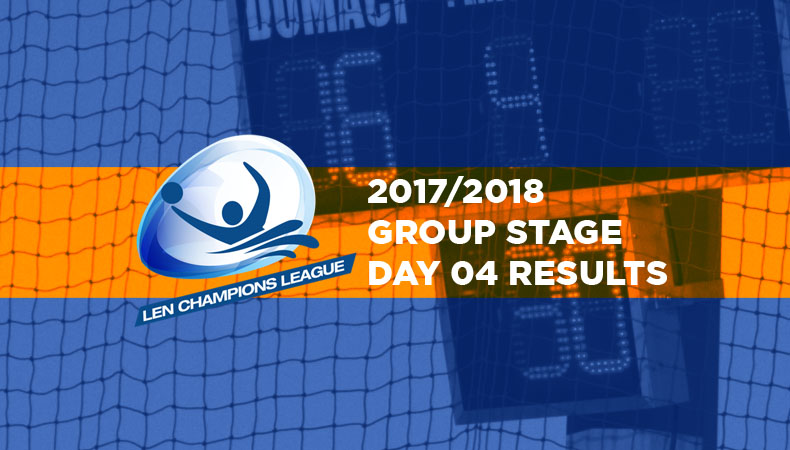 Szolnok (HUN) extended its unbeaten run at home to 17 games after winning a thriller against Recco (ITA). Barceloneta (ESP) came from four goals behind to save the match to a draw in Dubrovnik (CRO), while Brescia (ITA) earned a valuable win in the home of OSC (HUN). While Olympiacos’ (GRE) first place in Group A is not surprising, Jadran’s (MNE) top position in Group B is rather stunning, thanks to the Montenegrins’ four-goal rush in Bucharest (ROU).

The game of the day in Szolnok didn’t disappoint water polo lovers. The title-holder versus the record 8-time winner, was perhaps the most outstanding pairing of that day, featuring the biggest stars of the game. Recco began the encounter brilliantly, rushed to a 0-3 lead in 2:20 minutes but Szolnok responded as a champion team was supposed to do and started climbing back. Still, the Italians scored for 3-5 soon before the middle break. The third saw the hosts coming even closer: the last minute was decisive as Recco missed a 6 on 5 to go 5-8 up, instead, Aaron Younger scored with 16 seconds remaining for 6-7.

From its first possession Szolnok equalized in the fourth, then the already heated battle reached the boiling point with 4:44 to go. Recco’s Nicolo Gito was ejected for 4 minutes for brutality, Andrija Prlainovic netted the ensuing penalty to give Szolnok the lead for the first time (8-7). The home side enjoyed a 4-minute man-up, however, Recco fought hard and effectively and could level the score twice. But Prlainovic scored again for 10-9 with 52 seconds remaining, then the man-down expired, Recco earned a man-up but three shots weren’t enough to save the game to a draw.

This means that Szolnok maintained its home unbeaten run lasting for three years while Recco was defeated for the second time in the prelims since 2015 – the last defeat happened here in Szolnok, too.

This result kept Jadran Herceg Novi on top of the group: the Montenegrins remained the only unbeaten side in Group B as they did another great job, this time in Bucharest. Steaua eyed its first points at home after losing to the top teams in the first three rounds. The Romanians were on equal terms for most of the time, it stood 4-4 at halftime, the third period brought tremendous battle without a single goal. Then came the decisive last eight minutes when the hosts began to run out of gas, missed a man-up to equalize after 4-5 and soon they found themselves 4-8 down as they conceded two in 31 seconds. This 0-4 run from Jadran decided the outcome.

Eger (HUN) did something similar while beating Sabadell (ESP) with ease. The Spaniards stayed in the game until 8-5 but then the Hungarians, semi-finalists last May, rolled over the tired opponent. They netted the last six goals of the match while the visitors missed all their 9 man-ups, helping to kill their own chances completely.

Spandau (GER) managed to keep up with the ‘big boys’ of the group: after having caused a huge upset by beating Szolnok eleven days ago they earned a convincing win in Alphen (NED). Their 0-3 rush in 96 seconds early in the second period did the damage, after 1-5 they never looked back. In fact, it turned into a lop-sided match as Spandau had a 2-10 run in the second half.

Olympiacos kept its top rank in Group A, the Greeks opened the game with a 5-1 roll and even if Partizan (SRB) climbed back to 10-6 after being 8-2 down, the hosts dominated the last period.

Barceloneta with an impressive comeback in Dubrovnik

As expected, the clashes in Dubrovnik and Budapest were a lot fiercer. Jug seemed to take the upper hand as the Croats sailed to a 5-1 lead in the opening period against Barceloneta. Soon they were 7-2 up and few would have guessed that last season’s finalists would score only two more goals in the remaining two and a half periods. The Spaniards tightened their defense, though, and by netting three connecting goals they came back to life. Jug still held a 9-6 lead early in the fourth but Barceloneta never gave up. At 9-8 Jug missed a crucial 6 on 5, soon the visitors buried a penalty for 9-9 and there were still 1:52 minutes to play. They could have even won the encounter but it ended in a tie – making Barceloneta the much happier side while leaving the pool.

Brescia claimed extremely valuable points in Budapest as they beat one of their biggest rivals in the hunt for the F8 berths. OSC led 4-3 at halftime but after a series of missed man-ups at both ends, the Italians managed to put away two in succession for 4-5 while the hosts couldn’t score from another one before the last break. In the fourth Brescia could add two action goals for 4-7, and even though OSC pulled two back in a span of 48 seconds but another action goal from Petar Muslim sealed Brescia’s victory.

Dynamo with strong finish in Hannover

Dynamo (RUS) and Hannover (GER) staged a great game offering fine twists and turns. However, the last turn favored the Russians as they scored four straight goals after 5-5 and that was enough to win the game and rose to the second place – quite a feat from a newcomer after four rounds. 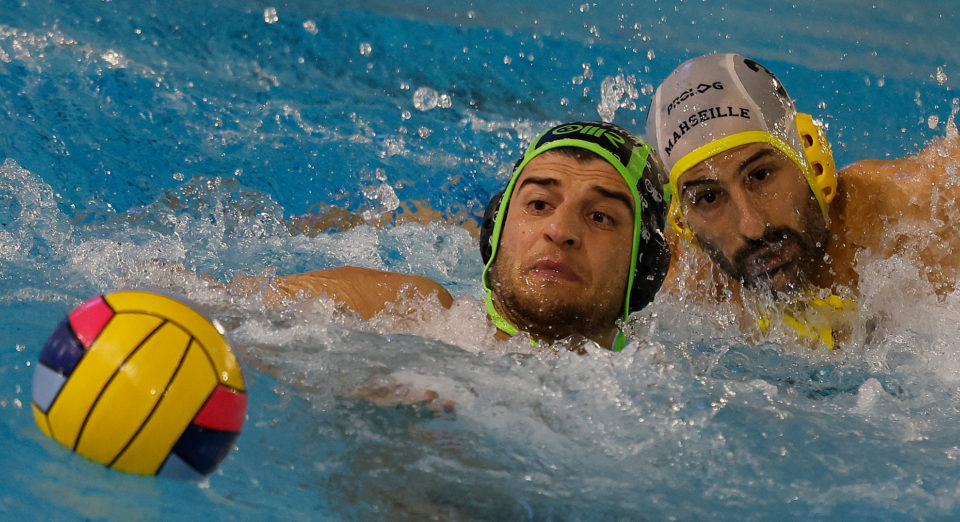