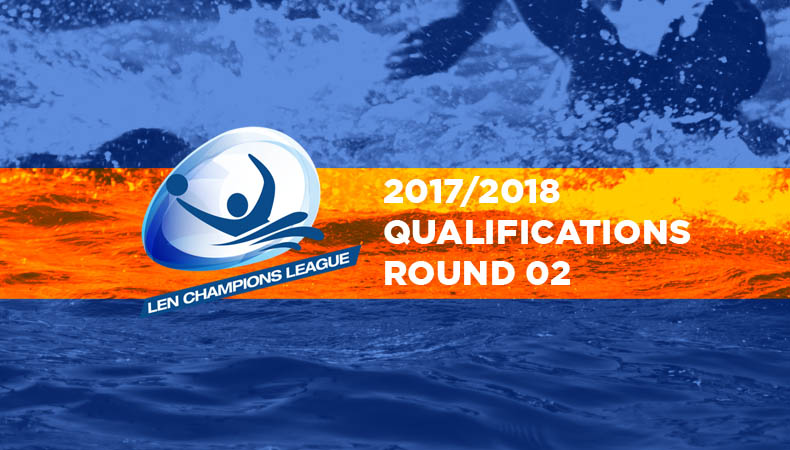 As a demonstration of how even the fields were in the second phase of the qualification, only one group winner – AN Brescia (ITA) – could win all three games in the weekend. The eight advancing sides represent as many nations, their battles in the playoffs promise further excitement.

As expected, this second round brought a series of heated battles. While the eight advancing teams represent as many nations, it’s notable that both Greek and Croatian entrants failed to pass this tough test.

Mladost (CRO) earned a 6-6 tie against eventual group winner Spartak (RUS), the young Croats couldn’t win the decisive match against Jadran Carine (MNE). Though the hosts trailed by only two early in the fourth period at 7-9, the Montenegrins scored the last three goals of the match for a convincing 7-12 win and a place in the playoffs.


The weekend’s biggest upset happened in Budapest where host OSC already went through after two days while Marseille needed to avoid a 3+ goals defeat against the Hungarians on the closing day after the French had drawn with Canottieri (ITA) earlier. The ‘visitors’ did more than just take care of their goal-difference, with a 0-4 opening rush they stunned the Hungarians and even though OSC tried desperately to make a comeback, they could narrow the gap to a single goal only ten seconds from time, thus had to settle for the second place and a presumably harder road to the main round.

Brescia (ITA), participant of last May’s Final Six, did a clean job in Sabadell: the Italians were the only ones at this stage who won all of their three matches. Victories over the host Spaniards (12-13) and Mornar (CRO, 8-10) didn’t come easily, but Brescia is now one step from making the prelims once again. Sabadell had a great spell against Mornar while going 8-2 up after 2-2, securing its berth in the third round.

A three-day thriller took shape in Oradea where all four teams stood with a win and a loss after Day 2, with three points apiece. It was clear that the two winners of Day 3 matches would go through and both matches brought sheer excitement.

The encounter of Crvena Zvezda (SRB) and Vouliagmeni (GRE) couldn’t have been more balanced, it stood 4-4 after three periods, both teams missed a penalty. The Greeks took the lead four times but the Serbs could keep on and in the fourth, they netted two goals in 67 seconds. Vouliagmeni could pull one back only 38 seconds before the end and couldn’t force a tie (6-5).

The second match was similarly even, though Oradea (ROU) took a 6-4 lead in the third, Sintez (RUS) leveled the score before the last break and went ahead in the fourth. The Romanians equalised twice but the Russians had the last laugh, the game-winner came with 1:08 to go as the home side couldn’t make the last man-up in the dying seconds.

The draw for the play-offs will be held on Monday, the four top-seeded clubs will be paired with the second-ranked sides (those playing this weekend in the same group cannot meet each other again in the third round).

For a detailed breakdown of all games and results, check out the MIKROPLUS – official timekeeper’s results page. 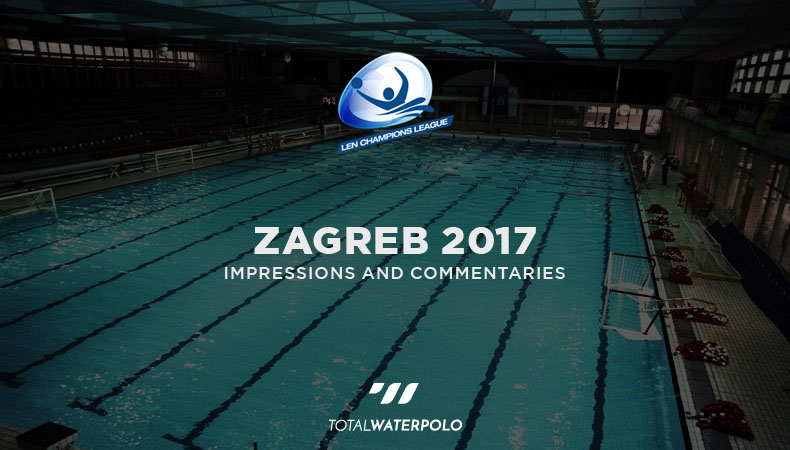 Total Waterpolo was on site in Zagreb and talked to the participants of the 2nd round of the qualifications for some exclusive insight and commentary on the weekend’s tournament.

We asked Jadran Carine’s young center forward Vladan Spaic for his impressions, after his game-breaking stellar performance against the hosts HAVK Mladost (5 goals), which led his team into the playoffs

“Three very intense days – In the first match against Spartak Volgograd we did not reach our true physical capabilities. They played forcefully and managed to get the win in a difficult game. The match against ASC Duisburg was executed as planned and all our focus was on the match against HAVK Mladost, which we knew we could win, as we have proven now.

Way stronger teams than us have lost in Zagreb before, but today we succeeded and displayed our quality as well as our abilty to handle the pressure of a difficult matchup.

Playing the Champions League would mean a lot to us, as this would ensure many matchups against high quality opponents. Our aim for the season is to attack the highest ranks in the Triglav Regional League, the national championship and cup, and see how far we can go on the European Stage.”

Spartak Volgograd fought the hosts HAVK Mladost to a draw, while defeating Jadran Carine and ASC Duisburg to secure the first place in their group. Head Coach Vladimir Karabutov had the following comments on the weekend in Zagreb

“The games were hard, especially the first two games against Jadran Carine and HAVK Mladost, but our players gave it all and played with all their force. The level of this tournament is already very high.”

What is your take away from the tight draw against HAVK Mladost? What could have made the difference?

“Both teams could have secured the win, but the draw is what it is – I think it was fair enough.”

We talked to their longtime team member and center forward Denis Eidner about their current state and their ambitions for the future.

Dennis, a short commentary on the weekend as a whole – many games, strong opponents and a brand new roster for ASC Duisburg.

“It’s a bit difficult, since we lost the first game with a 20-goal difference…It’s a great challenge to show up with such a young team, which was not really what we were planning for, but how it turned out in the end. We did not come here to celebrate any victories, it’s important for our youngsters to learn from this and for us to grow together as a team. We lost six key players during the last year, which is impossible to compensate on this level…it is what it is.”

You mentioned ASC Duisburg’s heavy outs for the season, one of them Julian Real, probably the best set guard in Germany. Where does ASCD see themselves now in the German League?

“Quick note on Julian – definetly the best set guard in Germany, without question. Seeing how Waspo Hannover and Spandau 04 have stacked up their rosters it will be difficult. For us more experienced players the ambition for a medal remains, which is what we as a club will be aiming for, too. Places 3 and 4 is what we are setting our sights on, anything above that seems unrealistic, but will be a lot of fun.”

Head Coach Arno Troost also gave us some perspective on his team’s performance and the difficult weekend as a whole.

“We knew ahead of this weekend, that we would show up as the complete underdog. We asked to compete in the euro league instead which was unfortunately impossible to do. We were completely outclassed in the first two matches, the third match was a little better.

It’s difficult to say, what that means for our national league, the Bundesliga. We were able to continously improve thorughout our preparation tournaments, we had good results in the Netherlands, I’m actually pretty confident in my team, which is making steps forward…It won’t be enough for places one and two, but after that we definetly plan to have our say in the matter.

An exciting weekend draws to a close, with many intense and close games for water polo fans across all of Europe to enjoy. We are ready for the playoffs and can’t wait to see the pairings for these heated battles, that will place the winners directly into the Chmapions League group stage, where the world’s best clubs are already waiting for them.