LEN Euro Cup, Round of 16: Many wide-open matches 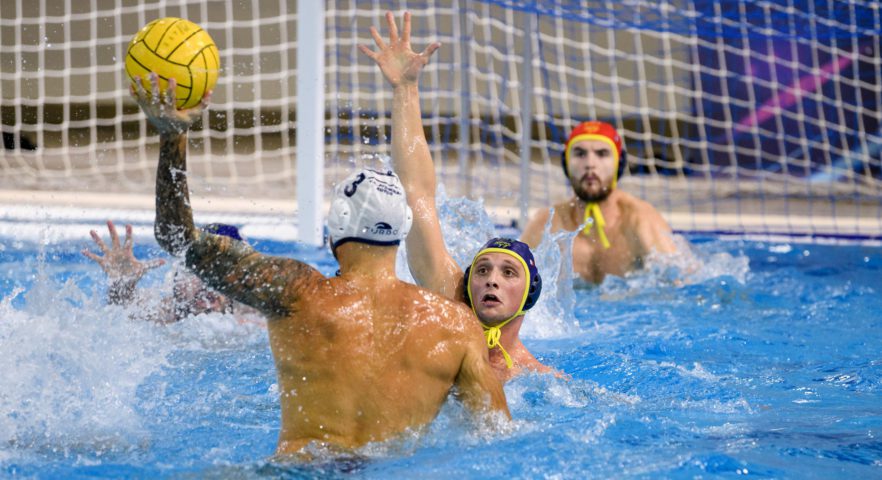 Wednesday will be fully packed with the games in the Euro Cups. Besides four Champions League matches, the duels of the LEN Euro Cup 1st leg are scheduled for tomorrow.

There are not many teams that can be considered favorites.

Several former European champions play in the Round of 16: Vasas, Partizan, Crvena Zvezda, Primorac, Szolnok, Honved, and Barcelona. Only four of the 16 participants in the eight finals have won the LEN Euro Cup – Savona, Barcelona, Partizan and Szolnok.

All games should be interesting, but a few of the matches attract more attention than the others. One of these encounters is the Italian derby. Savona, a three-time Euro Cup winner (2002,2011, 2012) will face Ortigia. Both teams played well in the Euro Cup qualifications and the domestic competitions in the past two months. However, neither of the sides had a good overture for the LEN Euro Cup eighth-finals. They suffered losses in the derbies of the Italian League last weekend. Savona, without two ill players, was downed by Pro Recco (4:11), while Ortigia lost to Trieste (8:15).

Trieste also plays in the LEN Euro Cup eighth finals. The convincing victory over Ortigia is a good encouragement before the duel with one of the best French clubs, Noisy-le-Sec, which has had ups and downs this season, but it has shown that it was capable of achieving good results.

Aside from Italy, Hungary and Serbia will have three clubs each at this stage.

The eighth finals will see one Hungarian-Serbian duel. It will be a clash between two former European champions. Vasas will host Crvena Zvezda. Vasas’ goal was qualifying for the Preliminary Stage of the Champions League, but Brescia was a too-high hurdle in the third qualification round. The Hungarians are the favorites. Crvena Zvezda didn’t have luck in the draw, but the Belgrade-based side isn’t a team that Vasas can underestimate. This match will be an encounter between the Serbian water polo legends.  Slobodan Nikic, one of the most decorated players of all time, has coached Vasas since the last year. Crvena Zvezda is guided by the man who was a synonym for the successes of the Serbian water polo team in the past ten years – Dejan Savic, who coached Nikic and two Vasas’ players – Branislav Mitrovic and Sava Randjelovic. 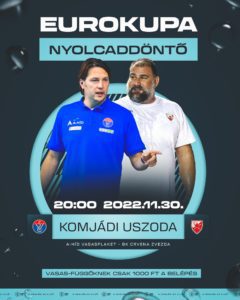 The other two Hungarian clubs, Honved and Szolnok, will meet each other. Both teams have rich treasuries of trophies. They were European champions, and Szolnok won the LEN Euro Cup two years ago. They aren’t in a circle for the trophies in Hungary this season, but they have solid players on their rosters. It seems that Honved and Szolnok are teams of similar qualities. Last week, Honved qualified for the Final Four of the Hungarian Cup. Szolnok failed to reach the semifinals, but it had a more demanding task than its tomorrow’s opponent (Szolnok played against OSC, and Honved against Eger).

The only remaining Greek club in the LEN Euro Cup, Panionios, arrives in Belgrade to play against Partizan. The Serbian club, the seven-time European champion and the 1998 LEN Euro Cup winner, faced a mass departure of the players this summer. But, the Black-Whites play much better than the news from the transfer market indicated. Partizan beat Szolnok, Pays d’Aix, and Strasbourg, among the others, on its way to the eighth finals. Panionios, which hasn’t won a European trophy, dropped here after two losses to OSC Budapest in the third Champions League qualification round.

The third national derby in the eight finals will be an all-Romanian battle, Steaua – Oradea. It isn’t easy to estimate which of the clubs is better now. However, Oradea played in the third round of the Champions League qualifications, and Steaua ended its Champions League campaign in the second round.

At first sight, one of the duels in which one team can be considered a favorite is an encounter between Primorac and Tourcoing. The French have high ambitions this season. But don’t forget. Primorac and Tourcoing have already faced this season. They shared the points in the Champions League Qualifications. Mostly because of that surprising result, Tourcoing failed to make the next round.

The last rehearsal before the eighth-finals for the French clubs was their league match a few days ago when Noisy beat Tourcoing by a goal (13:12).

The match Sabac – Barcelona will be close tomorrow’s program. The game will be played in front of the packed stands. Almost all tickets have already been sold. We have already seen that Sabac can make excellent results with the support of its fans. Both teams have experienced players on their rosters – medal winners at competitions for the national teams. Barcelona was the European champion a long time ago and won two LEN Euro Cups (1995 and 2005). Sabac is highly motivated. Anything is possible.

The return matches are on December 14