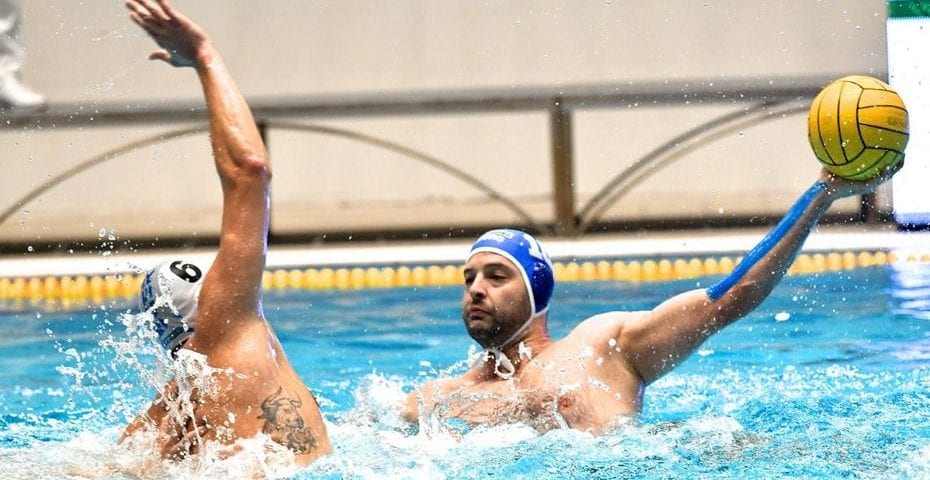 Thirty clubs will play 42 games of the LEN Euro Cup all across Europe in the next three days. The LEN Euro Cup Qualifications start tomorrow. A total of 30 teams will take part; they are split into eight groups. Only the first two ranked teams will continue the competition.

Fourteen of the 30 teams already started the European season, and they “dropped” to the LEN Euro Cup from the Champions League qualifications.

Most of the groups are balanced. There are no many underdogs. In almost each of the eight groups, at least three teams have the quality to reach the eight-finals.

Everything is possible in Group A. Barcelona, the double LEN Euro Cup winner (1995 and 2001), is considered as the favorite. But, BVSC, Tourcoing, and Panionios can upset the hosts. They all have good squads. BVSC is currently the 4th-placed team in the very strong Hungarian League. All four clubs can reach the next competition round. Nobody is an underdog.

Four clubs, which played in the Champions League Main Round in the past five years, are in Group B. Nobody is a firm favorite here. It seems that Sabadell has the best team in this group, although the Spaniards were in the 4th “pot” of the draw. The home pool will be their advantage. Sabadell, which brought a few good reinforcements before the season, has been playing very well in the Spanish League. It already won the Spanish Super Cup.

This group is the only one in which a host is an underdog. The Slovenians are returning to the European cups after a long time. Triglav will have three strong rivals and doesn’t have big chances to go through. OSC Budapest had a lot of ups and downs in the Champions League Qualification. Still, OSC is the favorite in Kranj. But, nobody is invincible. Crvena Zvezda and Noisy are contenders for 2nd place. Both clubs entered the new season with a lot of new players and high ambitions. Noisy plays quite well in the French League and holds 2nd place currently. Crvena Zvezda is among the top four teams in Serbia.

The outcome of this group is quite predictable. Vouliagmeni and host Pays d’Aix, the runners-up in their national leagues in the past season, are contenders for the first two places. Newcomers to the European stage Ludwigsburg and Carouge hardly can surprise the Greeks and the French. The tournament will be an important experience for the German and the Swiss club.

Radnicki, the surprise team of the Champions League Qualifications, stands out in this group if we take into account the latest results. The Serbs finished 2nd in the B group of CHL Qualification. But, Radnicki won’t have an easy task. Host Savona is also eyeing the 1st place. Savona is one of the most successful clubs in the history of the LEN Euro Cup with three trophies (2005, 2011, 2012). The club named VK Radnicki won the Euro Cup in 2013, but it ceased to exist due to financial troubles three years later. KVK Radnicki was founded after that and it is in some way the successor of the 2013 Euro Cup winner. But, let’s return to the present. KVK Radnicki and Savona will probably fight a battle for the top position. Mediterrani is a club that shouldn’t be underestimated and can surprise the Italians and the Serbs. OSC Potsdam hasn’t played an official match since September (the start of the German League has been postponed) and their shape is unknown for the rivals.

After Trieste’s withdrawal, three clubs will play in Zagreb. Seven-time European champion and the 2001 LEN Euro Cup winner Mladost is a favorite. The Croats missed the ticket for the Champions League by a hair’s breadth (an 8:9 loss to Ortigia in the final of Group A). They entered the season as the Regional League champions, the winners of the Croatian Cup, and with almost the same team comparing to the previous season, with a big addition Andro Buslje. Eger played in the semifinals of the 2020 LEN Euro Cup. The Hungarian club lost to Brescia in the first semifinal leg last season (3:6). The 2nd leg was never played because of the pandemic. Several key players left Eger during the summer. The former Hungarian champion has a young squad, as well as 2009 European champion Primorac.

Szolnok is a step closer to the 1/8finals than other clubs in this group. It will be a big surprise if the hosts don’t qualify for the next stage. But, on the other side, it’s hard to predict who will join Szolnok. Apollon Smyrnis has a very good roster, with a few reinforcements, but the Greeks haven’t played an official game since the end of October, because of the country’s lockdown. Terrassa and Strasbourg aren’t without chances. The hunt for the 2nd place will probably be a three-horse race.

Novi Beograd hasn’t a long and rich tradition. The club was founded five years ago (one of the founders is Aleksandar Sapic, the Serbian water polo legend). The home team is one of the three debutants in the competition (the other two are Ludwigsburg and Carouge). On the other side, Sintez has one LEN Euro Cup in its treasury (2007), Oradea played in 2017 final and reached the semifinal last season. But, Novi Beograd has made significant progress in the previous few years. The team coached by Vladimir Vujasinovic has brought several experienced players this year, and it is maybe the strongest favorite. However, all matches in this group could be exciting.

In the second phase of the LEN Euro Cup, 16 teams will face off in the eight-finals on a home-away basis (February 27 and March 6).