The opening match couldn’t have been any better as it offered some brilliant goals and loads of excitements. Greece enjoyed a great spell in the second period, scoring five goals but Hungary responded well with a 3-0 rush in the third to equalize at 6-6. Still, the Greeks seemed to have the upper hand in the fourth at 7-9 with 5:10 to go but the Magyar side fought hard and saved the match to a 9-9 draw.

A bit surprisingly, Spain thrashed Italy 11-4 in the second game – it was perhaps the worst performance from the Settebello in this decade. At one point they were 1-8 down, could score only twice in the first three periods. At the same time the Spaniards, host of this summer water polo Europeans in Barcelona in July, opened their campaign with a confidence-boosting win.

Munarizz: Defense was the key

Well obviously we are happy about the result. I think we played really good in defense and that was the key. We want to keep working in this direction, we are here to grow as a team and it is a great opportunity to play with all this great teams. Now we will try to play with the same intensity tomorrow and the rest of the tournament,” said Munarriz.

As it was expected, Croatia blew the French away in Group B. The world champions staged a pretty strong start, rushed to a 6-1 lead in eight minutes and rolled on – in an entertaining match they managed to score 20 goals in front.

The closing encounter of the opening day seemed to be a balanced affair for almost two periods when Montenegro missed a penalty while the Serbs scored a last-grasp goal from a 6 on 5, making it 6-3 instead of 5-4. When the Olympic champion side added another one for 7-3 early in the third that visibly broke the Montenegrins who could never come closer in the second half. 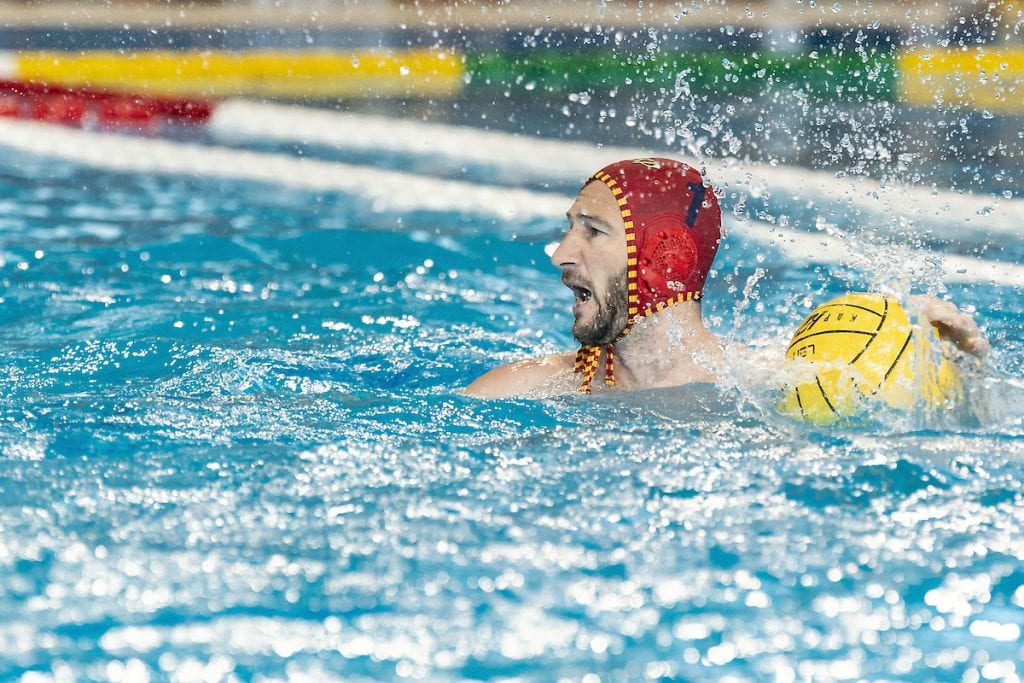 Hungary came from behind to save this great game to a draw while Greece wasted a handful of chances to secure its win in the Super Final opener. After a calmer first period which saw a goal apiece and a series of missed 6 on 5s, the Greeks started rolling in the rematch of last summer’s World Championships semi-final. In a rare scene, they netted five goals within a period against the world silver medalists and gained a massive three-goal lead.

However, the Hungarians – playing the first big tournament in 18 years without an Olympic champion player in their line-up – showed their better half and netted three straight goals in 2:37 minutes to make it 6-6. They even had a shot to take the lead but the crossbar saved the Greeks and Marios Kapotsis sent the ball home at the other end from the distance. A nice action goal early in the fourth brought Hungary to even once more but a double in 57 seconds seemed to give the edge for the Greeks at 7-9. However, they couldn’t add any more in the remaining 5:10 minutes and the Magyars managed to equalize – the last blast came from their rocket- launcher Marton Vamos with 47 seconds from time.

By the beginning of the second half both reserve goalkeepers were in the water – but for very different reasons. Italy’s Marco del Luongo put himself in a downward spiral in the first Spanish attack as an easy ball sailed through his hands – and he couldn’t recover from that, later he had to be substituted. By then Spain was far away, as the Spaniards managed to ride the wave, took a 0-3 lead while Dani Lopez delivered a couple of great saves in front of their cage. Italy’s first goal came after 10:44 minutes but that turned out to be an exception as their rivals defended really well and was effective in front, too.

Italy’s misery just got worse in the third, they couldn’t even make advantage of Dani Lopez’s sad finger injury which forced him to sit out for the second half. His substitute Eduardo Bejar began with some fine stops to further strengthen his team’s confidence and his mates rolled on, scoring from counters, 6 on 5s to go 1-8 up. The Italians could score once more after another 10:30 minutes but they visibly fell apart while Spain kept its disciplined play and was 2-10 up early in the last quarter, putting Italy’s worst beating in recent years in sight. It finished when seven goals separated the sides, still, Sandro Campagna had to admit that he hadn’t seen his Italian team playing that bad in recent years.

It was a lopsided match right from the beginning. Croatia scored three goals in its first three possessions and rushed to a 1-6 lead by the end of the first period. The two sides represented different quality, the world champion Croats were better in each element of the game and dominated physically as well. It’s a telling number that the hosts were 20 for 27 in making their shots. Remi Garsau could produce three saves in the game and their team-mates didn’t help him in defense as the Croatian super-shooters made most of their chances from the center, the perimeter and 6 on 5s.

In the heavy-weight bout of the opening day Serbia didn’t leave too much chance to its ‘brothers’. Montenegro opened the scoring with a fine goal from the center and had a man-up to double this lead, instead the Serbs equalized at the other end from a perfectly carved 6 on 5. It was a balanced opening period, still, the usual big blast from Filip Filipović in an extra put the Olympic champions ahead with 5 seconds from time.

In the second the Serbs started dominating, Duško Pijetlović netted a man-up than lobbed magnificently from the center while Branislav Mitrović stopped a penalty. It could have been 5-4, instead 6-3 appeared on the scoreboard in the middle break since Gavril Subotić put away the ball from a 6 on 5, just beating the buzzer. The third began with a Serbian penalty, Filipović buried it to make it 7-3 while the Montenegrins missed their next 6 on 5, providing a sharp contrast on how effectively the sides dealt with their key opportunities. As a consequence it stood 8-4 before the last period and that prepared the field for eight calm minutes, producing one goal apiece. 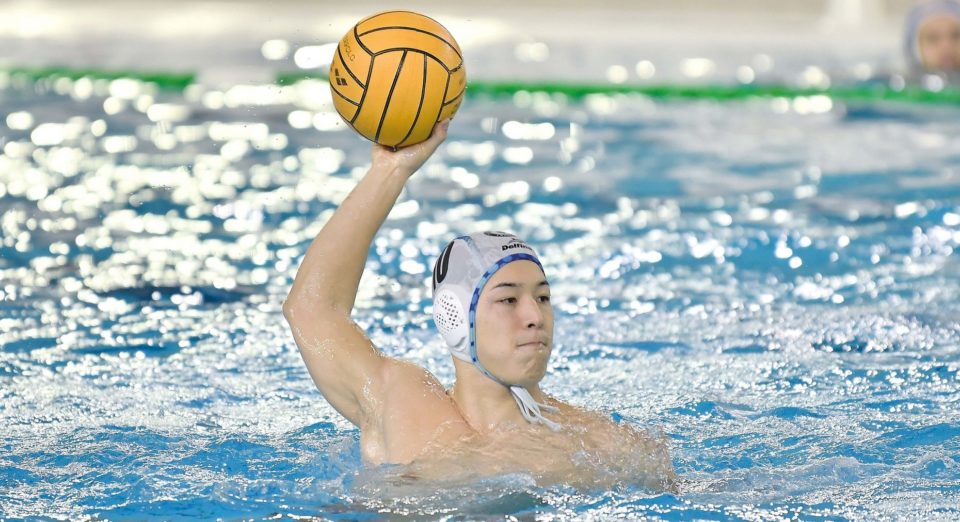 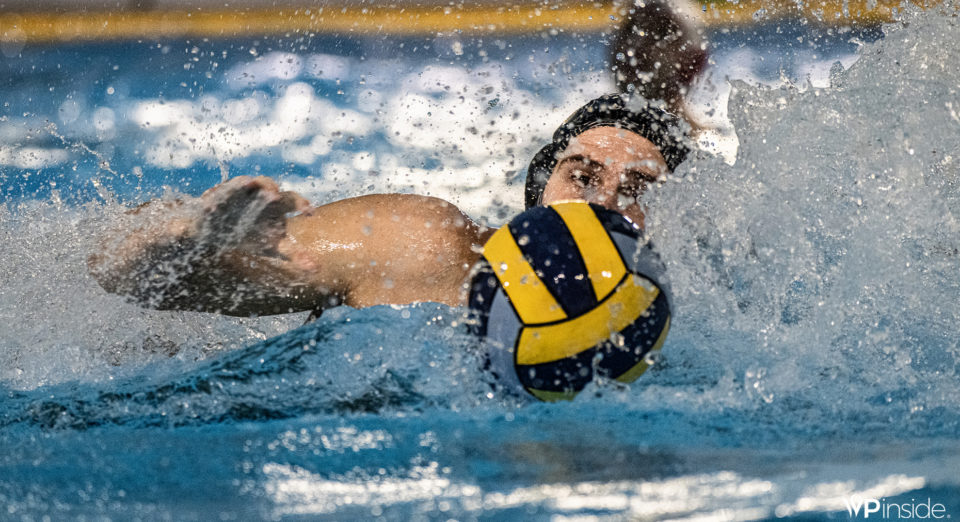