One of the most successful Croatian water polo players of the 21st century returns to the homeland.

Jokovic played for Brescia in the season 2020/21 and won the Italian League and the bronze medal in the Champions League.

He has won a total of 38 trophies in the competitions for the clubs, and 20 with the national team, including Olympic gold in 2012, and silver in Rio de Janeiro in 2016, two gold medals from the World Championships (2007 and 2017), the gold at the 2010 European Championships, etc.

He will become a 4-time Olympian in Tokyo, because he debuted at OG in Beijing in 2008.

Several weeks ago, Brescia confirmed that Jokovic had left the club. Since then, there have been a lot of rumors about his return to Jug. Today, the information has been confirmed, and Jokovic signed a contract with the Dubrovnik-based team.

“I’m glad to be back at my home club after two seasons. Jug enters each season with ambitions to achieve high goals. I think that with the team that will be created, with quality and dedicated work, we will have a chance to achieve what we set out to do. In any case, I am looking forward to new challenges, “Jokovic said after signing.

Another interesting piece of news has come from Croatia.

A 41-year-old Damir Buric, one of the best Croatian players in history, decided to retire. In the past few seasons, he played for Turkish Enka, but earlier, he was a member of some great European clubs. He won two Champions Leagues with Pro Recco (2010 and 2012), LEN Euro Cup with Radnicki (2013), the trophies in the Adriatic League and in national competitions with his first club Primorje, Mladost, Pro Recco, Mladost Zagreb. Playing for Enka he clinched three Turkish Championships and two national Cups. 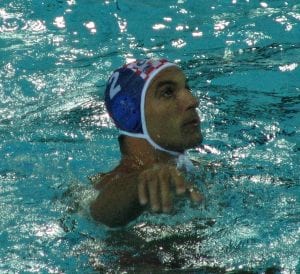