Marseille and Pro Recco advance to Final Eight; festival of goals in Milan 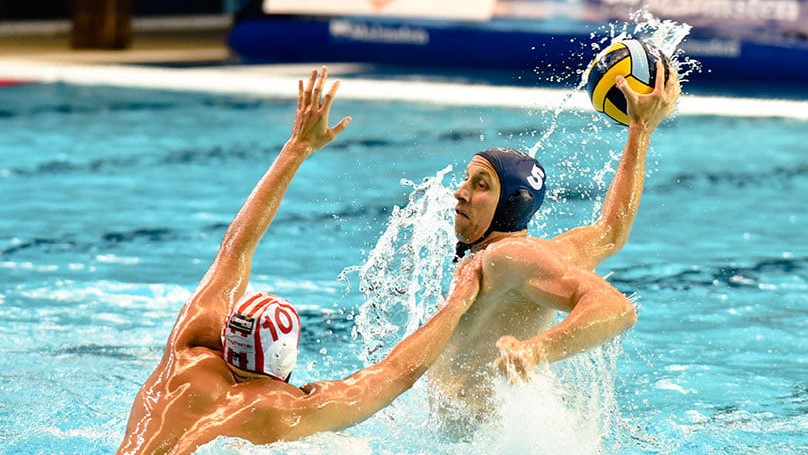 Title-holder Pro Recco and Marseille have mathematically secured their spots at the Champions League Final Eight in Belgrade.

Pro Recco beat OSC (17:14) in the derby of the 10th round in Group B, played in Milan. Marseille outplayed Hannover (14:7) today. Whatever happens in the remaining four rounds, neither Recco nor Marseille can drop lower than 3rd place in the group.

The battle for 4th place becomes more and more interesting. Spandau 04 defeated Steaua in Bucharest convincingly – 16:5. The Berliners are still in 6th place. But, after the 10th round, they are just three points behind 4th-placed OSC. Waspo Hannover, which is 5th place has only a point more than Spandau.

OSC suffered a devastating 8:14 loss to Pro Recco in Budapest. Today, the Hungarians proved that the result of the first match didn’t mirror the real difference. Although Pro Recco played without important players (Figlioli and Echenique), the hosts were favorites. Still, the game, which turned into a scoring festival, was open until the middle of the fourth period.

The first quarter offered a balanced battle. Pro Recco took a one-goal lead four times, but OSC responded with an equalizer on each occasion. Still, Recco had a slim 5:4 lead at the first break. The Hungarians had no answer after Nicholas Presciutti’s goal for 5:4 scored 38 seconds before the buzzer.

From that point on, Recco was always ahead, but OSC chased the hosts and didn’t let them celebrate the win too early.
Recco built a 5-goal advantage (9:5) deep into the second quarter . It seemed that the Italians were on the right track. But, OSC didn’t surrender. The visitors were coming back step-by-step. They reduced the gap to one in the 23rd minute, when Erik Csacsovkszky found the net for 10:11. Still, Vellotto responded immediately – 12:10. Shortly after, the hosts had a nice opportunity to stretch the margin to three. Twenty-nine seconds before the last break, they forced a penalty shot, but OSC’s goalkeeper Marton Levai saved a shot from Aleksandar Ivovic.

OSC had a man-up in the last possession in this period, but failed to score.

Pro Recco’s left-handed Hungarian Gergo Zalanki opened the fourth period netting an excellent goal for 13:10. After that, OSC reduced the gap to two twice (11:13 and 12:14). Three minutes before the end, Francesco Di Fulvio made it 15:12. A minute after, Gergo Zalanki scored from a 6 on 5. Recco earned a safe 16:12 advantage and secured the win. There was no way back for the Hungarians.

Zalanki was the player who made a difference in this match, scoring six goals with an excellent percentage of shots (6/9). OSC managed to stop some of Pro Recco’s stars, but their countryman was unstoppable.

As expected, Marseille collected three points in the first match of the 10th round and French became the first team that qualified for the F8.

Marseille recorded the convincing win, but it didn’t have an easy task.

The Germans kept up with the French for almost two quarters. Hannover had an early 1-goal lead (1:0, 2:1).In the middle of the first period, Vernoux leveled at 2:2. In the 11th minute, Marseille went ahead for the first time (3:2). After that, defenses dominated. There were no goals for a while. In the last two minutes of the first half, Ugo Crousillat and Andrija Prlainovic gave Marseille a 5:2 lead. The visitors opened the second half in the same way they finished the first. Crousillat and Prlainovic scored a goal each in the first two minutes of the third period. The visitors jumped to a 7:2 lead.

Marseille kept Hannover scoreless for 15 minutes. The hosts’ third goal came in the 18th minute (3:7). They managed to reduce the gap to three (5:8). But, it was too late for a comeback. Marseille answered with three goals, jumped to 11:5, and dictated the pace until the final buzzer.

Crvena Zvezda, coached by a returnee Dejan Savic, got off to a flying start, but it couldn’t surprise Jug.
Neither of the coaches (Jug’s Kobescak and Crvena Zvezda’s Savic) couldn’t count on all players. Krzic, Burdjelez and I.Vukojevic was missing from Jug. Radjen, Gardasevic and Radovic didn’t play for Crvena Zvezda.

The first quarter belonged to Crvena Zvezda, which maintained a 2-goal lead until the middle of the second quarter (5:3). Then, Jug found its rhythm and started breaking the opponent. The home side scored three goals in two minutes and turned around the deficit to a 6:5 lead. In the 15th minute, Basara leveled at 6:6. However, Crvena Zvezda ran out of gas for the second half. Before the end of the first period, the hosts earned a 2-goal lead (8:6). After less than three minutes of play in the third quarter, Jug doubled the advantage (10:6). The hosts controlled the match in the remaining time, and their win wasn’t in danger.

Spandau 04 beat Steaua easier than expected. Steaua is out of the race for the Final Eight, but many taught that the game in Bucharest could be interesting.

Steaua took the lead just once (1:0). After that, the match turned into a one-sided contest. Steaua couldn’t find the right solutions in the attack. Spandau produced a 5:0 run and earned a 5:1 lead (14th minute). Goanta broke the hosts’ silence with an action goal for 2:5 a minute after. But, the Germans dominated in the following five minutes. They earned a 10:2 lead (20th minute) and that was the end of the contest.

Group A: Varga returns to pool but misses derby

One of the derbies of the 10th round in Group A will be an encounter between Ferencvaros and Barceloneta that will be played tomorrow.

It will be one of the crucial games in a battle for the F8 berths. Barceloneta and Ferencvaros shared the points in Barcelona in December (12:12)

Ferencvaros won’t be complete tomorrow. Denes Varga, who missed the previous two Champions League games (against Dinamo and Jadran Split), and a few matches in the national championship, won’t be on the roster for the Champions League 10th round.

But, after a one-month pause, Varga can train again. He clarified the reasons for his absence

“On the day of our match against Dinamo Tbilisi at home, I was diagnosed with an illness that specifically affects men. The treatment of the illness could not be postponed. After nine days of preparation, I went through the intervention, and now, after two weeks, I can start training again, and I will be allowed to play in a match over time. I trust there will be no need for aftercare, that this chapter closes here and I can enjoy water polo again.”, Varga said for Ferencvaros’ official website. 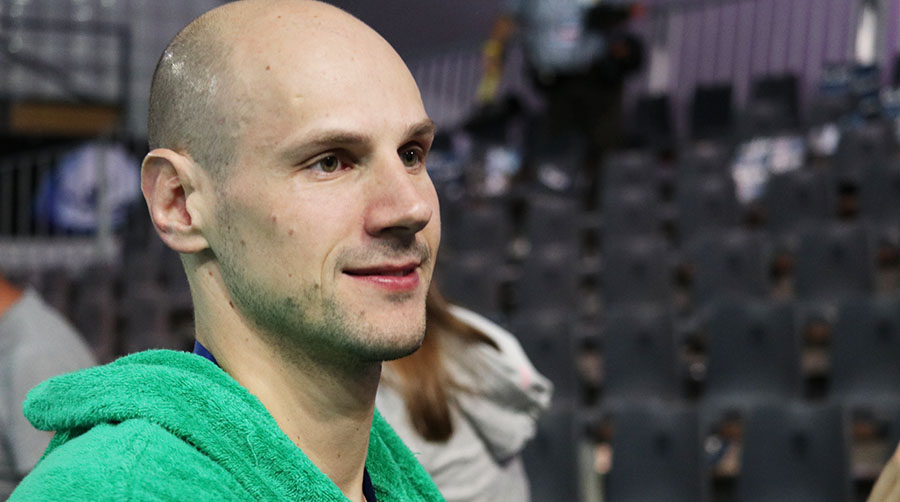 Ferencvaros announced that the club and player wouldn’t make any more statements on this topic. If there is a new piece of information, they will inform the public.

Total Water Polo team wishes the winner of our Total Player award for 2019 to recover as soon as possible and continue proving that he is a high-class player.