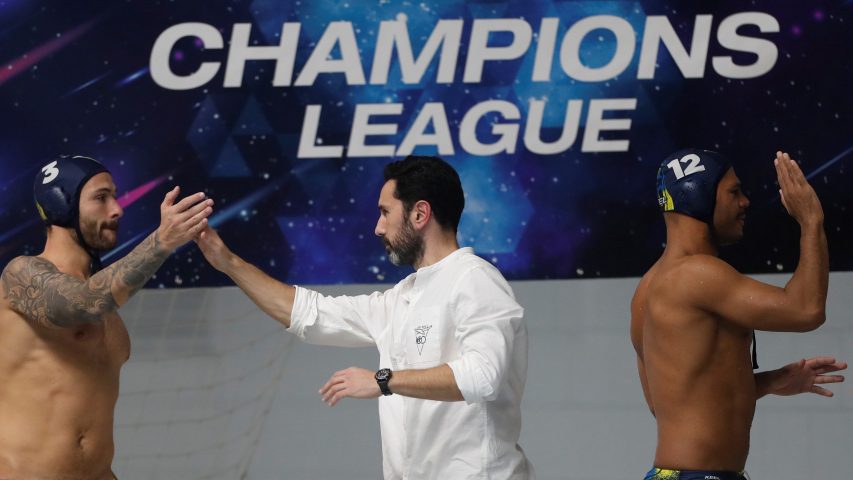 Marseille climbed into 2nd place of the Champions League Group B after beating OSC in Budapest 14:9 in the derby of round 4.

The French opened the season with a loss to Pro Recco (7:13). After that, they recorded three away wins – against Jug, Steaua and OSC. Marseille continues proving that it is one of the contenders for spots at the Final Eight.

Jug Dubrovnik earned a hard-fought win over Steaua in Bucharest (10:8).

After a convincing loss to Jug in the first round, and two draws (Spandau and OSC) Hannover is back in the race for the Final Eight as it defeated Crvena Zvezda in Belgrade (15:12).

Pro Recco didn’t let surprise and continued its winning streak with a 14:9 victory over Spandau.

Marseille led throughout the game in Budapest. The French earned a 3:0 lead in the first six minutes. A minute and a half from the first break, Burian scored the first goal for OSC, while Salamon netted for 2:3 thirteen seconds before the buzzer, and the Hungarians were back in the match. But, Marseille regained a 3-goal lead in the early stage of the second quarter (Cuckovic and Spaic for 5:2). Midway through the quarter, the hosts cut the deficit again (4:5). Still, Marseille went to 7:4, with two goals in the last 86 seconds of the first half.

According to the scoresheet, the last goal in the second quarter was scored by Vanpeperstraete five seconds before the middle break (7:4), but it was an own goal, which is rare in water polo.OSC’s Ferenc Salamon, who was two meters in front of his goal, threw the ball behind his back, without looking, in an attempt to pass it to goalkeeper Levai. But, Levai was just behind him, and Salamon sent the ball in his own net. 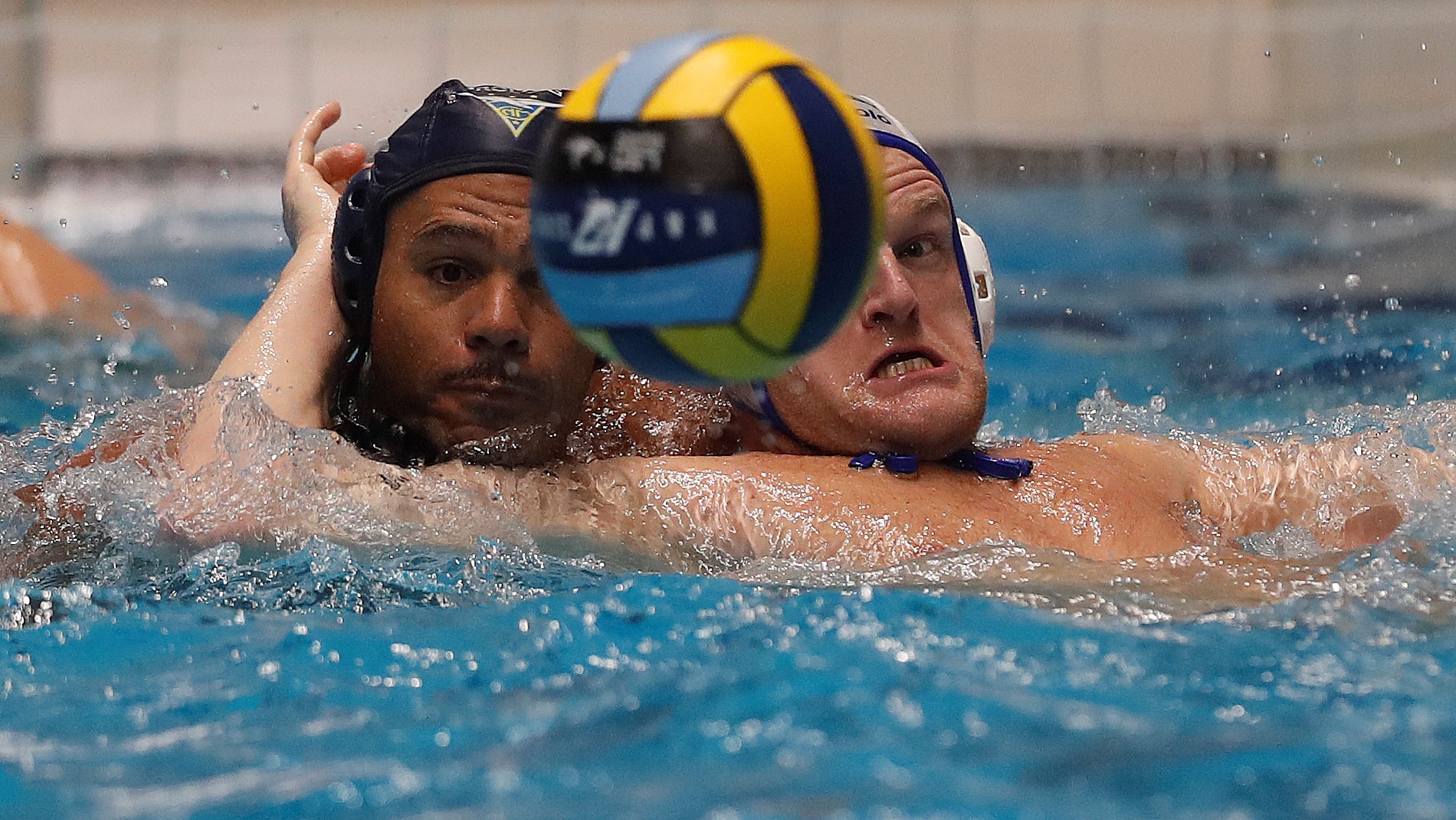 Andrija Prlainovic converted a penalty in the 19th minute to widen the margin to four (8:4). OSC halved the gap (6:8), but Marseille finished the quarter in a great way – with two goals in the last minute. First, Prlainovic converted a man-up. Spaic added an action goal and Marseille entered the final quarter with an 11:6 advantage. OSC couldn’t find its way back.

Two minutes before the end, Marseille had a 13:9 lead. OSC tried to cut the deficit from a 7 on 6 action – goalkeeper Levai joined his teammates in attack, but OSC failed to score. Marseille started a counterattack and Bouet sent the ball into the empty net to set the final score. 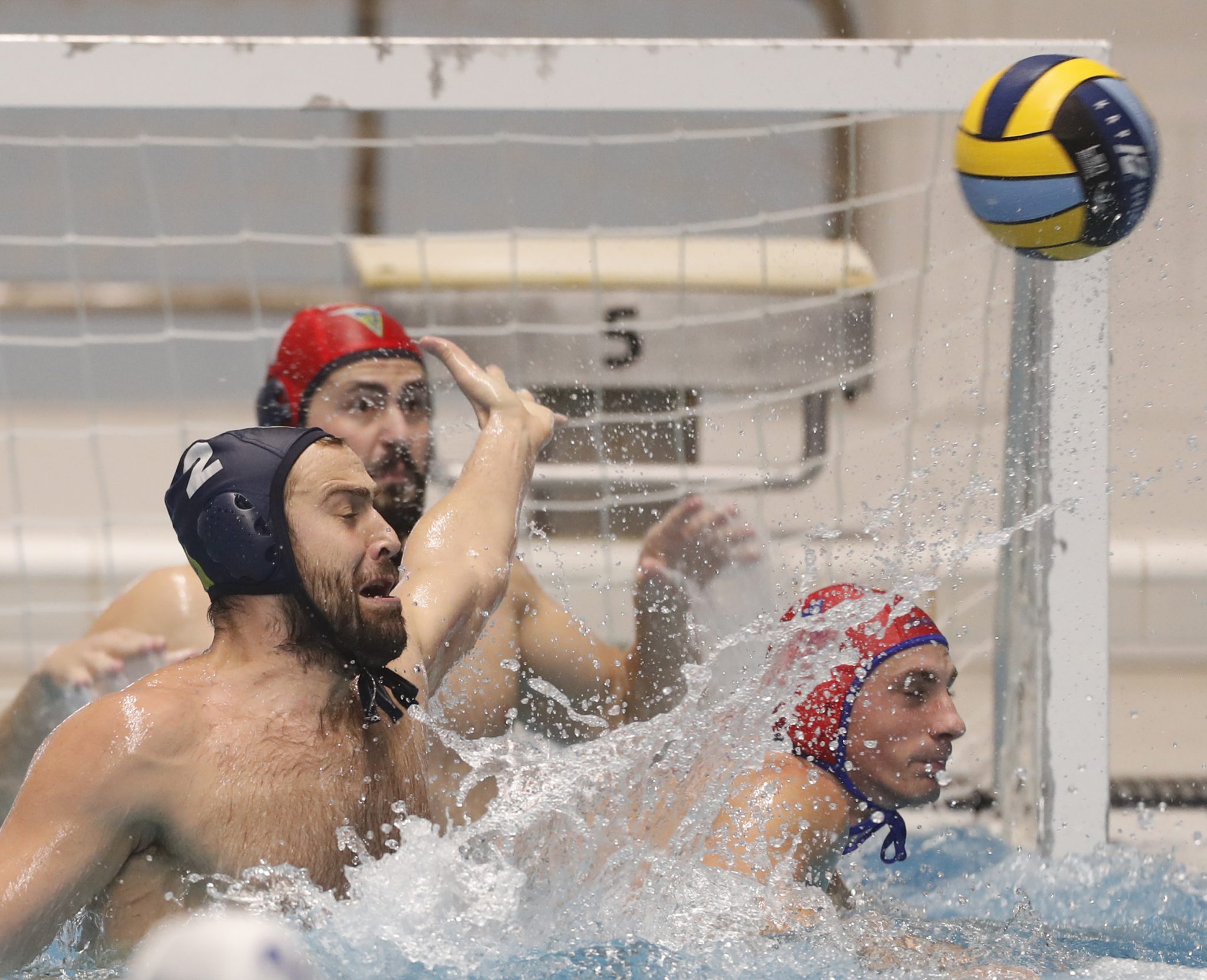 Marseille deserved the convincing win. It was a real team effort. Even 10 field players got on the scoreboard (including Vanpeperstraete). Dejan Lazovic, who was out of the team for a long due to an injury, was in front of Marseille’s goal for the first time in this season of the Champions League. 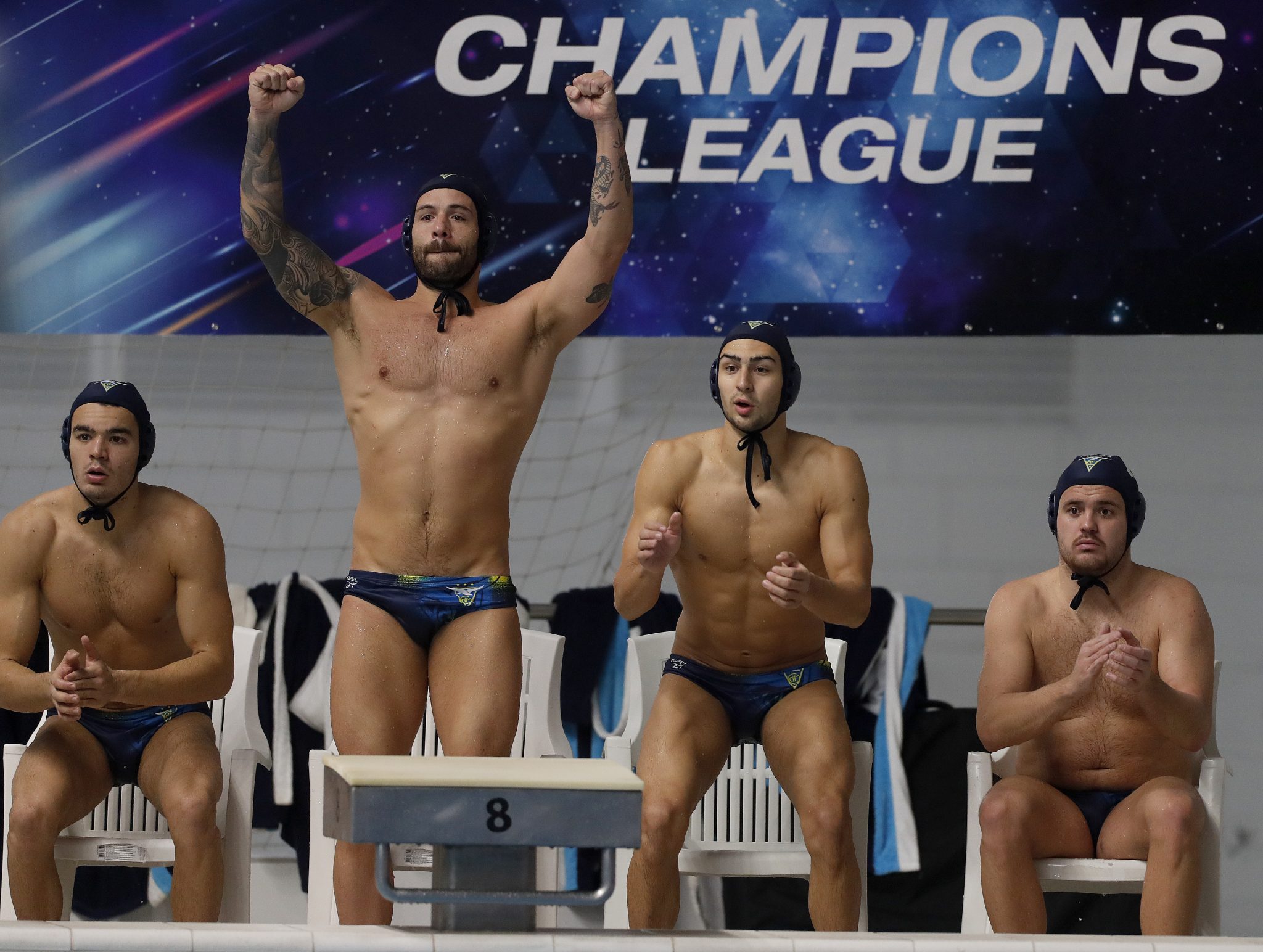 Jug, playing without captain Fatovic and Stahor, who haven’t left quarantine in Germany after testing positive for covid ten days ago, struggled, but it beat Steaua.

Jug dominated in the first quarter and a half. The Dubrovnik-based side jumped to a 6:2 lead by the 11th minute, and it seemed that the favorite would record a convincing win. But, the Croats were exhausted after a series of games in the Regional League and a lot of time spent on trips. So, they didn’t keep their rhythm. Steaua produced a 4:0 rush and leveled at 6:6 in the middle of the third period. Jug couldn’t score for almost 13 minutes. An experienced Maro Jokovic broke the visitors’ silence with a goal from 6meters for 6:7. 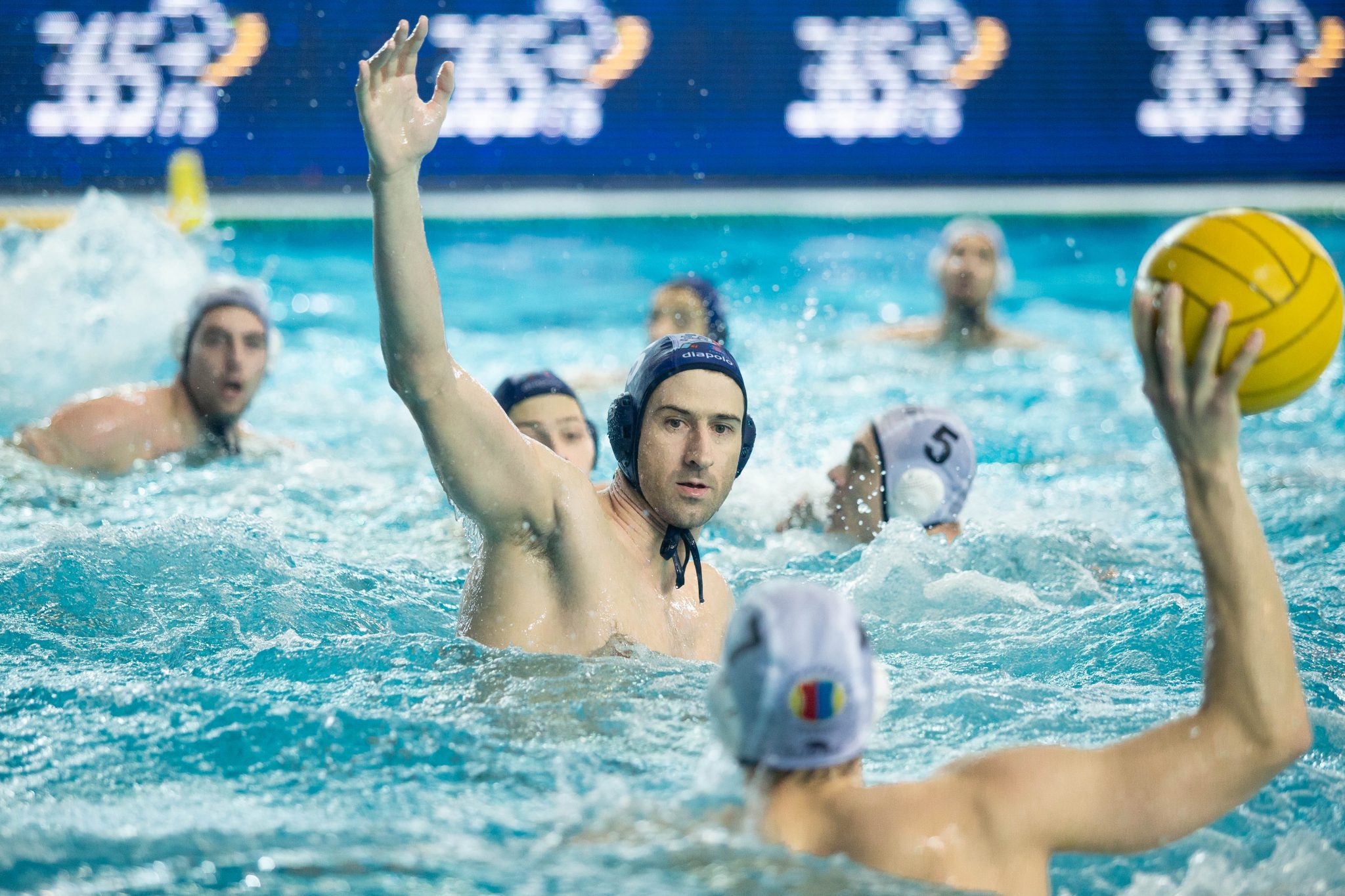 The Romanians equalized once more in the 25th minute – 7:7. By the middle of the quarter, Greeks Kakaris and Argyropoulos gave Jug a 9:7 lead. Still, Steaua didn’t surrender and cut the deficit to 8:9. Marko Zuvela scored an action goal for 10:8 with 02:40 remaining on the clock. There were no goals after that, and Jug won the three points.

Today’s game should have been played in Hannover. But, the clubs agreed to move the game to Belgrade, because new stricter anti-Covid measures in Germany would make it harder for Zvezda to come to Hannover.

Like Jug, Crvena Zvezda had a tough last week packed with the Regional League games, which affected today’s performance, especially in the opening minutes. Less than three minutes passed, and Hannover already had a 3:0 advantage. The Germans maintained the difference until the first break.

Still, Crvena Zvezda, led by Gavril Subotic (who returned to the team after he missed the Regional League) and Ivan Basara, started climbing back. Two minutes and 21 seconds before the last break, the hosts reduced the gap to one (9:10) after Basara scored from an extra. But, Winkelhorst replied with an action goal in the next possession. Immediately after, Basara buried another man-up for 10:11, but 16 seconds before the last break, Darko Brguljan gave the visitors a 12:10 advantage.

In the middle of the fourth period, Crvena Zvezda came close once again (Vukicevic 12:13). The Serbs had two attacks to equalize, but they failed and paid for misses. Hannover scored two goals in the last two and a half minutes and recorded a 15:12 victory.

Crvena Zvezda suffered three defeats in a row, it has only three points but the Serbs aren’t without a chance of reaching for F8.

Pro Recco started slowly but didn’t disappoint fans and recorded a convincing win. Spandau kept up with the European champion during the first eight minutes. The Germans equalized at 2:2 and trailed by a goal in the eighth minute (3:4), but Di Fulvio closed the first quarter with an action goal three seconds from the buzzer for 5:3.

The hosts broke the Germans in the second quarter. By the 14th minute, they built a five-goal lead (9:4).

Spandau fought hard in the second half, but Recco didn’t let the Berliners come back. Early in the fourth period, Ivovic streched the margin to six (12:6). Spandau responded with two quick goals (Dedovic and Sekulic) for 8:12. But, the big favorite controlled the match, and the Germans didn’t endanger Recco’s victory.