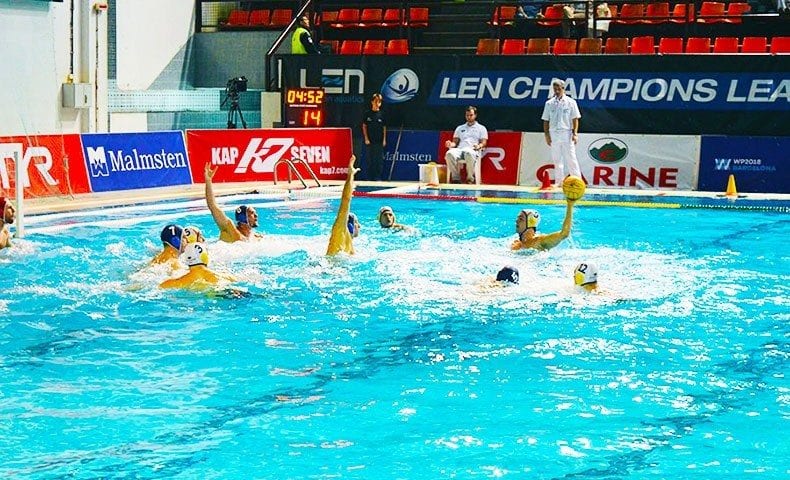 CN Marseille has got a bit closer to become the first French team ever lifting a European trophy in water polo. In the first leg of the Euro Cup final, the home team gained a 9-8 advantage against Montenegro’s Jadran Carine in an epic battle offering a handful of twists throughout the game.

Both teams were aiming at their first triumph at the European stage thus the first leg of the final already turned into a thriller.

Jadran took a flying start and stormed to a 0-3 lead while the hosts missed three man-ups. What came next was an astonishing twist: soon Marseille staged a 5-0 rush, including three hits in a span of 78 seconds and the fifth came just two seconds before the break to give the French a 5-3 lead at halftime.

Early in the third, they went three up at 6-3 but after a silence of 11:06 minutes the visitors returned to the scoring track and soon it was 6-5. Then Marseille replied soon to hold on for 7-5 before the last break. After a series of missed 6 on 5s at both ends, Jadran got closer again with 3:16 to go but in the finish, the hosts netted two in 51 seconds for 9-6 and only 71 seconds remained.

Still, the Montenegrins could pull one back with an action goal just 17 seconds later and they even had the last possession to reduce the gap further but couldn’t score again. This means that Marseille will have a two-goal advantage in the return leg, to be played in two weeks time in Herceg Novi.