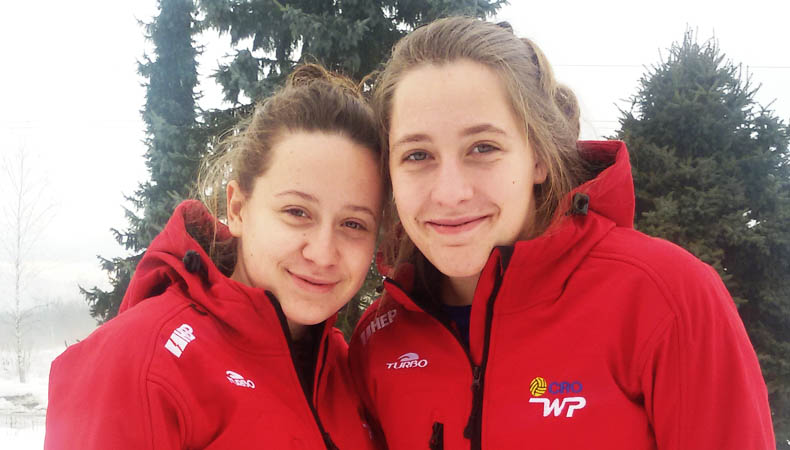 Ivana (22) and Domina Butić (17) come from a true water polo family and have a lot to share about the sport. Learn out more about them, the championships and women’s water polo in general in their exclusive interview with Total Waterpolo.

First off, tell us something about yourselves and your passion. Where are your from and when and why did you decide to play water polo?

I: My sister Domina is 17 years old and is attending the sports class at Split high school. I am a 22 years old Law student. I started playing water polo by accident. Due to a collarbone injury, I ended up in a pool where the water polo club “VK Bura” practiced. I liked the sport very much, so I decided to join the club. After a few trainings, I chose to stay there. Back then, Domina was 8 years old – but she liked water polo too, so she ended up joining me.

The two of you come from a real water polo family. What is it like to grow up in such an environment?

I: That’s right, and it all started with my father Zoran Butić who played at “POŠK”. He shared his passion with us. For those who don’t know, there are 7 of us: 4 sisters and 3 brothers. And we all play water polo. Krešimir and Zvonimir are seniors and Domagoj is a junior. As for my sisters, Domina is already showing great results and Magdalena and Jelena are on the right path. We are all divided among 3 water polo clubs: Jadran, POŠK women, and POŠK men. 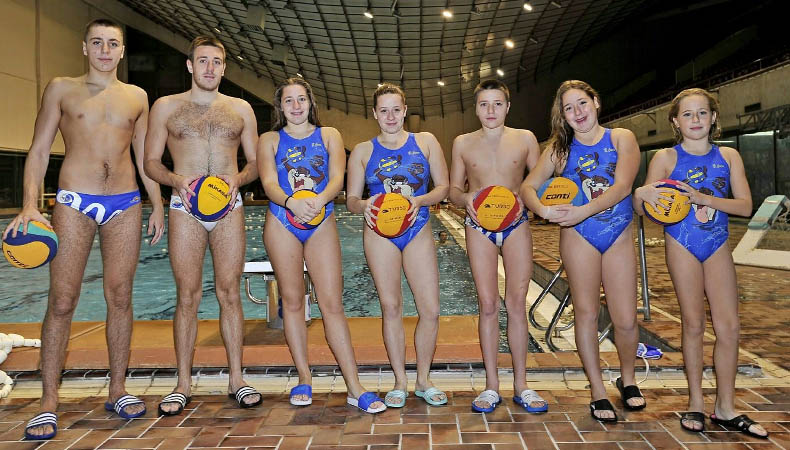 As for our lives, they are actually pretty simple and easygoing. We hang out as much as we can and criticize our games, even though we see each other rarely due to our busy schedules. Saturdays are our favorite day of the week since we meet in a pool and play together. During family lunchtime on Sunday, we share our experiences.

We see that you are taking water polo very seriously. Is it going to end up just a hobby or are you looking for something more?

I: Domina and I decided that water polo is much more than just a hobby for us. By winning medals, trophies and being acknowledged as the best players and scorers of the season, we decided to go professional. We love the practices so much we consider our teammates our second family, especially since we changed clubs.

Apart from the support from your father, who were the key coaches for your development?

D: I strived the most while training and playing with the boys from “OVK POŠK”, with Jakša Buljan as my coach. My sister learned the most from Ozren Mihaljević — a coach from VK Mornar Brodospas. As for now, Dragan Matutinović works on perfecting our skills.

Did you have any role models you looked up to at the beginning of your careers?

D: We always admired Croatian national team players. We looked up to their commitment and results for as long as we can remember.

Ivana, your sister has some stunning results. What do you think of her performance in the club and national team? Do you have any advice for her?

I: Domina is currently the best player in the club and one of the most respectable players in the Croatian national team. But she is still young and needs more experience. I think she needs to focus on individual development now.

And what do you think about Ivana, Domina?

D: She is older than me and much more experienced. Apart from her trainings, she helps girls younger than her to be good players one day. And, of course, she got my back, just as I got hers.

What are your biggest achievements? 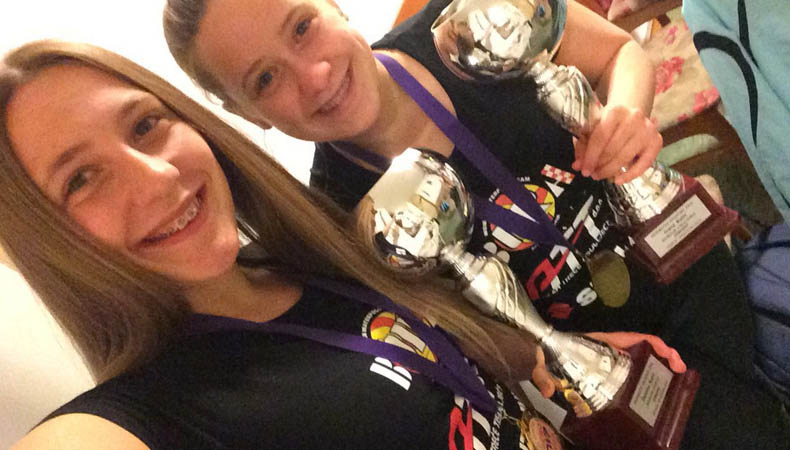 What was the most difficult game you have ever played?

There were a lot of victories, but there were also defeats. Which one hurt the most?

I: The defeat at the European Championships in Belgrade. We had a really good start and the rest of the game looked promising, but then the sudden turn happened and we lost the game.

Now you are playing in Split together. Can you tell us more about women’s water polo in Croatia? How is it organized, what are the wages (if there are any) and which clubs are the best?

I: In Croatia, compared to men’s,  women’s water polo is still undeveloped. Very few girls decide to become water polo players. And the majority of those who join often give up because of the hard and frequent training sessions. There are no wages, but some girls do get scholarships from the clubs. We play water polo only because we love the sport. Currently, the best female water polo club is “ŽAVK Mladost”.

Since women’s water polo is mostly amateur in Croatia, do you see yourselves playing professionally? Would you consider playing outside Croatia if there was an opportunity?

D: I think it is too early to talk about these types of goals in water polo. I am still in high school, though I plan to think about it more seriously the next year. But why not? Europe and USA sound really good to me. As for Ivana, her priority right now is to finish the Law school.

The Croatian national team qualified for the European Championship in Barcelona. What are your goals and where do you see yourself at the end of it?

I: First and foremost, we have to prepare very well. Then we need some luck to avoid health problems and injuries. We want to show that we can handle strong teams, and that can only be done with good work and discipline. We would like to see Croatia among the best 8 teams at the end of the Championship.

In your opinion, what should be done in order to bring the sport in general, and especially women’s water polo, closer to viewers and sponsors?

I: The biggest problem are the finances, more precisely its flow in the clubs. Which leads to lack of space in the pools, especially in Split. And despite the problems, Croatia’s men are still the world champions.

As far as women’s water polo is concerned, we have to strengthen the league because, at the moment, there are only two major clashes. The girls need more opportunities to grow. Also, it is very important to play tournaments outside Croatia. Our coaches, who are still not eager to train girls, need to be motivated to do so. Women’s water polo lacks media attention – we have to show some games on television, especially when the national team is playing.

Do you think women’s water polo is somewhat neglected compared to men’s? If yes, what can be done to change that?

I: The main problem is a lack of continuous financial assistance from cities. Though it is not as bad as it sometimes seems. We had very good conditions for the qualifying games. Also, the Croatian Water Polo Association is very helpful to women’s clubs and they are keen to strengthen the women’s league. For example, last year they supported the establishment of the women’s section in our club, OVK POŠK.

Judging by the results so far, this could be a good year. What are your plans for 2018?

In the end, list us a few reasons why young girls should consider training water polo.

I: Water polo is one of the best sports someone can play. It is played in the water and there is a certain level of coordination you need to master the ball play. Along with that, the pool is a great place to meet and socialize with new people which is great because water polo is a team sport. The players travel a lot and see new places.

Ivana and Domina, thank you for your time. We wish you the best of luck in your upcoming games and hope women’s water polo will get more attention from the media.