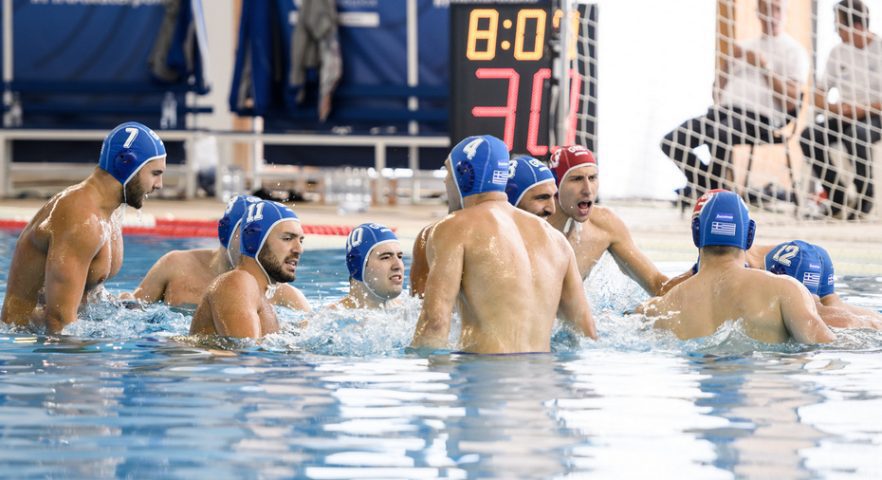 The European Championships got underway in Split this morning, with the first round of the female tournament, while the warming up for the men’s tournament is close to an end.

The male competition at the 35th European Championships begins on Monday. The competition format has been unchanged for years. It is the same as at the World Championships. Sixteen teams are Split into four groups. The four group winners qualify for the quarterfinals, while the 2nd-placed and 3rd-placed will meet in the crossover round (the road to the medals is at the end of the article).

We start our preview of the men’s tournament with groups A and B.

Find out the stats and facts about the teams, the schedule, the road to the medals, and the list of all medal winners. The second part of the preview comes tomorrow.

Two former European champions, Italy and Montenegro, are front-runners in Group A. Montenegro has had more successes than Italy in recent years. The “Settebello” haven’t won a medal since 2014, and they haven’t climbed the highest step of the podium since 1995. Still, Italy is the first favorite here, considering the results achieved this year.
Italy has missed only two editions of the European Championships (the first and the third championship – 1926 and 1931) and they have won 11 medals (3, 2, 6). 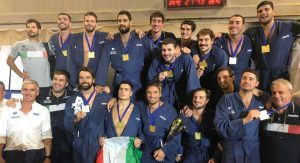 The Italians have overcome the usual troubles in generational switches very quickly. Playing without a few very experienced players, who were the pillars of the team until 2021, they opened this summer excellently – with silver at the World Championships and gold in the World League. They have had quite good results in the preparations winning two very strong tournaments (Sardinia Cup and Serbia 2022 tournament), which is a nice encouragement with all results in official competitions.

Since its independence, Montenegro has been a regular participant in the European Championships. The Montenegrins debuted in Malaga in 2008, winning the title. After that, they added two silvers and the bronze medal to the treasury. The generational change in the Montenegrin team hasn’t passed so painless as in Italy. The Montenegrins had ups and downs this summer, but their last rehearsals before Split proved that they had improved their shape. They beat Spain in the preparations and play much better than at the beginning of the summer. 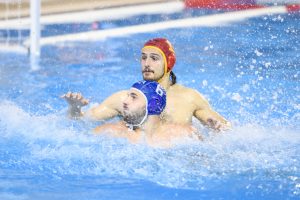 Georgia’s most significant success at the European Championships was 10th place two years ago. The only team of the ex-USSR countries in Split debuted at the World Championships this year and finished 10th. They caused a lot of headaches to the favorites in Budapest. Montenegro and Hungary had trouble beating Georgia, the team whose pillars are players from the ex-Yu countries, coached by a Serb Dejan Stanojevic. Italy and Montenegro mustn’t underestimate the Georgians, who can surprise.

Slovakia will play at the European Championships for the 4th time in a row. The Slovaks didn’t have much success in the previous three editions. They didn’t finish higher than 13th place (2016). Early in the 21st century, Slovakia was occasionally a very high hurdle for the favorites. Yugoslavia (Serbia and Montenegro) narrowly beat the Slovaks (8:7) in the quarterfinals on their way to the title in 2001. Slovakia finished 8th then, and 7th two years after. If Slovakia finishes 3rd in this group, that would be more than a good result.

There is always at least one “group of death” at big sports tournaments. Group B is considered the toughest one in the male competition in Split.

Host Croatia, Olympic silver medalist Greece, and France, the team that has constantly been progressing in the past few years, are here with the only underdog Malta. 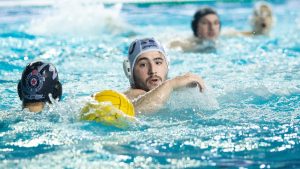 Greece made history by winning Olympic silver in Tokyo. After that success, the European Championship remains the only major competition in which Greece’s male team hasn’t won a medal. The Greeks reached the semifinals twice but finished 4th on both occasions.

This year has already been successful for the Olympic silver medalists, who won bronze at the World Championships. They repeated their best-ever result at the Worlds (third place in 2005, 2015 and 2022). Greece has done a lot in the last 13 months, but it is still hungry for success.

The Croats have a chance to take revenge in Split on Friday, in the 3rd round of the Preliminary Stage. 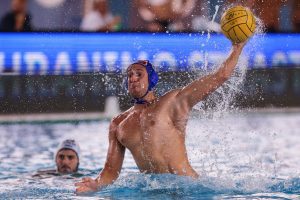 Newcomer to the Croatian national team Konstantin Kharkov was the best scorer of the 2020 ECH, playing for Russia Photo by S.Sandic/VSS

Host Croatia has played in the semifinals of the European Championships ten times and won four medals (gold, two silver, bronze). It failed to qualify for the semifinals just in 2006, 2012, 2014,and 2016. The Croats won their only European title at home court – in 2010 in Zagreb. We’ll see if Split will be a lucky city for the home team. Croatia is always medal contender, but the home field advantage can be “an extra player” and a burden simultaneously. The Croats had ups and downs this summer, but they are able to run the race for medals. The team is, like many others in the Championships, a mix of younger and experienced players.

Greece and Croatia didn’t avoid problems with injuries and health, and will play without some of the key players (Greece’s Fountoulis and Zerdevas and Croatia’s Vukicevic will miss the tournament)

France won a silver medal in its debut at the European Championships. But, it was in 1927, at the 2nd edition of the Europeans. The French were among the top 4 at the 1936 Olympic Games. They finished 6th in the Europeans three times in the 1930s, but after WW2, the quality of water polo started decreasing. France’s biggest success at the ECH in the 21st century was 9th place in Belgrade in 2016. But, the next year, Paris was awarded the 2024 Olympic Games, which greatly influenced French water polo. 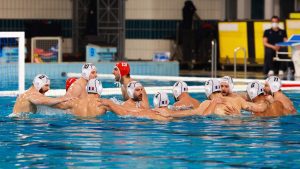 Some things have started changing for the better. The country started taking more care of water polo. In 2019, Marseille became the first-ever French club with a European trophy (LEN Euro Cup). The national team proved its progress by winning 4th place in the World League. Nobody can underestimate the French anymore and can’t count on easy points against them. France isn’t a medal contender, but it is a team that is able to upset favorites.

Malta has played three times at the European Championships. The Maltese have recorded only one win so far, beating Turkey in the 15th-place match in their debut in Belgrade in 2016. It’s hard to expect they will achieve their second-ever victory in the group stage in Split. Still, Malta will have a chance in the classification matches. 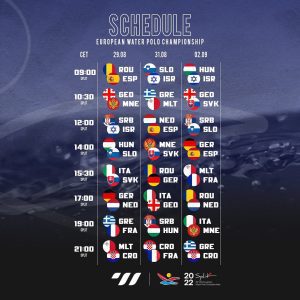